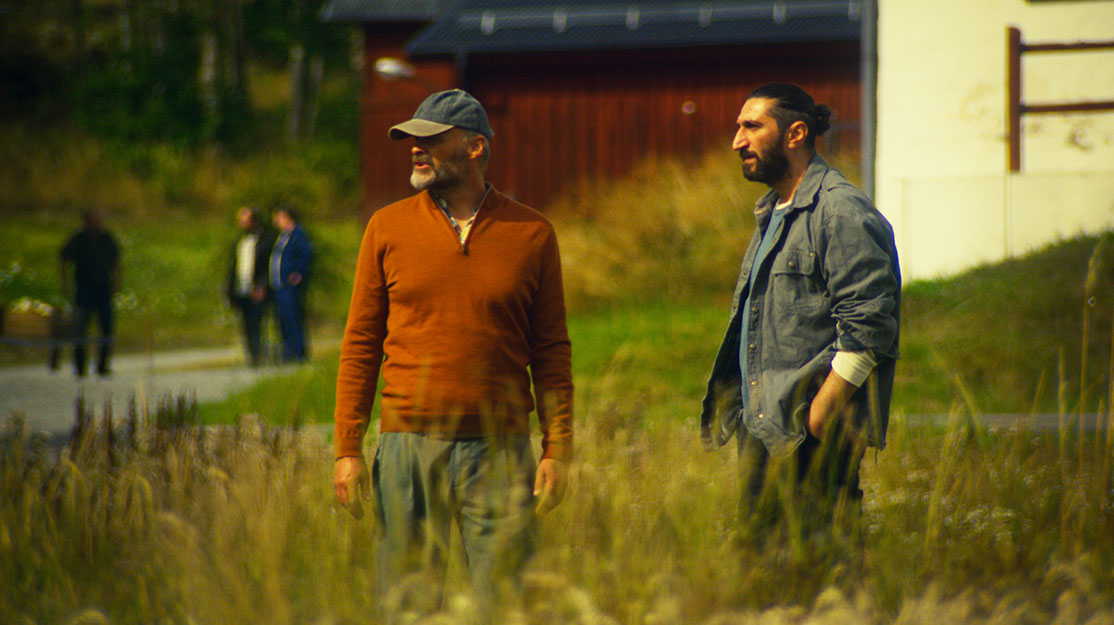 Actor Fares Fares tells DQ how returning home to Sweden for his latest project, crime thriller Partisan, gave him the opportunity to work in front of and behind the camera.

In the past decade, actor Fares Fares has become an international star thanks in part to film roles in Zero Dark Thirty and Star Wars spin-off Rogue One and US TV series such as Tyrant and Westworld. He also appeared in Emmy and Bafta winner Chernobyl as a Russian soldier given orders to shoot all the pets left roaming the area surrounding the nuclear reactor following its explosion.

But having made a name for himself in Sweden in crime series Maria Wern and the Snabba Cash film franchise, Fares was always looking for the right project to bring him home. Viewers across Scandinavia will now see him headline a series for the first time since his Hollywood breakthrough in streamer Viaplay’s latest original drama, Swedish crime thriller Partisan, in which the setting is as mysterious as its characters.

Fares plays Johnny, a truck driver who escorts two young girls to beautiful, idyllic Jordnära, a gated community that runs a successful organic farm distributing vegetables. A new employee within the community, Johnny spends time getting to know Nicole (Sofia Karemyr) and Maria (Ylvali Rurling), who are being fostered there during the summer months. But almost immediately, Johnny senses all is not well within Jordnära. And as he seeks to discover the truth, it seems Johnny has secrets of his own.

“I’d been thinking I really wanted to do something in Swedish and it just happened that I’d never really found a project I liked and wanted to do,” Fares tells DQ on the phone from Stockholm. “Then this one came up. My girlfriend was pregnant at the time and we had to stay in Stockholm last summer anyway. Because of that, it was perfect timing.”

Lebanon-born Fares isn’t just the leading actor in the series, however. He is also the creative producer, having developed the show with director Amir Chamdin.

“We had been talking about working together for a while and some projects came up but I didn’t really like them. We didn’t find anything we could agree to work on,” Fares says. “He came in with Partisan and I could see something in it. I said, ‘If you want, we can start from scratch and I could come in as a creative producer and a writer of the show, and that would be interesting to me.’

“Warner Bros agreed to it, so I sat down with Amir and we literally scrapped everything and started from scratch, and together we came up with what Partisan is today. I came to this project not as an actor but as a creative producer.”

At the centre of the story is Jordnära itself, which is as much of a character as Johnny, and equally mysterious. Fares says the gated community is a metaphor for modern society and the way extreme politics is becoming normalised. “Before the coronavirus, things were happening in Europe and around the world where certain people had thoughts and ideas and people were getting used to them,” he says.

“For me, the idea was to create a world where you could criticise society, but not shove it in the face of people. We could create a world that, on the surface, is the most perfect place you can imagine – and then you sneak in those dark secrets.”

Having loved his first experience writing for the screen, Fares says he is keen to continue in that creative role. However, he’s also sure that he doesn’t want to combine on- and off-camera work again. “It takes a lot of energy. It’s like doing two things at the same time,” he explains. “It worked here, but next time I want to separate the two. I want to keep on doing the creative producing and writing parts, and hopefully also do some directing, but keep the acting separate.

“I couldn’t just leave the writing. When I went to set, I put on my costume and became Johnny when the camera was rolling and between takes. When I wasn’t shooting anything, I was sitting with Amir behind the monitor and producing. We also had to write some scenes we didn’t have. Sometimes, when you start filming, you notice that maybe an extra scene would be good, so I’d write that at the same time. It took a lot of energy.

“Normally when I play a character, I do a lot of preparation, get into the world and try to learn as much as possible about him and the world around him. I was a little bit afraid this time that the acting part was going to suffer a bit because I didn’t have as much time. But I actually realised when I was on set that I knew the world more than anyone else. The hard part was trying to relax between takes and whenever I wasn’t shooting. Physically and mentally, it’s hard to do both things at the same time.”

Fares is reluctant to talk more about Johnny and what happens in the series, owing to the numerous twists and turns the Warner Bros-produced series takes over its five episodes. That has also proven to be a hurdle in trying to promote the show to potential viewers ahead of its debut on Viaplay this Sunday.

“When we wrote it, we wanted to make a series where we could surprise the audience as much as possible to keep it interesting,” he says. “Then we realised trying to sell it [to the audience] was really hard because we wanted to keep as many secrets as possible. It’s really hard to talk about Johnny because the story unfolds with him. He’s a very sad man. He’s got this tragic event that happened in his life that he can’t get rid of. To me, he doesn’t really live anymore. He’s stuck. He’s definitely not living for himself anymore; he’s on a mission for someone else. That’s him.”

Distributed internationally by Federation Entertainment, the series also sees Johnny fear not just for his own safety, but also that of Nicole and Maria as he begins to feel increasingly protective of the two girls he brought to Jordnära.

“As he was the one who brought them there, he feels more guilty,” Fares adds. “When he first enters Jordnära, he doesn’t really know what’s going on. For him, bringing the girls wasn’t a big deal at the beginning, and then he realises he brought them into a very dark place and that it’s his fault. And because the tragic events from his life have to do with a daughter of his, he meets these two girls and feels more and more protective over them.”

While gated communities appear to shield those within from the outside world, the steel gates and barbed wire that surround Jordnära would appear to suggest something more dangerous lies within, as Johnny is set to discover.