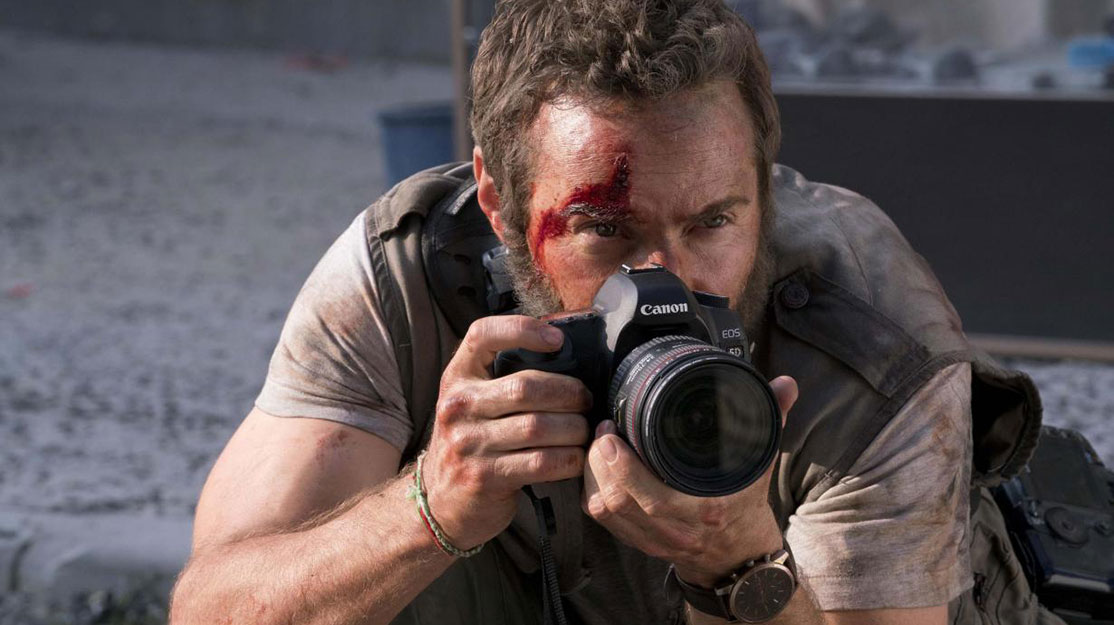 DQ meets the main players in four-part Channel 4 drama Chimerica, based on the hit play but updated to include the uncertain global politics of the Donald Trump era.

Lucy Kirkwood’s award-winning 2013 play Chimerica examined the shifting balance of power between East and West through the personal struggles of an American photojournalist.

The title is a portmanteau of the world’s two superpowers, and given the unstable feel of current geopolitics, it seems there’s no better time for a revival. Kirkwood has expanded and updated her work to create a four-part TV drama for Channel 4, produced by Playground Entertainment and distributed globally by All3Media International.

Crucially, the writer has moved the action forward to the 2016 US presidential election to reflect what’s happened since Donald Trump became a major player in global politics.

“Lucy has brought an emotional story to a relevant political aspect,” explains producer Adrian Sturges. “Moving the action from 2012 to 2016 naturally felt like the right thing to do because, in the meantime, Trump was elected and all the accusations of fake news and attacks on journalists have come more to the fore. It was felt to be a useful thing to grapple with in the overall piece.”

The story centres on fictional American photojournalist Lee Berger (Alessandro Nivola, pictured top), who is covering the war in Syria for a respected New York broadsheet. But when Lee doctors a photo in a bid to make the front page, he gets caught and exposed. He tries to salvage his reputation by searching out a new scoop – finding Tank Man, the lone protester who stood up to Chinese tanks during the Tiananmen Square protest of 1989. Back then, a young Lee had made his name by photographing Tank Man.

DQ meets cast members Nivola and Cherry Jones on set at Twickenham Studios in south-west London, where the characters’ New York apartments have been recreated. It’s Nivola’s first lead in a TV series after roles in films like Face/Off, Mansfield Park and American Hustle.

“I liked the idea of a character who became obsessed with one thing,” explains Nivola. “He’s got this singular focus about something that ended up really damaging the people who he felt this discovery would serve. That just seemed like a great paradox, that the road to hell is paved with good intentions.”

Nivola was also convinced Chimerica would have the directorial flair he looks for in projects under the stewardship of Michael Keillor (Line of Duty). “When you have one director directing all four episodes, you know there’s going to be some kind of continuity of the vision,” continues Nivola, who runs production company King Bee with his wife, British actor Emily Mortimer. He produced her comedy series Doll & Em for Sky Living and HBO and they currently have a production and distribution deal with Entertainment One.

Theatre legend Jones plays Lee’s long-time collaborator, Mel Kincaid. An Emmy and Tony Award winner most recently seen in Transparent and The Handmaid’s Tale, Jones describes her character as “a salty dog, a war journalist.” Mel has curtailed her career in war zones because she’s in treatment for alcoholism, so when Lee proposes she help him find Tank Man to lend credibility to any discovery he makes, she agrees.

Although Kincaid is male in the original play, Kirkwood turned her into a woman without altering the character or dialogue. For Jones, signing up was a no-brainer. “For one thing, you attach the name Lucy Kirkwood to anything and a theatre actress will jump up and come running,” she says with a chuckle. “And secondly, you say ‘London’ to me and I’ve already packed my bag. I would live here if I could.”

Jones consulted You Tube for tips on how to play a war correspondent. “I looked online at people like the great Kate Adie,” she says. “And there’s a great journalist called Deborah Amos who’s on NPR who I always love to follow – it seemed she was always crossing the border between Afghanistan and Pakistan, wearing brown contact lenses. It was so dangerous what these women were doing.”

Though set in New York and China, Chimerica was actually filmed in the UK and Bulgaria. Sofia’s Nu Boyana Studios has a New York City block that was dressed as Chinatown, and communist-era apartment blocks doubled for downtown Beijing.

Dunsfold Aerodrome in Surrey provided a decommissioned 747 for airplane scenes and, most impressively, served as the location of the series’ biggest set piece – recreating the Tiananmen Square Massacre of 1989.

New scenes are melded with archive footage to create the atmosphere of the Trump election and Tiananmen Square, explains Sturges. “We had a really good archive producer who searched high and low for real Tiananmen Square footage, and did a sort of archive edit in pre-production to make sure the Tiananmen scenes would all fit together – the burned-out bus and various bits of banners are copied from what was actually there, so although the original footage is pre-HD, we tried carefully to match what’s in the footage.”

Green screens and CGI were used at the airbase to suggest the scale of Tiananmen Square. “We managed to hire one of the Russian tanks the Chinese used in Tiananmen Square to stage the Tank Man moment,” continues Sturges. “It was terrifying – I hadn’t realised how loud they are. But it was fantastic to recreate that scene.”

A bonus was the crew discovering that two Chinese extras hired for the Tiananmen Square scenes had been at the original protests. “One said it was extraordinary how much it was like the original Tiananmen Square, which was great,” says Sturges. “We asked him what chants were being used. We had experts on set, but it was great to get that texture.”

Alongside telling a personal story against a global geopolitical backdrop, Sturges says Chimerica commemorates a pivotal moment in recent history.

“This summer it’s 30 years since the Tiananmen Square massacre and I haven’t heard of anything else that’s attempted to tackle that subject,” he says. “I hope people will find Chimerica thrilling and mysterious and illuminating on a subject they haven’t thought much about since it happened.”