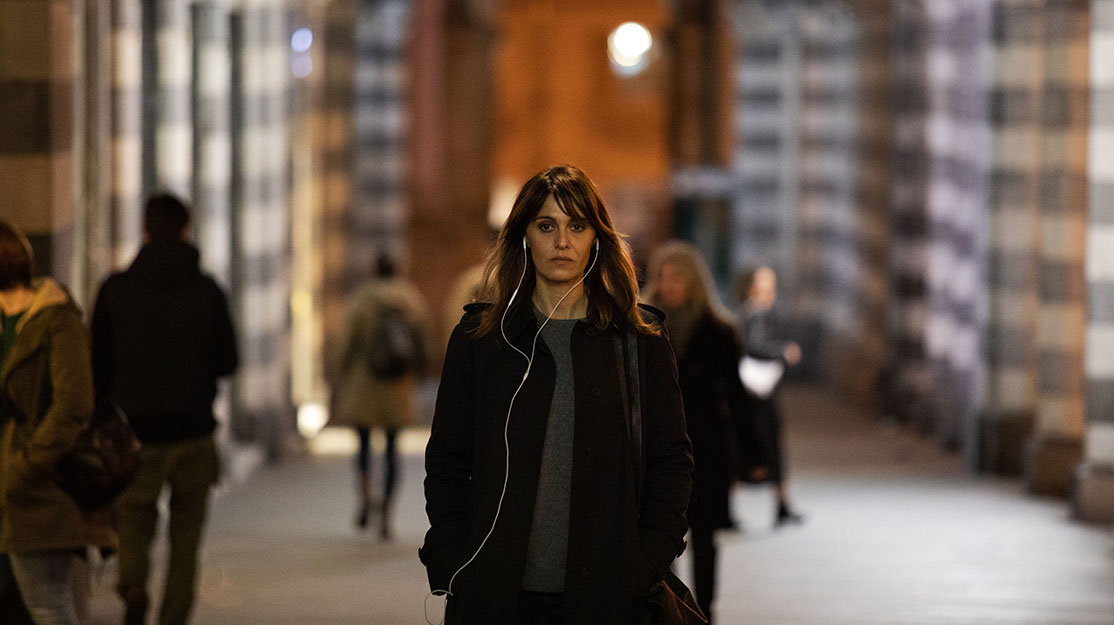 Italian actor Paola Cortellesi speaks to DQ about her starring role in Petra, the Sky Italia detective drama based on the novels by Spanish author Alicia Giménez Bartlett.

The Italian city of Genoa serves as the backdrop to Petra, a detective drama based on the novels by Alicia Giménez Bartlett.

Paola Cortellesi (Don’t Stop Me Now, Like a Cat on a Highway) plays the title character, Petra Delicado, a twice-divorced police officer working a lonely desk job for the city’s prestigious criminal investigation squad until she is suddenly promoted to the front line and tasked with solving violent crimes and murders.

The four-part drama sees her partnered with Antonio Monte (Andrea Pennacchi), an old-fashioned and disillusioned policeman as they tackle four different cases and overcome their initial differences to form a formidable partnership.

Commissioned by Sky Italia, Petra is produced by Cattleya in association with Bartlebyfilm and distributed by ITV Studios. The series marks the first television project for director Maria Sole Tognazzi, who previously worked with Cortellesi on the 2003 film Passato Prossimo (Past Perfect).

Spanish author Giménez Bartlett originally introduced Petra in 1996 novel Ritos de Muerte (Death Rites), which was published in Italy in 2002 as Riti di Morte. The character has gone on to feature in more than 10 novels.

Here, Cortellesi speaks to DQ about the series, playing Petra and filming in Genoa.

Can you introduce us to Petra?
Petra is a police inspector but she works in the archives. Since she’s a very private and self-sufficient person, that job suits her – but then suddenly, to replace a colleague, she’s catapulted on to a murder case. That’s when her path begins as an investigator on Genoa’s Homicide Squad.

She is described as an unconventional heroine. Why is this?
Because she’s so far from the usual roles – mother, wife, spouse, sister, confidante – traditionally played by women, both in fiction and in real life. In the past, she conformed to a certain feminine stereotype, but it was too constricting. Now she’s a maverick, free from ties and conventions. She says what she thinks and, above all, she doesn’t care a bit what others think of her.

How does the series show both her professional and personal lives? How does one affect the other?
Petra’s extreme life choices have made her incapable of compromise. That stance is not helpful at work, where she continually comes up against hostility, and is even less so in her personal life, where she hardly relates to anybody – except, of course, for the special partnership she develops with her deputy, Antonio Monte.

What can you tell us about the series and the cases Petra becomes involved with?
The complex investigations Petra and her deputy untangle are compelling and often affect them personally. In the course of their work, the two continually confront their own beliefs and prejudices, so the cases turn into a chance to ‘investigate’ their own complicated lives. In the series, like in the novels, their relationship gradually deepens until it becomes a solid bond. For me, the beauty of the story lies in their unique relationship.

How do you think viewers will feel about her as they watch the show unfold?
Petra is a character you can fall in love with, but it’s not certain she’ll return the affection. She has many internal conflicts and never reacts as expected.

Why were you attracted to the role?
I love Petra because she’s an unusual female character, at least compared to how we usually see women portrayed in our country. Petra is a lone wolf, without attachments; she lives her sexuality freely, shuns the bonds of love and doesn’t care about pleasing anybody. At times, she’s downright off-putting, but she also has a great sense of humour. We’re already used to seeing all these characteristics in male figures, but in a woman they’re still unusual – and, for many, even unacceptable.

Were you familiar with the character from Alicia Giménez Bartlett’s novels?
I didn’t know the novels so when they proposed this project, I started reading them and I fell madly in love. I became a huge fan of Alicia and her wonderful stories.

Did you base your performance on the books or bring your own style?
The novels are so rich in detail that by reading them I was able to completely get inside every aspect of Petra’s character. I used those traits to interpret the stories adapted for the series. As she’s a fictional character and is never described physically in the novels, I think readers have imagined her in their own different ways. But now she’s taken my form, so for sure there’s something of me, though I tried not to stray in any way from the author’s description.

What was it like working with director Maria Sole Tognazzi?
Working with Maria Sole is a true gift. She has the strength of a commander and the sensitivity of a sister. She loves the acting profession and sees to every detail. We’ve known each other for 20 years, since I had the pleasure of being cast in her first film, and now we get to work together again. Being directed by her is a privilege.

How is Genoa used as the backdrop to the show?
I think it was a brilliant idea to set the series in Genoa. It is a northern port city, with so many varied landscapes and social contrasts. Its qualities are not that different from the Barcelona described in the novels. Of course, I already knew Genoa, but I’d never had the opportunity to stay for long. With Petra, I was able to explore it, enjoy its beauty, and really get to know those who live there. It’s so full of surprises that you end up feeling you can’t ever know it enough, that you always want to know even more.

What was it like filming the series?
It was great. I was lucky enough to work with great artists and an exceptional crew. We shared the cold winter nights, the beauty of Genoa in spring and the sweltering heat of summer in Rome, the fatigue of the action scenes and the emotions of the most intimate moments. On set, it’s like a family – you participate in the lives of others and put your own life out there. It was an unforgettable experience for me.

What was your most memorable scene?
It’s tough to choose, but one certainly comes to mind in the second episode, Dog Day, when Antonio Monte has an emotional breakdown and goes to Petra for solace. Andrea Pennacchi’s interpretation was so heart-wrenching that we all actually felt sorry to see him in such pain!

What was your biggest challenge?
Finding the precise tone, the right ‘temperature’ to interpret an ‘unloveable’ character in a loveable way, a woman so full of contradictions and so apparently disagreeable. That was definitely the biggest challenge.

Why do you think audiences are drawn to complex characters such as Petra?
Because she always does the unexpected. Or at least that’s the reason I fell in love with the character when reading the novels.

Italian drama has become hugely popular around the world. Why might international audiences tune in to Petra?
I hope because they grasp the original and unusual aspects of this series: the complexity of the characters, the unique atmosphere, the snappy and witty dialogue, and the beauty of Genoa, which is still seen so rarely in films.

What are you working on next?
I’ve just finished a comedy I worked on as both screenwriter and actress. It’s the sequel to a comedy we did three years ago, which was a great success. It’s about relationships between opposite social classes and how they just can’t last. It’s titled As a Cat on a Highway – you know, what could possibly have a shorter life expectancy than that?