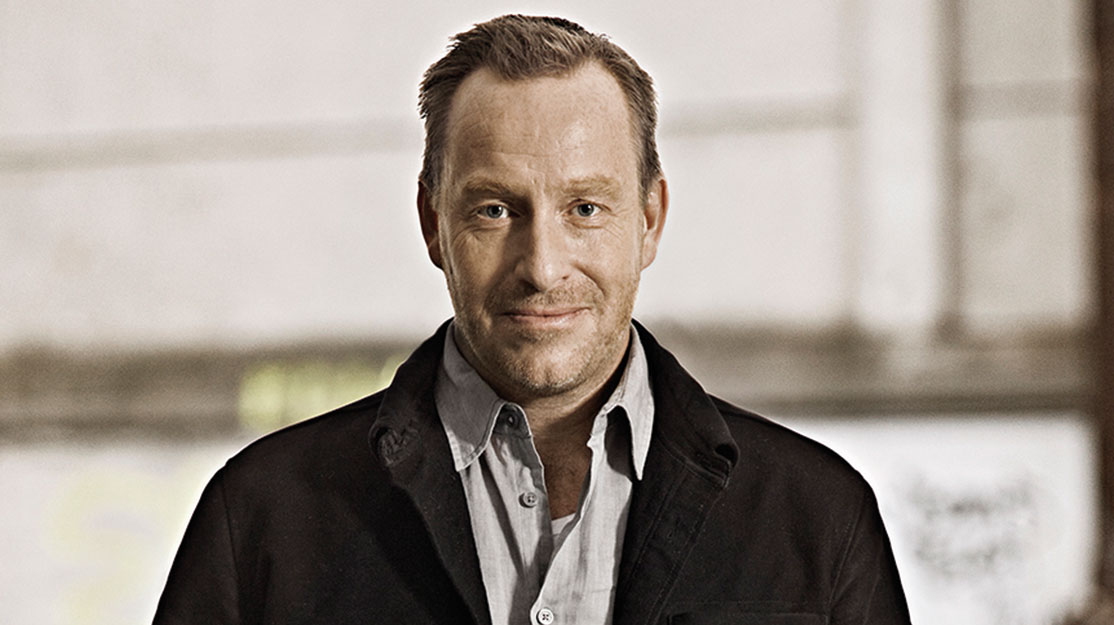 A family of priests are at the centre of Herrens Veje (Ride Upon the Storm), Danish writer Adam Price’s follow-up to political drama Borgen.

From a topic that may not immediately seem the most exciting – coalition politics in Denmark – Borgen creator Adam Price (pictured above) crafted a captivating drama that gripped audiences around the world. And now, turning his attention to religion in the forthcoming Herrens Veje (Ride Upon the Storm), the writer is hoping lightning will strike for a second time.

The series reunites Price with producer Camilla Hammerich and Danish broadcaster DR to tell the story of a family of Danish priests. While one son has followed his father into the priesthood, his brother has chosen another path.

The cast is headed by Lars Mikkelsen and Ann Eleonora Jørgensen as the parents, with Simon Sears and Morten Hee Andersen as their grown-up sons.

“I can think of no other broadcaster in Denmark that would be willing to tell a story that is as tricky, difficult, demanding and potentially provocative as this will be,” Price says. “My last show dealt with politics and I thought, ‘Where do I move from this?’ You can [take inspiration from] so many emotions as a writer – the emotion for this show is definitely curiosity.

“In the times we are living in now, it’s almost more political to write about religion than about politics – because when we’re talking about integration, immigration, social issues, geopolitics and terrorism, we are in fact dealing with religious issues. It is one of the great topics of our time.”

It’s the family at the centre of the story through which such issues are explored. “If you want a compelling story, you need to tell it from the point of view of the characters,” says Price. “It would be very difficult to talk about religion from too aloof a position, to talk about great ideas, religious history. It’s too big. You need to pull it down to a human level. The characters must always be at the heart of the story.”

DR is producing Ride Upon the Storm as a coproduction with French-German network Arte and SAM le Français, in association with distributor StudioCanal. The series, which is being filmed in Denmark and Spain, will debut this fall with 10 episodes, while DR has already ordered a second 10-episode season scheduled to air in autumn 2018.

Alongside Forbrydelsen (The Killing) and Broen/Bron (The Bridge), Borgen is regularly held up as one of the TV dramas that brought Danish – and Scandinavian – drama front and centre on the world stage.

“Nobody ever thought Borgen would travel or moderately interest an audience because, when you pitch the series, everybody should be running away screaming,” Price jokes of its niche political content. “Religion is definitely just as difficult a main topic as politics, but if you have captivating character stories then you can talk about all the difficult things on top of that. That was the way we told the stories of Borgen so I’m delving into the same bag of tricks. I hope it will still work.”

With the show in development for two-and-a-half years, Price spent six months working on Ride Upon the Storm by himself before setting up a small writers room, just as he did with Borgen, which was penned by just three writers for the first two seasons. Staff writers Karina Dam and Poul Berg joined Price in writing the first 14 episodes across Ride Upon the Storm’s two planned seasons, while Price and Dam are completing the final six episodes together.

The writers room, however, was more than just a collaborative effort. Price explains: “It was very important for me to have different attitudes of faith in the writers room – Karina is a Christian, Poul is probably an agnostic and I guess I am a non-believer myself, but a very curious one. It’s important in a show
like this that we take religion and faith extremely seriously.

As the head writer, Price is typically hands-on across the entire project, overseeing up to six drafts of each script before they are approved for shooting. “I try to sketch out the full season because we need to know what we are moving towards so we don’t invent the world anew every time we storyline and pitch an episode,” he says. “It’s very important to know the end point on the map, so that while we can make many interesting and meaningful detours, there is a very clear course set for the whole story.

“The actors know the characters’ mid-points and end points in the season. We discuss that vividly with them every time we meet. If a character is to suffer a nervous breakdown in two or three episodes’ time, the actor has a right to know so they can build up to that moment and it won’t be a steep mountain to climb in the actual episode. It’s so important that we can see small traits of [such a plot point] in the way the character behaves a few episodes in advance.”

Research is another part of Price’s writing process, but he says it’s important not to become “lost” in details that can limit creativity in the writers room. A priest has also been on hand as a religious advisor, sitting in the room once a month to listen to pitches for the next block of episodes.

“With reference to Borgen, it’s one thing to step on a person’s political beliefs, but it’s another entirely to step on their religious faith,” Price explains. “We need to know when we’re stepping on any toes; we can’t step too wildly and in all directions without researching or planning quite thoroughly. This is definitely territory where people can be very upset. It can and will probably happen.”

After the success of Borgen, which ran on DR for three seasons and starred Sidse Babett Knudsen as the Danish prime minister, Price admits he tries not to concern himself with the expectations over his follow-up series, which is coproduced by the SAM label founded by Price, fellow writer Søren Sveistrup (The Killing) and producer Meta Louise Foldager Sørensen (A Royal Affair) in 2014.

Also on SAM’s slate is Gidseltagningen (Below the Surface), a hostage drama for Denmark’s Kanal 5, and Mercur (Something’s Rockin’), a radio station-focused show that launched in March on TV2 Charlie. The company also has projects in development in Denmark and the UK, as well as the US with HBO and AMC.

“The Danish industry has changed – it has become much more international,” Price says. “We should just be grateful that we’re able to finance these shows with big countries in Europe and across the world.

“Now they know our shows – and if we can do something as good as The Killing, they want to be a part of it. That’s a great privilege because it allows us to tell even more ambitious stories. We are standing on the shoulders of our own success, which is very demanding but also a great privilege.”