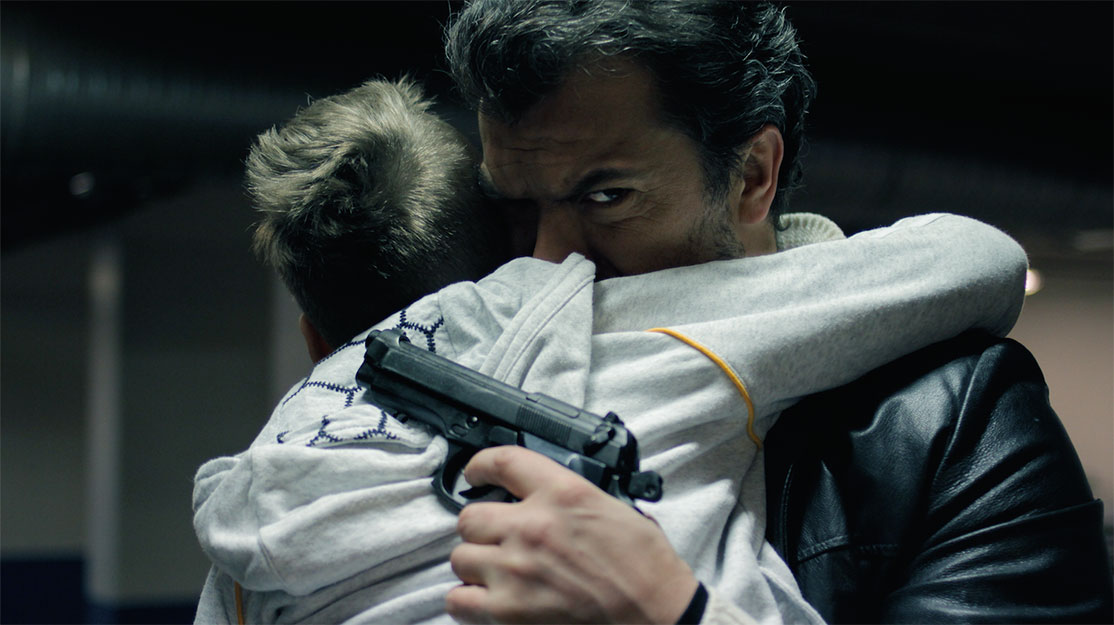 Other side of the law

Swedish actor Dragomir Mrsic and producer Nicklas Wikström Nicastro tell DQ about crime drama Alex, which turns the ‘good cop’ image on its head with a story about a corrupt officer in the pocket of the mafia.

When it comes to discussing his personal life, Swedish actor Dragomir Mrsic is as candid as they come. “Twenty years ago, I was on the other side of the law,” he admits. “I committed some robberies and was in jail, I escaped from court – I had a really bad life.”

It was through his life of crime, however, that he says he came to meet different kinds of police officers, the sort of cops that weren’t always portrayed on screen.

“I’ve been interested in movies since I was a kid – Alain Delon, Jean-Paul Belmondo, Dirty Harry, all kinds of cop movies,” says Mrsic, who co-created the series. “In Sweden, we have something similar to these cops, they are a little a bit older and always the good guy, but I wanted to show something [on television] that is more realistic to how we have it in Sweden because I’ve met them close up and they’re not always like this. So the idea came from there.”

Mrsic is talking about Alex, a six-part crime drama produced by SF Studios and Nevision for Nordic streaming platform Viaplay and distributed by About Premium Content. It debuted in November last year but had been in the works for eight years by the time it finally aired.

The actor had initially shot a short teaser to pitch to potential producers before he teamed up with Nicklas Wikström Nicastro and they began evolving the series, which Mrsic says has always been rooted in real life.

“It’s interesting because it’s based on reality,” he says. “Nothing has been made like this. I hope people enjoy it.”

The drama centres on Alex Leko (Mrsic), a police officer who earns extra cash by carrying out small jobs for the local mafia. When his detective partner gets killed in shady circumstances, Alex tries to cut his ties with the mob, they kidnap his son in return for one last job – to unmask a police snitch in their ranks.

The series is written by Niklas Rockström and Michael Hjorth, based on an idea by Mrsic and Mikael Cross.

“We were blown away by it. We loved the idea instantly and then we had to crack the story,” says producer Nicklas Wikström Nicastro. “It took a long time to develop but it is the reality of Scandinavian society. There is corruptness. It’s not as black and white as in traditional Scandinavian noir, where the cops are always good and you always see the good guys against the bad guys. We see that on the public broadcasters, everyone likes it. But movies could show police officers who were heroes, but they’re still doing coke; they have a bad side.

“HBO, Netflix and other streaming platforms and cable channels have much more value in the market now and when we pitched it to Viaplay, I have never closed a pitch so fast. They loved it. So the timing wasn’t right eight or six years ago. The timing was right now.”

What sort of partner has Viaplay been? “From my perspective, they are involved but they’re so respectful,” Nicastro says. “They want to know what’s the genre, what’s the big picture. We’re really doing a show with them, not for them. It’s a pleasure to work with them.”

Looking to push Alex further from the norms of Scandinavian crime series, the visual style also offers something different from anything else on television.

“It’s dirtier, but at the same time it’s more cinematic,” explains Nicastro. “You have really dramatic action.” One scene he describes sees Alex pinned down in a fire fight as he trades bullets with an enemy. “It’s a one-take steadicam shot. So it’s not Scandinavian noir television. We really wanted to push the visuals so it’s something within the Scandinavian noir spectrum but one step further.”

Mrsic, who says he didn’t go home for the 14-week shoot to ensure he could stay in character, continues: “The car chases look amazing, you don’t see them so often [in Swedish television]. Usually in Sweden, when you have a car chase, you see the start and the stop, you don’t see them in action.”

With season two already in development, Nicastro says the biggest challenge of making any series today is staying ahead of the audience.

“The audience is getting so much smarter all the time,” he says. “Just look at the biggest shows we have, Breaking Bad or Game of Thrones. You sympathise with characters who have so many dark sides, and that’s the same with Alex.”

But he warns that as with every trend or popular cycle, international interest in Nordic dramas could one day fall out of fashion.

“That is why we have to find ways to renew it,” he adds. “Ten or 15 years ago we had Wallander – old guys in trench coats solving crimes. Then we had the Millennium films. We made a trilogy called Easy Money, it made a few waves and was groundbreaking.

“Today, we’re still doing great things. The whole genre of Scandinavian noir is very broad and lots of things fit into it. But we have to find ways to renew and push ourselves, and because if we were still making shows about men in trench coats solving crimes, no-one would care. We have to push ourselves. The bar is being raised all the time, the audience is getting smarter all the time. There are no easy ways [to succeed], basically.”