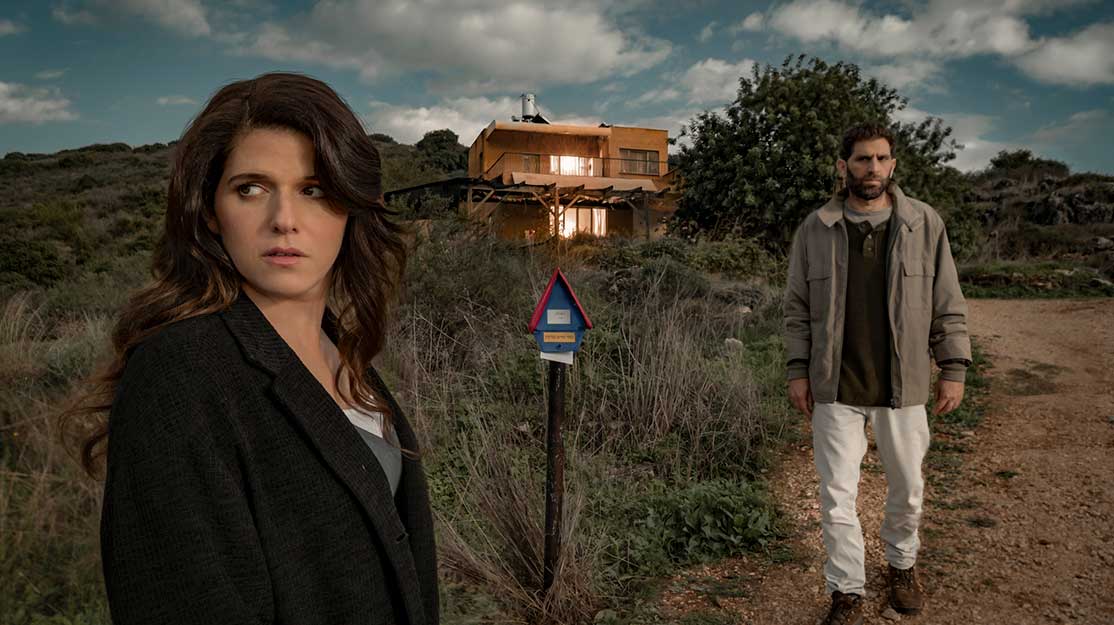 Israeli writer/director Keren Margalit discusses the making of her latest drama Sleeping Bears, which tackles issues of trust, and opens up about the creative process behind her screen work.

Psychologists and therapists are privy to some of their clients’ deepest secrets – so what happens if those secrets are suddenly exposed? That’s the question at the heart of Israeli drama Sleeping Bears, which also asks whether we are able to truly trust the ones we love.

The 10-part series centres on Hadas, a teacher at a school for high-risk pupils, whose world collapses around her when she receives an envelope containing pages from her psychologist Ya’akov Eshel’s diary – papers documenting their private conversations. When Ya’akov is unexpectedly killed in a car crash, Hadas is forced into a desperate search to find the anonymous sender as she faces truths she has kept hidden from her loved ones.

Blending elements of family drama and captivating thriller, it’s the latest series from writer/director Keren Margalit, the award-winning creator of Yellow Peppers, which was adapted in the UK as The A Word. Produced by July August Productions for Keshet Broadcasting, it is distributed by Keshet International.

Margalit first conceived the idea behind Sleeping Bears while working on Yellow Peppers, but it wasn’t until she made the second season of that show that she sat down to work on her latest series. “The idea goes round and round for many years. This is the tendency of ideas,” she says. “You have one and then you go to sleep and it pops up again, and when it pops up for the sixth time, you think there’s probably something there. Even now, there are a million ideas spinning around but I don’t know if they will become something. I had to research it without knowing what it was.”

The idea for the series soon took shape, however, and was boosted by making the central character a teacher – a decision that was inspired by a programme Margalit saw about people who leave their careers to go and work with troubled kids. She subsequently spent time working at a school as a teaching assistant.

Her writing process is dictated by one essential element. “The trick of deadlines is amazing,” she jokes. “You have no money, it’s been too long since your last project, and how long can I run over The A Word, which isn’t mine really. So that was the moment I sat down and started doing this. I have a script editor who works very closely with me and she also shouts at me, and we did it!

“But it took a lot of time this time. I knew the idea, I knew who [sent the secret letter], but I needed to fix the story and this happens through writing. It started to awaken.”

Margalit wrote all 10 episodes herself, an unusual step given the large episode order but one that was necessary, as when she started writing, she didn’t yet know what would happen before the story reached its conclusion.

“I just don’t know what’s going to happen so I don’t have anything to give anyone, so I have to do it myself,” she says. “I also hate conflicts, so with myself [directing] I can handle it.”

As for whether she prefers writing or directing, Margalit says: “If I had to choose something, I choose writing but I don’t think I could direct someone else’s script. It’s partly because I continue to write while directing. You bring this story to life and you do that though directing. And I’m making changes on set. On Yellow Peppers, some of the best scenes were created on set. You also need to find what is happening now, what’s happening at the same moment. That’s directing. If there’s another director, he can’t do it because he doesn’t have the freedom to change anything.”

The cast of Sleeping Bears is headed by Noa Koler, who plays Hadas, alongside Yossi Marshak as Hadas’s husband Dari, Ola Schur Selektar as her best friend Iris and Yaakov Zada Daniel as Shai Gabai, the principal of the school where Hadas works.

“When I read the script, I felt many things,” Koler tells DQ. “One of them was fear; it was scary. Could I imagine myself doing these suspense scenes? I fell in love with Hadas – she’s going into a big war and she’s a strong and brave woman, and I don’t consider myself as one. I guess I am in some way, but not like Hadas. Hadas is a very strong woman and she’s at a point where she has to choose how she wants to live her life. I wanted to play that part very badly. I didn’t know if I could do it or do it as well as in the script.”

The actor describes Margalit as “unique, there’s no one like her,” and says she demands her cast give their all to their characters. “She knows what she wants and she can’t stand fakes or phonies or someone never giving themselves truly,” Kooler says. “She feels everything. There’s not a second in the series that is there by mistake. She’s amazing, she’s one of a kind.”

Getting the best performance from her actors is all about using what is happening in the real world to channel their emotions into their character, Margalit says. “You have to look at what’s happening in the moment all the time and not be automatic,” she explains. “There’s always some new condition under the surface. People are very difficult creatures, they’re so full of layers and you have to find the right layer for this approach and what feeling is going on in there. So that’s a nice game for me. Let’s see how we can translate that and make something interesting and different [on screen].”

Koler adds: “It’s an amazing opportunity for me as an actress to have this range of emotions. It’s funny when I have to run – I’m not that sporty, but [my character is] so afraid. And I love that there are some moments of humour in her life. It was very challenging, fun and tough.”

With a career spanning series including BeTipul (In Therapy), autism drama Yellow Peppers and now Sleeping Bears, Margalit tells stories about big things happening to regular people. “People can be larger than life, but these people are the exact same size as life,” she says. “They’re not expecting to do anything brave. Usually they’re very frightened people who prefer to not get into trouble. They hide at home and trouble comes to them and they have to deal with it. It’s their worst nightmare. But Hadas can’t sleep through life, she has to take a stand and fight – that’s what she’s going through.”

Israel, now a notable force on the international scripted scene, is known for creating big drama despite the relatively low budgets broadcasters and producers have to play with. It all means character and emotion are put front and centre of series that force ordinary people to deal with extraordinary circumstances.

“When you have small budgets, you can’t do big shows and it forces the writer and then the director to find a solution. People want to watch people like them, people they can relate to. Hadas is a teacher, she’s not a prime minister or a spy, and I think it makes it a series that a lot of our audience can relate to.”