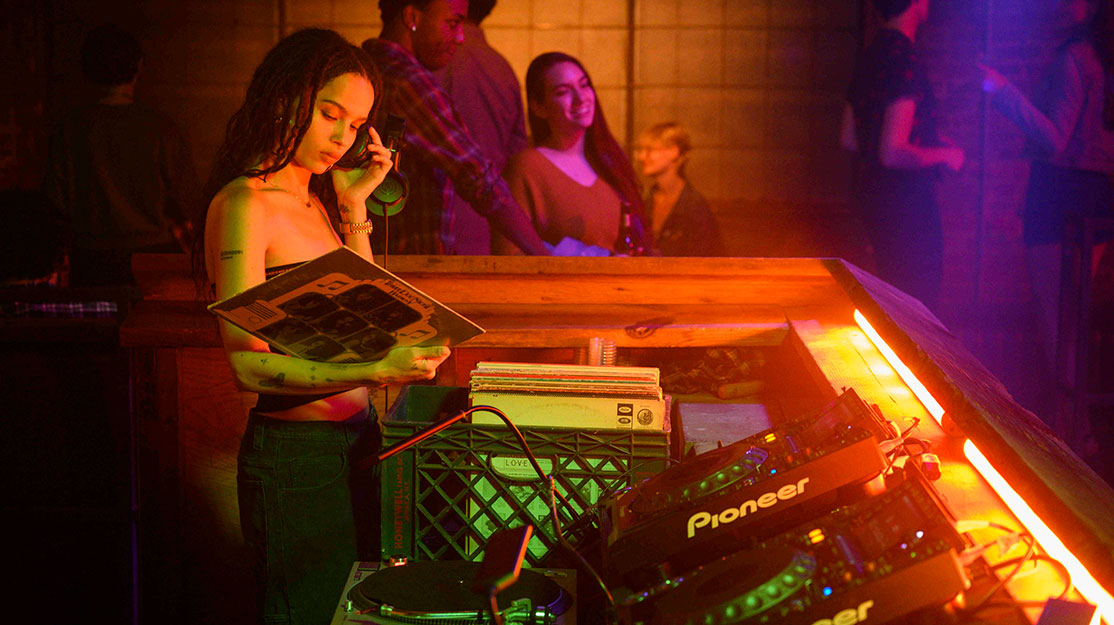 Ones to Watch: Actors

DQ casts its eye over a range of upcoming series from around the world and picks out 20 actors to tune in for, from Zoë Kravitz in Hulu’s High Fidelity to Marcel Rodriguez in German series Dignity. 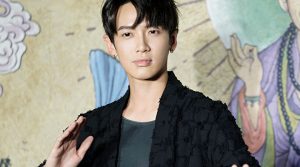 20. Kai Ko
The Taiwanese actor and singer is making his television debut in what has been dubbed Taiwan’s most expensive drama ever. Described by producers as an ‘Asian Constantine,’ fantasy crime thriller Agent from Above is based on the book of the same name and tells the story of supernatural crime-fighter Han Jie, who is serving as a heavenly agent on Earth and must defeat demons and solve crimes in order to atone for his sins. The six-part series is expected to cost NT$30m (US$1m) per episode. 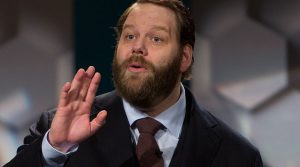 19. Ólafur Darri Ólafsson
Recognisable from Icelandic drama Trapped and countless English-language series, including The Widow, NOS4A2, Emerald City and The Missing, Ólafsson is now set to star in Icelandic political drama The Minister. He plays Benedikt Ríkhardsson, a politician with a unique approach to politics as he rides a wave of discontent to become the country’s prime minister – all while hiding the fact he suffers from bipolar disorder. 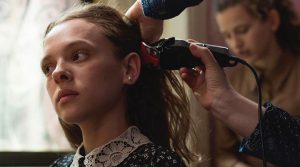 18. Shira Haas
With credits including Harem and The Conductor, Israeli actor Haas takes the lead in Unorthodox, a four-part miniseries from showrunner Anna Winger (the Deutschland series) in which a young ultra-Orthodox Jewish woman in New York flees her arranged marriage and religious community to start a new life in Berlin. The series explores female emancipation, identity and sexuality through the experience of a unique young woman, Haas’s Esther. 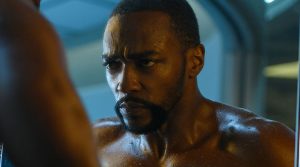 17. Anthony Mackie
Television appearances are few and far between on Mackie’s CV, but 2020 is going to be different. First, the actor stars in the second season of Netflix’s Altered Carbon, set in a future where a person’s memory and consciousness can be transferred between different bodies, known as ‘sleeves.’ He plays Takeshi Kovacs, a character portrayed by Joel Kinnaman in season one but with Mackie now serving as the character’s host body in its second run. Meanwhile, following his success as Sam Wilson (aka The Falcon) in Marvel’s Avenger films, Mackie will reprise the role in Disney+’s upcoming series The Falcon & the Winter Soldier, which picks up after Sam was handed Captain America’s shield at the end of Avengers: Endgame. 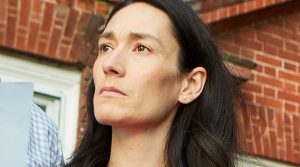 16. Sian Clifford
The Emmy-nominated actor starred in Fleabag alongside Phoebe Waller-Bridge, bringing to life the title character’s tense, uptight and high-achieving sister Claire with a performance that was one of the best things about the series. Having previously appeared in period drama Vanity Fair, Clifford will next be seen in Quiz, a three-part miniseries that dramatises how Charles and Diana Ingram (Matthew Macfadyen and Clifford) attempted to cheat their way to the top prize on gameshow Who Wants to Be a Millionaire?. She will also star alongside Game of Thrones’ Maisie Williams in Sky comedy Two Weeks To Live, about a daughter who steps away from her mother’s life of seclusion and survival techniques and sets out into the real world. 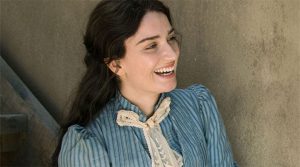 15. Eve Hewson
Irish actor Hewson will already be familiar to US viewers after starring in medical period drama The Knick. This year she joins Eva Green in The Luminaries, based on Eleanor Catton’s Man Booker Prize-winning novel. Hewson plays young adventurer Anna Wetherell, who begins a new life in New Zealand, set against the backdrop of the 1860s gold rush in a story of love, murder and revenge. She will also appear in Netflix psychological thriller Behind Her Eyes, about an unconventional love triangle that reveals a dangerous web of secrets. 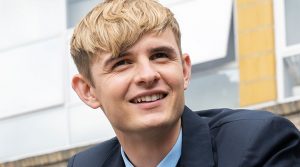 14. Otto Farrant
After an extensive casting search that scoured agents, schools and drama groups, Farrant was chosen to step into the shoes of Alex Rider in a small-screen adaptation of Anthony Horowitz’s novels about the young spy. Some 14 years after Rider appeared in movie Stormbreaker, Farrant brings energy and charm to this story, based on the novel Point Blanc, of a schoolboy who discovers he has been secretly trained as a spy and is then sent on undercover by a shadowy government agency. 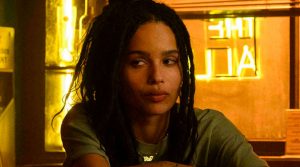 13. Zoë Kravitz
In a cast that boasted Hollywood heavyweights such as Reese Witherspoon, Nicole Kidman, Laura Dern and Meryl Street, arguably the breakout performance in HBO’s hit series Big Little Lies came from Zoë Kravitz. Her career has been built on film roles in Mad Max: Fury Road, X-Men: First Class and the Divergent series, while she will soon play Catwoman in upcoming movie The Batman. For now, though, she is starring in High Fidelity (pictured top), the Hulu series based on Nick Hornby’s novel that flips the lead character’s gender to introduce Kravitz as Rob, the owner of a record store who revisits past relationships through music and pop culture, while trying to get over her one true love. 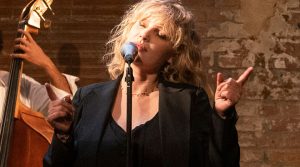 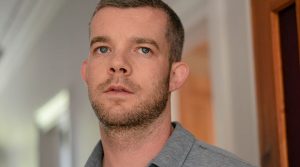 11. Russell Tovey
Tovey has grown up on British screens, notably starring in the History Boys stage show and its subsequent movie adaptation and then supernatural drama Being Human. Last year, he was a key member of the cast of Russell T Davies’ dystopian family saga Years & Years, while in 2020 he has already appeared in Flesh & Blood, playing one of three siblings suspicious of their widowed mother’s new love interest. Tovey’s character shines a light on toxic masculinity, addiction and the struggle of a father separated from his wife and children. Later this year, he will take the lead in Because the Night, a four-part story about a man trying to escape his past, written by Neil Cross (Luther). 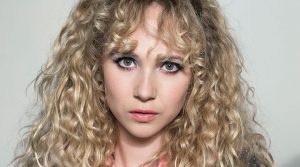 10. Juno Temple
The English actor’s film credits include Killer Joe, Black Mass, The Other Boleyn Girl and Atonement, as well as US TV series Vinyl and Dirty John. This year she will headline Little Birds, a visually enticing Sky Atlantic series set in the hedonistic environs of 1950s Tangier. Temple’s character, New York heiress Lucy Savage, is given the chance to flee her gilded cage and embark on a moving and provocative journey towards freedom and independence. 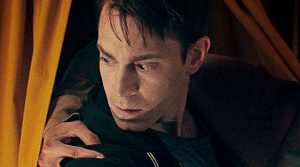 9. Marcel Rodriguez
Having played roles in 7 Days Berlin and Der Barcelona Krimi, Rodriguez now fronts political thriller Dignity, the first original drama for fledgling German streaming platform Joyn, which is inspired by the true story of German sect Colonia Dignidad in Chile. He plays federal prosecutor Leo Ramírez, who is tasked with bringing the group’s elusive leader and former Nazi soldier Paul Schaefer to justice – though his mission is clouded by his own secret history with Colonia. 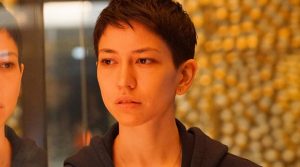 8. Sonoya Mizuno
The Japanese-born British actor has become a regular cast member in Alex Garland’s beautifully shot and realised sci-fi dramas. Having appeared in the writer/director’s movies Ex Machina and Annihilation, Mizuno now leads audiences through the complex themes of Garland’s BBC and FX series Devs, a thriller set against the backdrop of a giant tech company and its messianic leader. In an emotionally taut and nuanced performance, she plays Lily, who is investigating the apparent suicide of her boyfriend. 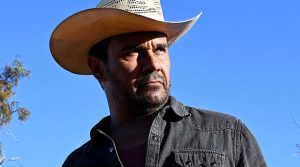 7. Aaron Pedersen
The Aboriginal actor became one of Australia’s biggest stars on the back of roles in shows such as Jack Irish, The Circuit, City Homicide and The Code, with recent credits including period drama A Place to Call Home, political thriller Total Control and supernatural mystery The Gloaming. But it’s his towering performances as Detective Jay Swan with which Pedersen has become most synonymous, first in films Mystery Road and sequel Goldstone and then in the Mystery Road series that bridges the two movies and brings Indigenous stories to a mainstream audience. Season two airs this year. 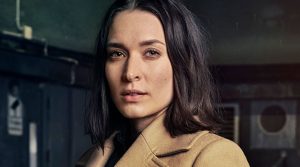 6. Josefin Asplund
Swedish actor Asplund has a list of credits familiar to many international viewers, from The Girl with the Dragon Tattoo, Vikings and Arne Dahl to Ingen Utan Skuld (Conspiracy of Silence) and Sanctuary. Next she will star in Top Dog, a series based on Jens Lapidus’s novels, as lawyer Emily Jansson, a hard-working careerist who comes together with ex-criminal Teddy Maksumic (Alexej Manvelov) to solve a mysterious disappearance. 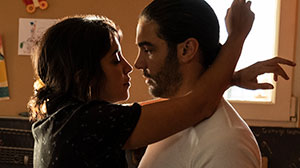 5. Tahar Rahim
Rahim broke into television in European crime drama The Last Panthers, before playing a CIA agent in Amazon drama The Looming Tower. This year, he stars in Netflix music drama The Eddy as Farid (right), one of the struggling nightclub’s owners who may be involved in some questions practices, before leading the cast of BBC drama The Serpent. The latter is based on real events and sees Rahim play Charles Sobhraj, the chief suspect in the unsolved murders of young Western travellers across India, Thailand and Nepal’s ‘Hippie Trail’ in 1975 and 1976, who repeatedly avoided capture to become Interpol’s most wanted man. 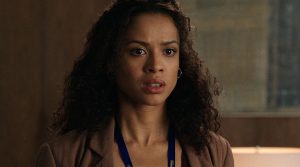 4. Gugu Mbatha-Raw
The UK-born actor began her career with appearances in British series such as Spooks and Doctor Who, before a breakout performance as Kelly in acclaimed Black Mirror episode San Junipero. More recently, she played a pivotal role in Apple TV+’s standout series The Morning Show, portraying the show-within-a-show’s head booker Hannah, a character whose traumatic experience goes on to shape the series’ powerful #MeToo storyline. From one new streaming service to another, Mbatha-Raw’s next television series will be Loki, the Disney+ drama based on the Asgardian villain from the Marvel Cinematic Universe. 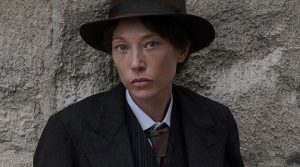 3. Laura Smet
From the team behind Dix Pour Cent (Call My Agent) comes La Garçonne, in which French star Smet (Les Corps Impatients, The Bridesmaid) plays Louise Kerlac. In Paris in 1920, Kerlac witnesses the murder of a relative by government agents who want to blame her. She subsequently poses as a man to join the police under her brother’s identity as a means to investigate the killing, drawing her into the dark underbelly of high society and bohemian Parisian nightlife. 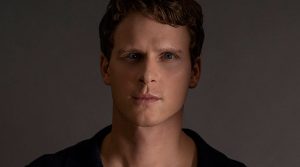 2. Adam Pålsson
Stepping into the shoes of police officer Kurt Wallander, a role already made famous by Rolf Lassgård, Krister Henriksson and Kenneth Branagh, is no easy task. But that’s next up for Swedish actor Pålsson, best known for roles in The Bridge, Moscow Noir and Before We Die, who will appear this year in Netflix original series Young Wallander. Inspired by Henning Mankell’s detective, the English-language series is set in contemporary Sweden and sees the young Wallander investigate his first case as a recently graduated police officer in his early 20s. 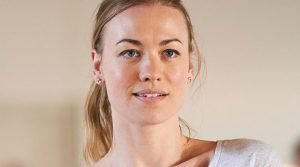 1. Yvonne Strahovski
The Australian actor is best known as Serena Joy in the harrowing adaptation of Margaret Atwood’s dystopian novel The Handmaid’s Tale. She can now be seen on screen with an equally emotional and complex performance in six-part Australian drama Stateless. Strahovski plays Sofie, an air hostess who, after fleeing a performance cult that initially captivates her before leaving her on the brink of a breakdown, surfaces at an on-shore detention centre. Under a new German identity, Sofie’s experience is shown alongside that of an Afghan refugee, a prison guard and a bureaucrat who all come under unprecedented pressure.