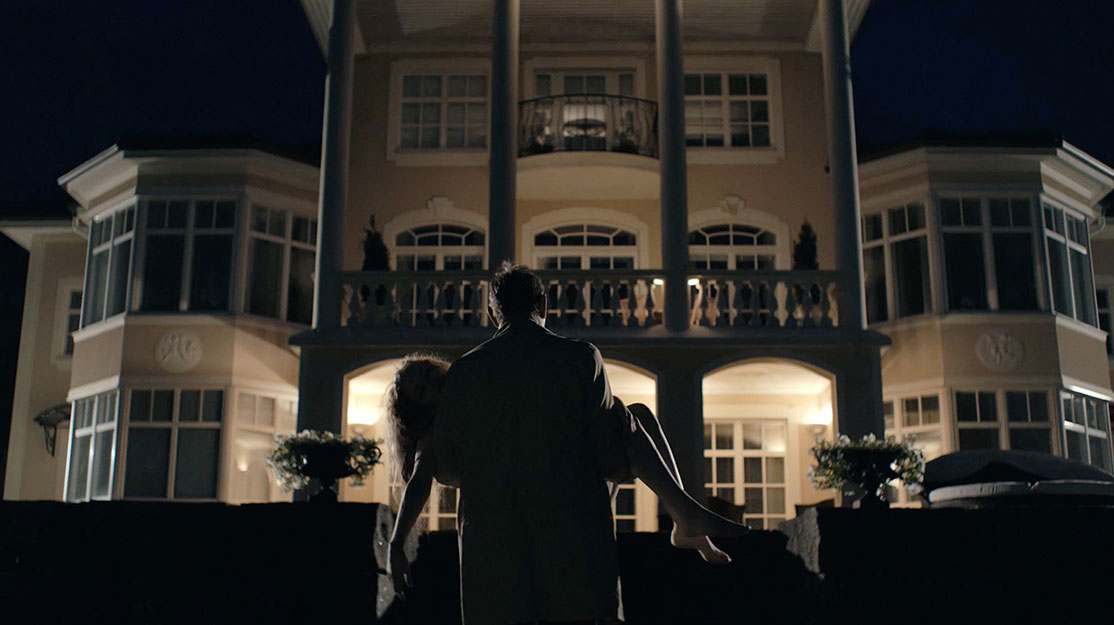 Nordic Noir gets a lighter Finnish

A new crime drama set on the border of Finland and Russia has ambitions to show the lighter side of Nordic Noir.

If you think of a television show that comes with the Nordic Noir label, it’s likely that series originally hails from Denmark or Sweden. The Killing, The Bridge, Jordskott and Wallander have each helped to build the global interest in Scandinavian drama. But Norway and Iceland have now also joined in, with Occupied and Trapped respectively – and now Finland is getting into the game.

Bordertown, known locally as Sorjonen, is a crime drama set in the town of Lappeenranta, close to the Finnish border with Russia.

It centres on chief investigator Kari Sorjonen (played by Ville Virtanen) who moves with his wife and teenage daughter to the small town to enjoy a more peaceful life. Their new life is far from idyllic, however, as the new police chief has to use his detective skills to investigate several murder cases and track down the serial killer who is tormenting the community – and he soon discovers the crimes are not only connected to each other but to his family as well.

The 11-part series, due to air on Finnish broadcaster YLE in October, is produced by Fisher King Production and Federation Entertainment, with the latter distributing worldwide.

But while the standard-bearers of Nordic Noir mean the genre will always be associated with gritty landscapes and often brutal murders, Bordertown aims to bring out its lighter side, despite the serial killer plotline.

Fisher King producer Matti Halonen explains: “Very often Nordic Noir only tells the dark side of the story. We wanted to combine a warm family drama with a story that you want to follow through the season, combined with five different crimes that show the Nordic Noir elements.

“It’s important for us and YLE to have family at the centre of the story. Also, the fact the whole story is set on the border with Russia is not because we want to or do see them as a threat, which is normally used in a drama. In Bordertown, almost all the crimes come from the Finnish side.”

Halonen says Lappeenranta was a natural location for the story to be set, owing to the vast numbers of tourists and visitors that come from Russia across Finland’s eastern border.

“It felt for us that when we started to create the show, it was a natural place for it to be set,” he continues. “It’s the border of the Western world and Europe with Russia and the East – two different cultures, two different economies. It’s full of drama!”

Viewers always expect Russian characters to be the bad guys, notes Lionel Uzan, MD and co-founder of Federation. “But what we really loved when we read the scripts is everything has been turned around,” he says. “The bad guys are not who you think they are, the main character is not your typical crime noir character. So in the end you have a typical crime series from Scandinavia but with elements that are truly original.

“The risk when you have such a strong genre is to do the same thing over and over again. I’m sure some series are like that – just a redo from the previous killing. I don’t think that’s what Finland is bringing now.”

It’s those recognisable Nordic Noir clichés that Uzan says are potential pitfalls for any new series coming out of the region. How can they take the best from the genre and avoid treading on the toes of shows that have come before them?

“How do you reinvent or make it different? What Bordertown brings is family and crime, really mixed together. You haven’t seen that before, even in the great Scandi series.

“If you talk about the main characters of The Killing and other series like that, they’re very depressed, very dark. It always ends badly. Here, it’s not the same. The sergeant is totally original. He’s an offbeat character in the way he reacts with people and the way he acts with his family. He’s warm and very close to his family. It’s not a tough relationship that you’ve seen in lots of Scandi crime series.”

With five murders spanning the entire first season of the show, Uzan explains that the serialised story arc focusing on the family is complemented by the procedural, closed-ended police elements – a combination he says is attractive to both free TV and pay TV broadcasters that are interested in bringing Bordertown to audiences around the world.

“Even though it’s still violent, it’s got a wider approach,” he says. “It’s the family aspect that broadens its appeal. It’s almost as if different buyers can get different things out of the same show, which you don’t see very often. Very often you can say, ‘this is a pay TV show, this is a free TV show.’ Bordertown really works for both.”

The series was shot across 100 days, often employing two units at the same time to split the filming time in half depending on actors’ availability.

Discussing the look of the show, Halonen says writer/director Miikko Oikkonen wanted to create a TV series fit for the big screen. “We wanted it to have a cinematic look, which is much easier nowadays,” he explains. “We not only wanted a cinematic vision but exciting camera movements to support the drama. The cameras bring more to the drama, rather than take the audience away from it.”

Uzan adds: “You don’t often hear about composition of the image when you speak to series producers and creators. It’s usually narrative, narrative, narrative. But when you can also think about the composition, it’s the best of both worlds between movies and series. That’s something quite important, which helps you to be original and different. It’s production value that doesn’t cost a lot. When you think like a feature-film director, you can make something looks great without needing explosions and special effects. It’s about having a visual mind.”

With a second season already in development, viewers can look forward to revisiting Bordertown in 2017. Meanwhile, Fisher King and Federation will continue to work together to develop drama series for international audiences.

“The audience right now is so sophisticated, they can feel if a series is authentic or not,” Uzan adds. “You cannot make a Europudding – if you do that, you’re dead. What we find interesting is that, more and more, language barriers are slowly diminishing. Wherever the project comes from and whatever the language, you have interest.

“I come from features where if you’re not in English, you’re art house, no matter what you do. That’s it. That’s the rule. But what’s interesting now in series is these barriers don’t exist anymore. Thanks to the platforms and catch-up services, so many people now have so much access to content that the audience gets more sophisticated. It’s almost a way to discover a new culture. It’s a virtuous circle where the more content is accessible to more people, the more they become sophisticated and the more they demand original content. That’s very interesting.”