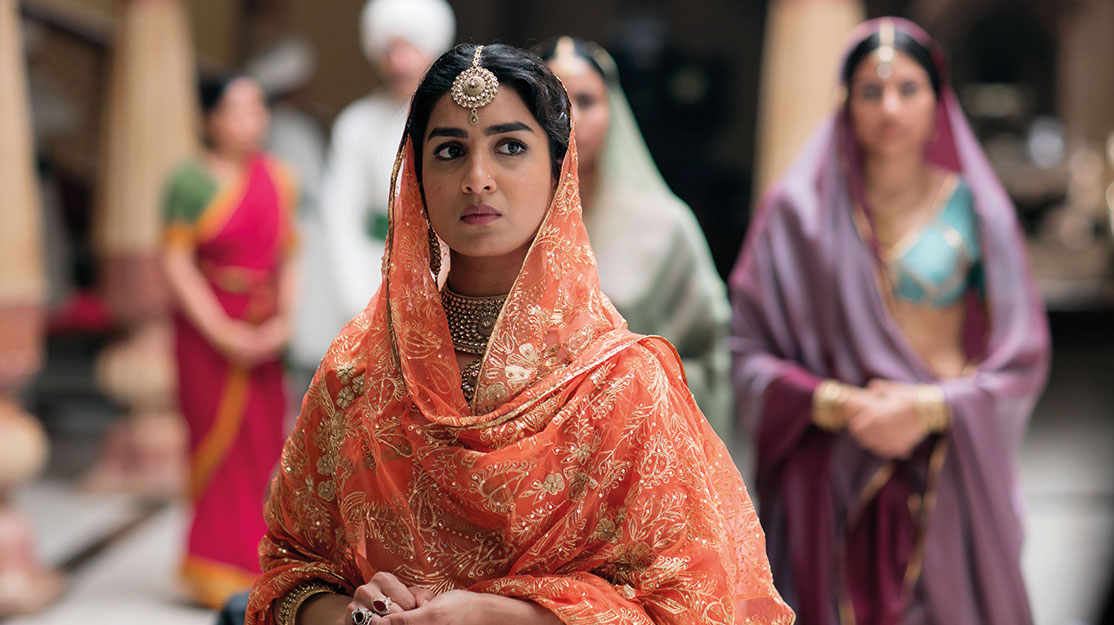 The award-winning director behind movies such as Bend It Like Beckham and ITV series Beecham House (above) recalls how her first short film, 1989’s I’m British But…, paved the way for the themes and directing style that would shape her career.

I never intended to become a director. I trained as a journalist and was working for the BBC as a reporter. But I realised I was just doing small stories and couldn’t tell the stories I wanted to tell. At that time, the Bhangra music scene was taking off in England, with people like me born or raised in England combining hip hop, rap, reggae, soul and R&B with traditional Indian music.

For me, that was a critical part of who I was and gave me confidence to secure my identity as being British and Asian. Before that, there were all these debates in the early 1980s about are we British, are we this, are we that? Whereas our parents were Indian and belonged ‘back home.’

That music secured who I was – a combination of everything – so I wanted to make a film about music and identity. I secured a small grant from the British Film Institute under their new directors scheme, and I made I’m British But…

What was initially going to be a pop promo of a Bhangra band on a rooftop in West London, like The Beatles performing on the roof of Apple, grew into this film with the theme of identity, featuring interviews with four young Asians – from England, Scotland, Wales and Northern Ireland. It was the first time you were seeing these images and people talking with regional accents. So it opened up the debate. That was when I got my hallmark style – taking British Asian stories and making them bigger, universal and relatable to all audiences.

I wanted the interviews to be lit beautifully because I wanted their skin colour and everything to look beautiful. I also realised how much of the film is made in the edit, so it wasn’t just about the camera – it was about editing and storytelling. For me, it also crystallised who I am. I’m still the same person and I have an incredibly strong sense of identity rooted in that music. Going on, I celebrate so many different sides of myself in my work so I can be very British at times, very Indian at times.

When I make a film or create something, I’m still dealing with the fact people are going to come to it with certain expectations and ideas of who these people are – my job is to challenge and subvert that and say they’re different to what you think and they’re actually very similar to you.

I hadn’t been to film school so I was making it up as I went along. We had a screening for it at the Piccadilly Film Festival in London and I won a prize, so the film was getting quite a lot of attention. Then Karin Bamborough, deputy head of drama at Channel 4, said she would nurture me and put me together with Meera Syal, who had an idea about a group of women going to the seaside on a day trip.

I knew Meera from a Channel 4 show we had done. We got together and started working on the script, coming up with characters and storylines for what would become my first feature film – Bhaji on the Beach. That’s how I became a feature film director.

I’m British But… was groundbreaking, when you think that what was around then were programmes like [India-set wartime sitcom] It Ain’t Half Hot Mum. Asians were completely absent from the screen or jokey or in programmes to do with immigration, the National Front or racism.

It was a massive intervention in celebrating a community that in many ways had been under siege for a long time. But also looking at it now, it features the same music and same scene and sentiment that’s in [2019 feature] Blinded by the Light, which I made 30 years later. So I’m still banging that Bhangra drum.