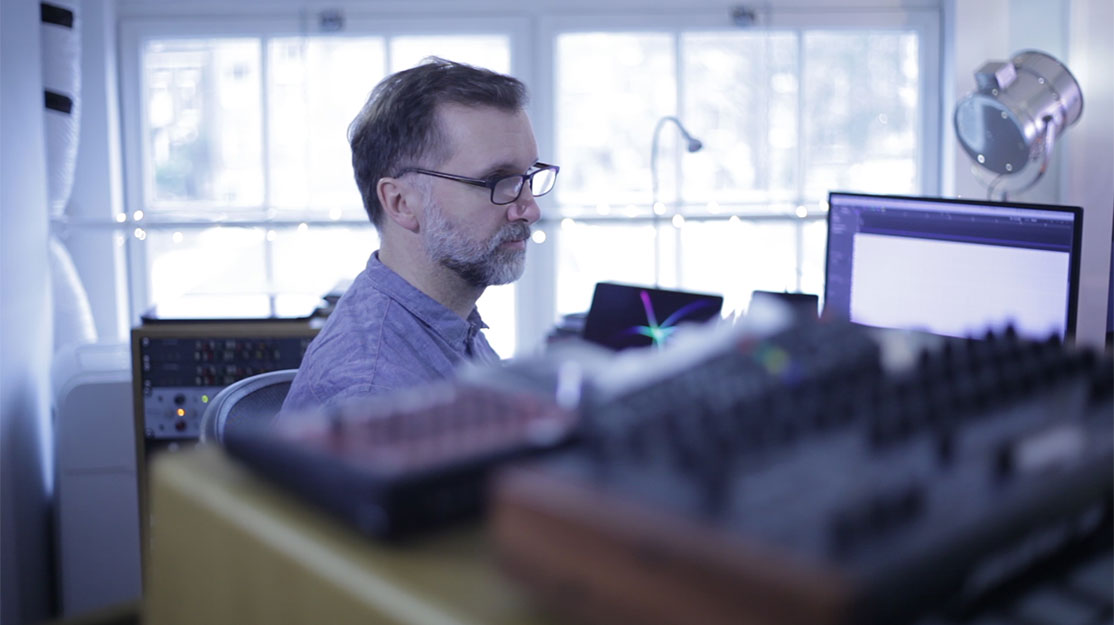 Composer Michael Price reveals how he created the scores for British detective series Sherlock and Unforgotten and shares his views on the role music plays in television drama.

They may both be detective dramas, but Sherlock and Unforgotten occupy opposite ends of the crime genre spectrum. The former features Benedict Cumberbatch as the eponymous arrogant genius who uses his brilliant mind to solve seemingly impossible crimes in a dynamic series full of energy and action.

Unforgettable, meanwhile, sees Nicola Walker and Sanjeev Bhaskar as a pair of investigators examining historical murders. Patient and methodical in their deductions, they must rule out several possible suspects before the killer is finally revealed.

Two different shows, two different styles – but there is one person in common. Step forward composer Michael Price, who has scored both seasons of Unforgotten and, with David Arnold, created the themes and incidental music for all four seasons (and one special) of Sherlock.

From his beginnings playing piano for contemporary dance classes, Price has established himself as a leading composer of film and television. In his mid-20s he became an assistant to fellow composer Michael Kamer (Robin Hood: Prince of Thieves, Lethal Weapon, Die Hard), a role in which he discovered the joys of composing to film, and then spent five years as a music editor on features including the Lord of the Rings trilogy, Love Actually and Children of Men.

As well as building his classical recording career, he subsequently scored episodes of TV series including Jekyll & Hyde (again with Arnold), but it is his work on Unforgotten and Sherlock, for which the duo won an Emmy, that stands above the rest.

The arrival of 2017 capped a hectic few months for the composer as he simultaneously scored the fourth season of Sherlock and the second season of Unforgotten, with both launching in January on BBC1 and ITV respectively, while he and his girlfriend welcomed the arrival of a daughter, Emily.

“We talk about Sherlock in seasons but, looking back at it, it’s really 13 films,” Price says. “If there was a Mission: Impossible 1 to 13, you’d think that was a lot of work, and it is! It’s quite a phenomenon really. When Emily was born, we’d recorded the second episode and I had a week without writing before getting back into the chair.

“We get a pretty free hand these days [on Sherlock] but it’s always a collaboration. Ultimately, [co-creators] Steven Moffat and Mark Gatiss would have the final say but also the individual directors are very hands-on in terms of what they want for each episode. When it works well, particularly now we’ve done lots of previous episodes, you’re instinctively and honestly responding to the story.”

Comparing the two series, Price describes Sherlock as “often but not always external,” while Unforgotten is quite “internal,” by which he means there’s much more action in the BBC crime drama than the ITV series. “Incredible things do happen in Unforgotten, but at an emotional and internal level as things unfold and you discover things about people’s lives,” he explains, adding that the composer’s job is to engage viewers in what they’re seeing on screen.

“It starts at the script stage, because then you can start to absorb the story, what you might imagine the characters to look like and the world of the show,” he continues. “Then the work starts properly when you can see a rough cut and see the energy the actors have brought to it, the pace and the grammar of the edit. Editing in film and TV has an enormous influence on the rhythm of what is actually going on, and you respond instinctively to that. So something like Sherlock, which has evolved a very distinctive visual style, almost like an externalisation of what’s inside Sherlock’s mind when he’s developing things, is fascinatingly the opposite to Unforgotten, when you never see an externalisation of what people are thinking. You have to read that on their faces and piece it together yourself.”

Price’s work on Unforgotten is complicated by the three ad breaks that make up part of the ITV drama’s hour-long running time, tasking him with bringing viewers back to the series after watching three minutes of commercials and trailers.

The waters are muddied further for composers when you begin to consider how series are now watched, on catch-up and in binges consisting of multiple episodes. “If you’re hoping people will attach to certain themes, that’s a really different prospect if it’s a week away than if they just heard it 40 minutes ago,” Price explains. “There are no hard and fast rules but as viewing figures start to change, you have to be aware of how irritating it is to hear the same music over and over again when you binge-watch versus how comforting it is when you watch it weekly – those are the scenarios we’re working with.”

Price compares the process of composing for film and TV to throwing ideas onto the screen and seeing what sticks, but there are different ways he chooses to experiment, depending on the desired outcome.

Sitting down at his piano with a pencil and paper is a method that tends to produce music that is quite dense and intricate, he explains, whereas a session improvising while watching some of the footage, particularly if it is a dialogue scene, will produce something much more sparse.

“If it’s an action scene, the pacing is absolutely crucial so I’ll start mapping it out rhythmically before I do anything else,” Price says. “I’ll get a click track going on the computer and work out a template that will play the whole scene because I know if I try to improvise it, I’ll miss the detail. It’s horses for courses, really. Sometimes it’s sonic – I’ve got a bunch of crazy old synths – so sometimes I’ll put aside a few hours to make a few weird noises and sometimes one of those weird noises will have enough character to drive a scene.”

Discussing his partnership with Arnold, Price describes the pair as songwriters in the same band, rather than two separate composers. “It feels very much like it does in a band where the first person who hears an idea from either one of us is the other one, rather than a producer or director. So we’ll bat ideas between the two of us, or take something the other person has done, change it, add to it and over the 13 episodes now for Sherlock, we genuinely have forgotten who did what.

“But it’s definitely a different experience working on Unforgotten, which is a more singularly composed personal voice. It’s interesting because Unforgotten is probably the most similar to the music I write away from film and TV as a recording artist.”

Inside Price’s north London office, more than a dozen keyboards fill the recording studio where he does most of his work. In the adjacent room, trophies and certificates are dotted around, next to a stack of DVDs bearing the names of projects he has worked on.

According to the composer, when a soundtrack does its job, it gives the audience various ’emotional permissions’ – to laugh or be scared, for example. “You’re trying to find a balance where you’re opening up areas of emotion or excitement,” he says. “If the music you’ve written for a scene is reflective of your own emotional response to it, some members of the audience can attach to that. Nobody needs to verbalise it because that’s the joyful thing about music, it’s non-verbal. We just experience it. Consequently, it opens up a whole range of expressions, and every audience member will experience that differently.”

If technological advances are placing pressure on producers and directors to create something that will look just as good on a television screen as it does in a cinema or on a mobile phone, those same challenges also exist for composers, who must navigate the various types of speakers used by viewers across different devices.

“You can watch Sherlock in the cinema or on your phone and, at every very point in between, you’re trying to make sure first and foremost that the story works, but also that all the other dramatic and emotional elements register as well,” Price explains. “David and I, particularly with Sherlock, have spent a lot of time trying to work technically and musically on how to create a really rich sound but one that still translates on your TV – and technically that is different to how it works in the cinema. With the huge speakers and sub-woofers in a cinema, you can hold low rumbling tones that disappear on your TV. People literally can’t hear anything at all. We genuinely do consider what will work well for most people.”

Price is now taking part in a new classical project, recording music in unusual places such as an Industrial Revolution-era cotton mill, with an album to follow next spring. But he promises some new TV projects are in the pipeline, as he believes soundtracks are now in a place where they can be enjoyed simply as music, rather than existing only as a television tie-in.

“More and more composers are being chosen or approached for the work they do outside film and TV. That’s one of the reasons why there’s this crossing over of credibility,” he adds. “Now some music from a TV or film score doesn’t have that sense of being lower value because hopefully there’s some genuinely beautiful music being made for films and TV. It’s a wonderful time to be making music for film and TV.”