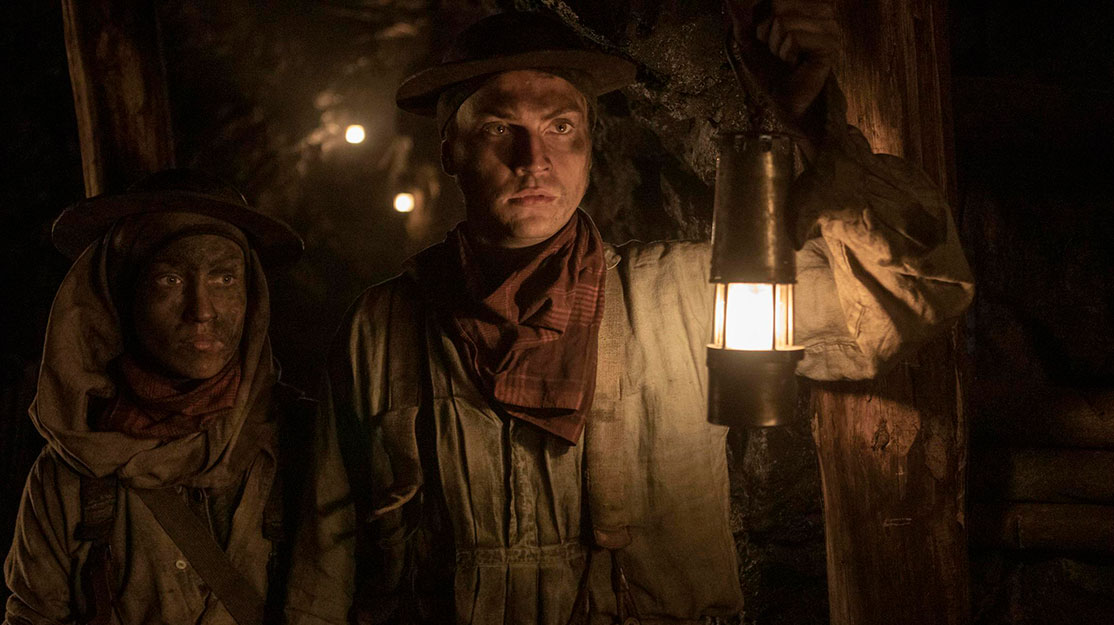 French composer Audrey Ismaël explains how she came up with the music for historical drama Germinal and reveals how starting a band led her to writing music for film and television.

Singer, author, composer and producer Audrey Ismaël’s path into scoring film and TV started when she formed the band Smoking Smoking with Vanessa Filho in 2011.

Most notably, she teamed up with director David Hourrègue for last year’s drama series Germinal, a fresh adaptation of Emile Zola’s classic novel about a coalminers’ strike in 1860s France.

Here, Ismaël tells DQ about the collaborative nature of TV series, finding instruments for characters and why she judges programmes by their soundtracks.

When you watch TV, are you always listening out for the music?
It’s hard to be completely objective when you work in the industry, so when I’m watching a TV show and I don’t like the music, it’s super hard for me to like the show. It’s a professional deformation, I guess. It’s the same when a director sees something bad and says, ‘Yes but the actors are good, the music is good.’ It’s natural to have sensitivity when it comes to your speciality and expertise.

How early do you like to join a new project?
I always like to read the script when it’s finished. That’s the best moment for me to arrive on a new project, rather than watching something that has already been filmed. That’s my favourite way of working.

How does the process work when you have nothing to watch?
The first thing I try to figure out when I have a new project is who is the main character and what is their sound? It’s like if you were putting an outfit on a character. Is it a classical instrument, a modern instrument? More organic, more rhythmic? I like to make a hybrid of modern sound and classical instruments. I always try to figure out the music for the main character. So to begin with, I’m not composing something but trying to find the sound of the soundtrack.

Is there a lot of consultation with the writer or director?
It depends. Sometimes the director has a specific idea and sometimes not. Sometimes you think you understand each other but, when you send something in, they’re like, ‘Nope.’ The director of Germinal said, ‘I’m so relieved that I like what you sent to me, it’s super intimate.’
Scoring movies or TV shows is a very specific way of doing music. There are some amazing musicians who couldn’t do it. Music in a TV show or a movie is the third author, along with the screenwriter and director, and sometimes it’s the same person. So it’s really something that will reveal something [about the story or a character]. Composing is only 50% of the job. The other half is revealing something invisible. There is something instinctive about it, and then you have to craft the music. It’s a very important part of the job and is something I’ve built up over the years with the different projects I’ve worked on.

What kind of projects do you like working on?
I often get called for indie movies. They’re what I like to watch, and I think you [make better music] if a story touches you with what it says or through its characters. You have to find a connection with the story, the characters and the director – it’s a love story. But I wouldn’t say there is a specific type I prefer.
I loved Germinal and working with David because he’s super passionate and he saw the modernity in the story. It was not interesting for him to do ‘another’ Germinal. He wanted to reveal more of the female characters, and we tried to bring some modernity to it with the soundtrack.
I also used a lot of classical cello to reflect the universality of the story. When I’m doing a soundtrack, I like to think about every instrument. And when I’m a bit lost, I can go back and know why I chose something. I liked working on Germinal because it was a historical show and it was my dream to work on something like that. Since I’m not a classical composer, I always felt working on a historical TV show wouldn’t be an obvious choice for me, but Germinal was a good story with a good director to do it.

How do you pair characters with instruments?
Etienne, the main character in Germinal, is the electric guitar because he’s like an outcast, riding into town like in a western movie. There is something very electric guitar-related in his story. Music in a TV show is a bit of an anchor – when you come back to the character, hearing their sound means you go back to this aspect of the show. So it was an electric guitar for him. What I liked about it was it’s not electro music, it’s an organic instrument. It’s a bridge between something classical and something modern. It’s more organic than modern.

How do you like to use music through a series?
It depends on the director I’m working with. Some will make a first edit with temporary tracks so they know specifically where they want music. During the mix, I sometimes like to say, ‘You have to remove this music.’ As a composer, I like the responsibility of the music. I like to have the perspective of all the music and score, and I really like to have an overall vision of the music and discuss it with the director.

What challenges are there for composers in TV?
On Germinal, for example, the cellos were the only thing we recorded for real. Everything else was done digitally because it would have been too expensive to hire a real orchestra. Also, that’s not my style of writing [for an orchestra]. I like to write the lead melody with a cello, or sometimes a trumpet, but always with only one instrument.
I did a movie called Angel Face and it was all cello and piano, but it’s not my style to write for a big orchestra. If there is more than one sound to a movie, I like to mix it with keyboards or vocals so you don’t really recognise instruments.

How did you get into composing?
I come from songwriting – I had a band. We released an album 10 years ago and we toured a lot. I always had this passion for cinema and stories, and then I discovered that writing for a story was totally my way of composing. I found a freedom in this. I also like the collaboration. When you watch a TV show, I like it when you don’t know if a song existed before the show or was made for the show. Sometimes I think pre-existing songs and the score are too separate so I like to make the music more inclusive.

What have you learned about composing for the screen?
A lot of it is about trust. I wish I had known earlier that I wanted to do this, because it’s something that’s really taking all of me as an artist. I’m working with people but it’s also something super intimate, even though they’re not songs I write for myself. It’s a good way to express myself and to be part of a bigger adventure, which I really like. But there are not a lot of women composers. You just have to trust yourself to be instinctive.