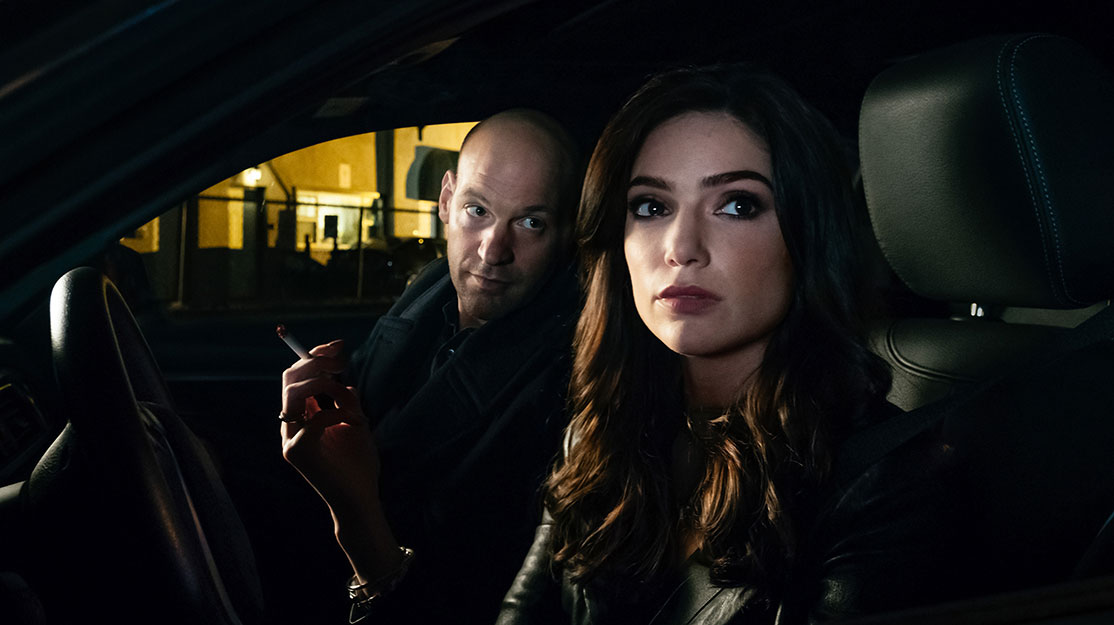 It’s often said that people who work in television don’t actually watch much of it. So when Mad Men completed its seven-season run on AMC in 2015, creator and showrunner Matthew Weiner decided to catch up on some of the shows he’d missed.

But after taking part in the modern phenomenon of binge-watching that matured while his 1960s-set period drama was still on air, Weiner decided that for his next series, he would write a show completely at odds with the current demand for serialised storytelling and create something that didn’t require viewers follow a long story through multiple episodes.

As a result, The Romanoffs is a globe-trotting anthology series featuring eight separate stories about people who believe themselves to be descendants of the Russian royal family.

Set in seven countries around the world, filming took place on three continents, involving local producers and talent across Europe, the Americas and the Far East. Each feature-length episode is set in a different location with a new cast, and is released weekly in more than 200 countries on Amazon Prime Video. The first two instalments launched on October 12.

Episode one, The Violet Hour, is set in Paris where an ancestral home holds the key to a family’s future. Aaron Eckhart, Marthe Keller, Inès Melab and Louise Bourgoin star.

Other episodes include House of Special Purpose, in which a movie star and a director go head-to-head in a battle over what is real; Bright & High Circle, about a tight-knit community where loyalties are tested; End of the Line, which sees a couple face destruction as they pursue their legacy; and The Royal We (pictured top), about a couple who pursue their temptations after their marriage gets into a rut.

The series is completed by Expectation, told over a single day in New York City when a woman is confronted with every lie she ever told; Panorama, set in Mexico City where an idealistic reporter falls in love with his mysterious subject; and The One that Holds Everything, in which a man tries to escape a family curse.

“Part of it was really about doing a show that’s really set around the world with a connection — is it genetic? Is it cultural? Is it nature? Is it nurture? Who we say we are versus who we really are,” Weiner says of creating the show. “I was lucky enough to come to Amazon and shoot the show in different countries and different languages and really show what people have in common but also to do a different story every week. And we’re lucky enough to go on once a week so people will get a chance to have a conversation about it, hopefully.”

The nine-time Emmy winner,  who is the creator, writer, director and an executive producer on the series, says the Romanoffs, whose ruling members were assassinated by Bolshevik troops in 1918, have always fascinated him. “It’s got this great true-crime factor to it of people who were murdered,” he explains. “Obviously they’re an autocratic family. I don’t have to tell you how people respond to royalty. And then, years later, who are you? You can say what you are and it’s impressive, but who are you?”

In The Violet Hour, Keller plays Anushka, an ageing French doyenne whose nephew Greg (Eckhart) is waiting for her to die so he can inherit her fortune. Bourgoin plays Sophie, Greg’s girlfriend, with Melab as Hajar, an agency carer sent to look after Anushka.

“The reason why I loved the part so much is it’s exactly the opposite of what I did before. She’s so mean. She’s so rascist. She’s so bourgeoise. She’s so French. And she’s so over the top,” Keller says. “When I finished shooting, it was like I had to detox because all the toxins came out and I felt like I wanted to be a good girl again. So it was an adventure for me to do that.”

The actor also praises Weiner’s script: “It’s so well written; it was like music. Everything is about the right thing – of course it’s the directing, the casting. It was like music. It was the pacing, the writing, so then it’s not very difficult to play, even if it’s something far away from who you are. But that’s why we do our job.”

In contrast to Anushka is Hajar, who Melab describes as strong and compassionate. “For me it was just amazing to play this character and work with Matthew, Marthe, Aaron and Louise. I loved playing this character because she’s strong but fragile. I loved this image of a strong woman, and she’s very patient. She’s just doing her job. Even if Marthe’s character is a little bit mean sometimes, she doesn’t see her through what she does.”

Weiner says The Violet Hour is a type of fairytale, likening Hajar to a princess and Marthe to an “evil witch queen.” He continues: “Their relationship, even though it has this tone to it, it’s very realistic, but it’s really about two different legacies and passing on what belongs to you. Right now I don’t know if people want to see stories about money necessarily on TV, but to me it was interesting. It becomes a symbol of what you have and how you try to hold on to it and who’s going to get it. Is it the person who loves you the most? So they’re really two different sides to the same coin to me, where Marthe is forceful and harsh and angry and, as she says, bourgeois and a racist. And Ines is very strong but also very tender and scared inside.”

Their relationship also adheres to the theme of family that runs through the series, with Weiner observing that family is an issue for everyone in society right now. “The world is so divisive and we become more and more isolated and we cling to those aspects of our life that are our identity,” he explains.

Appearing in the final episode, The One that Holds Everything, is Skinner (Harlots, Poldark) as Simon Burrows. The actor describes the episode, which has a non-linear structure, as a family saga that circles the globe, but doesn’t reveal much more, apart from the fact that it was partly filmed in Hong Kong.

“As with Mad Men and stuff, Matthew’s got this extraordinary ability to create a very full world and then the tone of it is very different to anything I’ve ever seen before. [Filming in Hong Kong] was fantastic,” he says.

Weiner, whose credits also include The Sopranos, jokes that he set the story in Hong Kong simply to give him a reason to visit a place he’d never seen before. “Some of this was an excuse to work in exotic places like Toronto and Pasadena but also Hong Kong,” he says. “It’s funny because the story Hugh is in is like a Hitchcock story.”

Viewers will see Skinner’s character at various stages of his life in a story that is told out of order. “The premise of the show basically is two people sit down next to each other on a train and a story is told and you flash back,” Weiner reveals. “Hugh is the star of that story. You see his life but you don’t see it in order, ever. ”

The showrunner says his preference for an anthology format with standalone episodes was about entertaining viewers, while offering them a conclusion at the end of 80 minutes.

“You get a chance from the writing point of view, the directing point of view and from the audience point of view to have a story that commits to a resolution,” he adds. “Even movies today are sort of sequalised, so when you commit to a story, the stakes become higher immediately; you don’t know what’s going to happen. In series television, [Mad Men main character] Don Draper probably won’t actually get fired even if someone comes in and goes up against him, because he needs to be there next week.

“In this storytelling, there is a climax and a resolution and it’s perfect. And because you’re asking actors to come in for one episode instead of six years, look at the people who show up to be in it.”