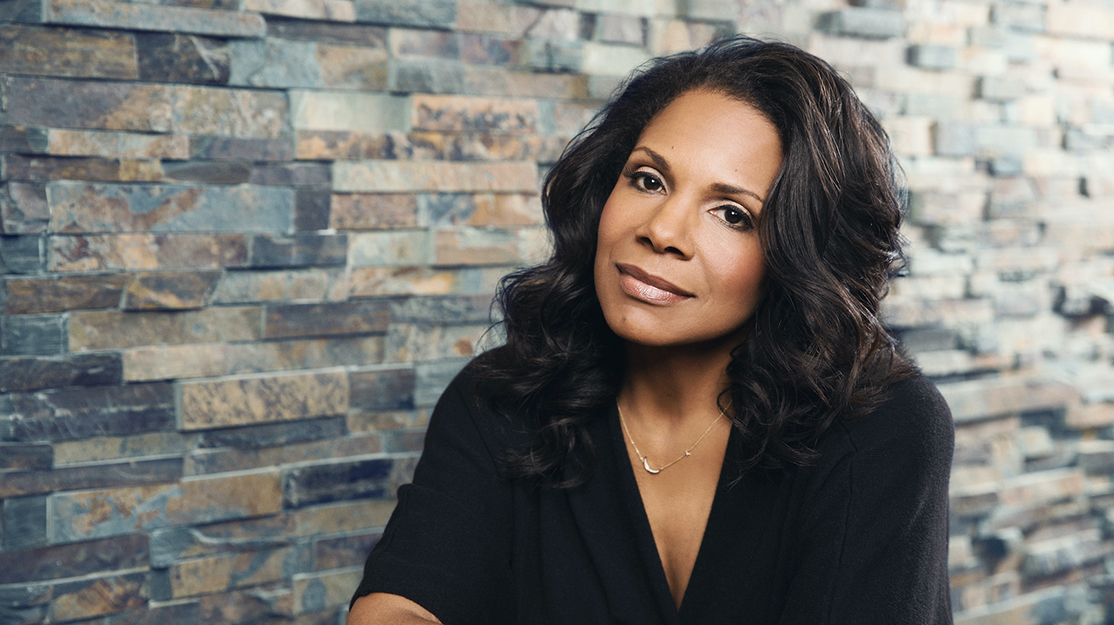 US star Audra McDonald on her award-winning stage and screen career, starring opposite her husband in zombie horror-comedy The Bite and how she is targeting racism and homelessness through her charity work.

From 2007 to 2013, Audra McDonald starred in Shonda Rhimes’ medical drama Private Practice, a spin-off from long-running hit Grey’s Anatomy. It was a wonderful experience on set, the actor says, so much so that the cast, including Kate Walsh, Paul Adelstein and Amy Brenneman, remain in regular contact.

“We’re always texting each other and trying to meet up,” McDonald says. “It was just a real love fest and we all got on really well together.”

But it’s another memory of her time working on Private Practice, which ran on US broadcast network ABC, that remains particularly resonant for the actor: a “rare” exchange, as she puts it, with formidable showrunner Rhimes, who has since gone on to create blockbuster period drama Bridgerton for Netflix.

“When I first started filming Private Practice, my hair was being styled every single day and it started to break off. It happens with Black hair when you put a lot of heat on it, as it doesn’t handle heat in the way Caucasian hair does. It reacts by breaking off,” McDonald recalls.

“Normally, you wouldn’t reach out to the showrunner, but I went straight to the top and told Shonda about it. She completely understood because she’s a Black woman, and she asked me what needed to be done so that I was happy with the look and had the help I needed.

“It was such a wonderful experience to have a Black woman in charge, and that there was an understanding and an absolute desire to help and fix the situation. The whole situation was quite rare, especially back in 2007.”

Since Private Practice aired its final season more than seven years ago, McDonald has barely paused for breath. As well as other roles on hit TV series, such as Robert and Michelle King’s ongoing legal drama The Good Fight, she has starred in feature films and enjoyed an illustrious career on Broadway.

McDonald was also approached by the Kings for their comedy-horror project The Bite during the height of the Covid-19 pandemic last year. The series, which premiered on US streamer Spectrum TV in May, is about the quest for a cure for an unexpected and deadly new strain of the coronavirus that turns infected people into zombies. The six-episode series is coproduced by Spectrum Originals and CBS Studios and distributed internationally by ViacomCBS Global Distribution Group.

“It was kind of a crazy idea,” McDonald says of The Bite. “But the Kings really tapped into what is going on within the zeitgeist and the craziness and anxiety of living through a pandemic.”

Orange is the New Black’s Taylor Schilling also stars, as does McDonald’s real-life husband Will Swenson, who plays her character’s lover. “That made it fun,” she laughs. “It was wonderful to work with Will, as we were locked down together with our kids anyway, so it gave us an opportunity to leave the house and go to another house in the city. As we were already in the same bubble, there was also an added layer of safety and comfort.”

McDonald says she was drawn to the New York City-set project because it featured so many Broadway stars and theatre actors, who were struggling to find work while theatres were closed throughout lockdowns. “I was thrilled the Kings hired not only me but a lot of theatre actors whose business had been completely decimated by the pandemic. It put them back to work for a minute, which would at least mean their health insurance could continue for a bit,” she says.

Theatre is where McDonald cut her teeth as a performer, making her debut as a replacement in The Secret Garden on Broadway in 1992 while she was still a classical voice student at performing arts school Julliard. Since then, she has starred in a slew of productions, including The Gershwins’ Porgy and Bess, Lady Day at Emerson’s Bar & Grill and Carousel.

In fact, McDonald is a theatre record-breaker, making Broadway history after winning a total of six Tony awards, more than any other performer. She’s also won, among others, Emmys and Grammys, and will receive the inaugural Series Mania Étoile Award, which honours talent within the television industry, at a ceremony to mark this year’s opening of the French television festival in Lille tomorrow.

Making the jump to television and film was a conscious decision for McDonald, who wanted to push herself as an actor. “I’m a really curious performer and I wanted to become more comfortable and more proficient with TV and film jobs,” she explains. “I was very afraid of being in front of the camera, and it was a way to learn more about it. I wanted to evolve as an actor.”

Along with The Bite, her most recent screen credits are impressive. She plays Aretha Franklin’s mother, Barbara Siggers Franklin, in Respect, a musical biopic based on the singer’s life. Directed by Liesl Tommy, the film, which premiered in cinemas earlier this month, also stars Jennifer Hudson, Forest Whitaker and Marlon Wayans.

Next up on TV is a role in Downton Abbey creator Julian Fellowes’ new series The Gilded Age. A coproduction between HBO and Universal Television, the period drama follows the millionaire titans of New York City in the 1880s. The Gilded Age also stars Sex & the City’s Cynthia Nixon, plus Morgan Spector, Denée Benton and McDonald’s The Good Fight co-star Christine Baranski.

Having worked on film and TV sets for a large portion of her career, McDonald says she has noticed more diversity among on- and off-screen talent but believes much progress still needs to be made. “Having gone through the era of #MeToo and racial reckoning, there is more awareness. On the projects I have worked on, I am seeing more diversity on set, and that is helpful,” she says. “It’s not just in front of the camera, either, but behind the camera, where diversity has been sorely lacking for many, many generations.”

The actor is leading by example. In the aftermath of the civil unrest sparked by the murder of George Floyd by an American police officer last year, McDonald co-founded Black Theatre United. Its aim is to influence reform and combat systemic racism both within and beyond the theatre industry. “I was looking at the industry, knowing it was systemically racist,” she says. “With a bunch of my colleagues, some of whom I’ve known for more than 20 years, we just decided we needed to do what we can to raise awareness and hold our industry accountable.”

McDonald is also a board member of Covenant House International, a charity that provides housing and supportive services to young people facing homelessness. She came across Covenant House when she was starring as iconic jazz singer Billie Holiday in Lady Emerson’s Bar and Grill on Broadway, wanting to donate to a good cause in lieu of an opening-night gift. “I thought it would be a good idea to donate to Covenant House because Billie Holiday spent many years of her youth homeless and was also a victim of child sex trafficking,” McDonald explains. “I began to think if she had had a place like Covenant House, she might have had a somewhat easier time of it.

One weekend, McDonald went to Covenant House International to submit her donation. But as it was in the form of a cheque, the security guards went to look for someone from the administration team to process it. While she was waiting for them to return, McDonald became witness to the Covenant House’s good work in action and was so affected that she vowed to find out more about the charity.

“While I was there, a kid came in off the street who needed some help,” she recalls. “I just watched Covenant House jump into action and take care of this kid who was homeless. I was just so moved that I wanted to know more about the organisation, and I got to know the president and then I became involved. I just knew it was the right place to support.”