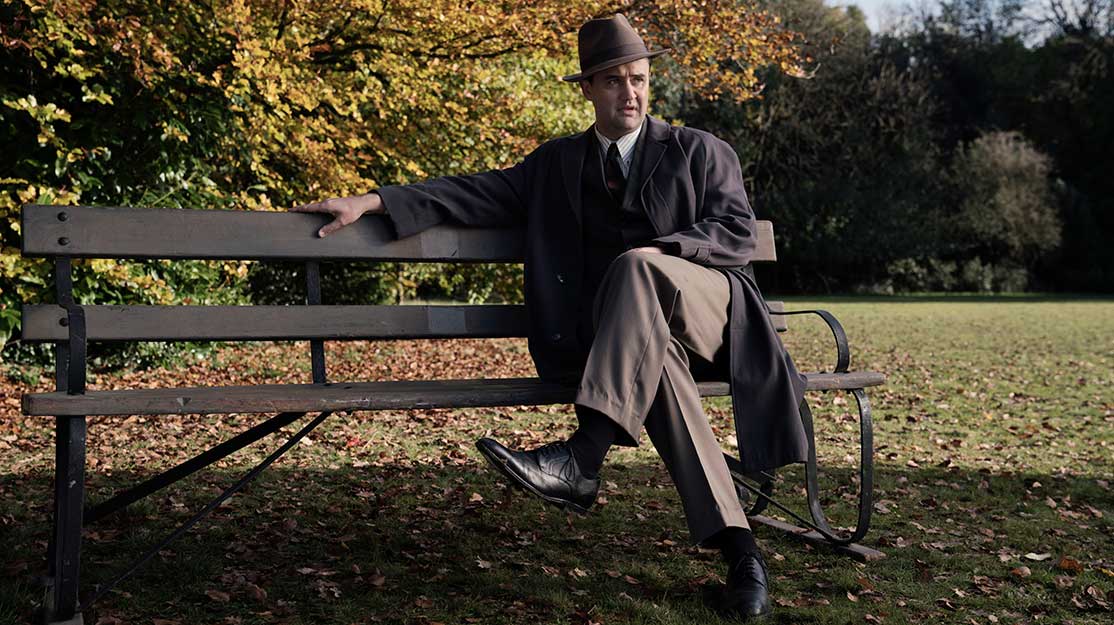 With starring roles in Guerrilla and Born to Kill, Daniel Mays has already had a busy year. He tells DQ about his next show, Against the Law, in which he plays a character who was instrumental in the UK’s decision to decriminalise homosexuality in the 1960s.

Once best known for playing a variety of spivs, Daniel Mays is one of those actors who is only getting better with age. But even he admits his latest job was a challenge he wasn’t sure he would be up to.

The 39-year-old has had quite a year, from his Bafta nomination for Line of Duty to roles in two of the last few months’ most exciting dramas: as a widowed father in Born to Kill (Channel 4) and Inspector Liam Cullen in Guerrilla (Sky Atlantic/Showtime). Mays may have first made his name portraying a variety of slightly dodgy womanisers – from train robber Ronnie Biggs in Mrs Biggs to Private Walker in the 2016 Dad’s Army film – but he has long been keen to show there is much, much more to him.

So now for something completely different: in Against The Law, which will air on BBC2 next Wednesday (July 26), he plays Oxford-educated, upper-middle-class journalist Peter Wildeblood – one of the first people to admit they were homosexual in court after being caught up in what became known as The Montagu Trial in 1954.

Wildeblood was at the centre of the case, which saw the establishment determined to stamp out homosexuality by going after Lord Montagu of Beaulieu (played by Mark Edel-Hunt) and his friends. But the high-profile action, during which Wildeblood’s former lover gave evidence against him to save his own skin, backfired. The case, which was followed by Wildeblood’s hard-hitting book Against the Law, provoked such a sympathetic outcry that it led to a public inquiry that in turn paved the way for the UK to decriminalise homosexuality in 1967.

The one-off drama, produced by BBC Studios and distributed by FremantleMedia International, is at the centre of the BBC’s season exploring the 50th anniversary of the change in the law. “When I read it, I was a bit nervous,” Mays says of Brian Fillis’s script. “I knew I was going to be stepping out of my comfort zone, but the opportunity to highlight this story and all the good Peter Wildeblood did for his community was too difficult to pass up. In my career I want to be involved in projects that not only entertain but also that enlighten our minds, so I was thrilled to be part of this.

“There will be lots of people who don’t know who Peter Wildeblood was, what he endured and what he eventually achieved. He is such a hugely important figure in the gay rights movement but he’s an unsung hero. I was so pleased to be offered this role as it is an extraordinary story.”

Unusually, the factual drama is interspersed with real-life testimony from gay men who endured all sorts – prison, beatings, turning evidence against lovers – at a time when it was illegal to be with another man.

“The first time I saw those testimonies put into the drama, I was completely moved and astounded at how honest and courageous all those men were,” says Mays. “It adds a really interesting element to the whole piece and actually really deepens the drama.”

A heterosexual married father-of-two, Mays admits his first gay sex scene, which shows Wildeblood with his lover Edward McNally, played by Richard Gadd, terrified him. “This was an example of feeling the fear and then going for it; I knew I had to take a risk,” he says. “Sex scenes are always embarrassing to film. They are meant to be closed sets, but basically there are always people standing around watching you.

“We knew that no one wanted to have two self-conscious actors rolling around. I think it helped that we filmed the scene towards the end of the shoot so we already had a lot of trust between us and we opened a bottle of champagne to give us both a bit of Dutch courage.

“Peter Wildeblood isn’t a character that people would associate me with, and that made the role all the more appealing. I feel honoured that the BBC would trust me with telling the story of such an inspirational man.”

While there is plenty of debate in the industry about whether success is skewed towards chisel-faced, floppy-haired, upper middle-class actors who went to private school and Oxbridge, Mays, with his hang-dog looks and mop of unruly curls is quietly making his own way and is even taking the posh roles.

As the third of four boys in his family, the Essex-born son of an electrician and factory worker was naturally an attention-seeker who preferred dancing to football. He won scholarships to the Italia Conti Stage School and to Rada (The Royal Academy of Dramatic Art) where they tried to knock out his accent, but he remains a proud Essex boy.

“I see ‘posh’ as a dialect, the same as Northern or Irish, but it’s not one I speak with in my normal life,” Mays says. “I know there are some actors who have changed the way they speak but the idea of that has never sat well with me. I would feel like I was betraying myself.”

A self-confessed workaholic, his can-do attitude has made him a favourite with casting directors, which means he is always busy.

“I know it might feel like I am never off the box at the moment,” Mays laughs. “I apologise. It’s funny being in the position where I am now. It’s a balancing act; you’ve got to pay the mortgage but you want to be creative in the choices you make. Sometimes it’s about being brave and turning stuff down; other times it’s about challenging yourself.”

And there are plenty more challenges ahead. Mays can next be seen in horror movie The Limehouse Golem, alongside Bill Nighy, which will hit cinemas in August. After that, he will be in a comedy film called Swimming with Men, alongside Rob Brydon (Gavin & Stacey), which is due to be released next spring. Based loosely on a Swedish documentary called Men Who Swim, it’s about a group of mid-life crisis men who take up synchronised swimming.

The actor also recently recorded an episode of BBC2 comedy Inside No9 with Steve Pemberton and Rhys Shearsmith – there’s a Sex Pistols theme – and is currently filming HBO movie My Dinner With Herve, about French actor and The Man With The Golden Gun star Herve Villechaize, alongside Peter Dinklage and Jamie Dornan.

“And then I think I am going on holiday,” sighs Mays. “It’s been a non-stop 12 months but it’s hard to say no to all these exciting jobs. The more left field it has been, the more I see the merit in it. I’m a year off 40 now and I still have more ambitions; there is other stuff I feel capable of and I just hope I get even more opportunities. I don’t want to stop now.”