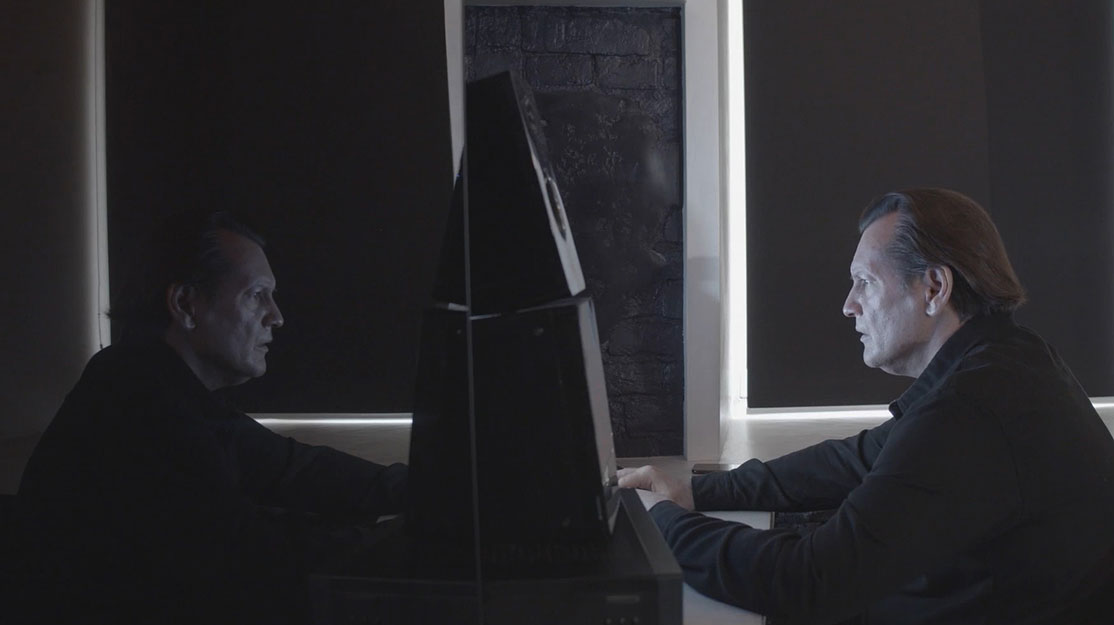 With much of the world in lockdown at the height of the coronavirus pandemic, pressure was placed on not just jobs, schools and mental wellbeing but also people’s relationships.

Russian anthology series Games People Play, which was filmed and is set during the lockdown, focuses on both positive and negative stories surrounding the bonds people share and how they were affected by the restrictions placed on society.

Here, Start’s creative producer Irina Sosnovaya introduces the series and reveals how it was developed and filmed during lockdown, while Yellow, Black & White’s Daria Bondarenko discusses the show’s international potential.

How would you describe the story of Games People Play?
Sosnovaya: It was important for us to produce a drama series about relationships during lockdown. There is so much to explore with regard to developing relationships in a closed space. It can be discussed from a variety of angles, and the lockdown has only highlighted the issue.
Moreover, the stories told in Games People Play perfectly illustrate how all the characters in this story are limited not only by the walls of their apartment, but also by the most rigid and insurmountable boundaries within themselves. None of them really know what they want from life, and neither do they want to acknowledge a more terrible isolation – their inner one.

Who are the main characters and how do we meet them?
Sosnovaya: Games People Play consists of three short stories that intersect at the end. The first is the story of a young girl who is asked by an elderly, wealthy businessman to play the role of his mother, paying her a generous fee. This strange game has one rule: the girl should always be in touch, always be in character and should tell only the truth about herself. So, they play, opening up to each other more and more. But the more the characters get to know each other, the more difficult their relationship becomes, because the girl understands the mysterious interlocutor is her father who once abandoned her.
The second story is about lovers who were locked in apartments with their legal spouses during the lockdown – and being forced to be with someone you don’t love is worse than being alone. They take turns fighting with each other on video calls. Hiding in the bathroom, they think about how they will live after the end of the lockdown. The four of them have a virtual birthday party on Zoom. All these characters lock themselves not so much in apartments but in invincible egocentrism. And when talking to each other remotely, their focus is not on understanding each other, but winning in a verbal duel.
The third story is about a real, not-so-vicious love. At its centre are those who are at risk – elderly people who long ago got used to their eternal abandonment. Victor finds his first love, Anna, on Facebook. At first, they shyly correspond, then he finally calls her. They have a life behind them: unhappy love, unfulfilled hopes, unspoken words. It is only in isolation that they begin to move towards each other, taking two steps forward and one step back. The worst thing for them is to start descending from their own mountain out of insecurities, fears, doubts and life experience. As a result, the story of their breakup in the past and the impossibility of a common future are revealed to the audience.

How was the series conceived during the pandemic?
Sosnovaya: The project was written, filmed and released during lockdown. It was a kind of social mission to make a project to help people reflect on the situation they found themselves in. After all, for many people, lockdown has become an opportunity to face themselves, their problems and their own inner loneliness. We gave the audience food for thought on a relevant topic, an opportunity to feel less alone, to recognise themselves in the characters and to discuss with them the issues that concern us all during this period.

How was it developed with the writers, director and cast?
Sosnovaya: Obviously it was simply not possible to assemble a large and familiar team during lockdown. It was not safe and, as it turned out, it was not necessary. Therefore, we worked with a minimal team. The talented Konstantin Bogomolov, creator of Start’s Russian Affairs, was both the director and writer of the series. I was a producer, editor and casting director.
The actors filmed themselves on their phones so they were both actors and, to some extent, camera operators. However, we had one director of photography who also shot them with an external camera. The lockdown created quite unusual working conditions, but it seems to us that it only had a positive effect on the result.

Tell us about the writing process behind the series.
Sosnovaya: We set a goal to release the project as soon as possible, so that it was relevant and so it could support people at home. We started shooting when five episodes were written; the other three were written during the shooting process. It was an incredible experience for us – the series was released at a time when we were still in production mode.

The series is about love in isolation. How does it discuss this theme, and what kinds of stories are there?
Sosnovaya: ‘Love’ is a very big word. What we are talking about in our project is a more subtle matter. But it is definitely about love: love between a man and a woman that lasts for many years and overcomes any circumstances; the love of a parent for a child; and, finally, love for yourself.
By and large, the stories shown in the series could happen to us outside of lockdown. It’s just that, in this case, self-isolation is an additional trigger. It seems to me the stories that unfold in our series are not tied only to the lockdown: they are psychological, human and they will still be relevant after a while.

How was the series filmed using cameras and screen recordings? Does it have a particular visual style?
Sosnovaya: We used the most secure shooting technology for everyone. Artists were at home and filmed themselves on their phones. Dialogue took place over Zoom and Skype in real time. There was also one external camera. The director and I received the signal from these cameras and managed the process autonomously. All preparation and rehearsals, as well as editing and the rest of post-production, took place online.
If we hadn’t come up with a story that really captured our imaginations, we wouldn’t have started this project. The form should not dictate the content. In our case, the method of shooting allowed us to pay close attention to the dialogue and characters. This story is complex, dramatic and, at the same time, not devoid of irony.

What lessons did you learn from making a project like this?
Sosnovaya: The Start and Yellow, Black & White teams tried to see the circumstances in which we all found ourselves as a chance to become more creative, adaptive and responsive to the needs of the audience. We tried to see opportunities in this situation, not limitations. For example, we had a chance to work with great talent who we had wanted to work with for a long time but had been too busy to do so.
The lockdown gave us all a set of important skills and showed us how much time and effort you can save if you use or ‘spend’ them rationally. How many brilliant ideas have been born in home offices? All you had to do was slow down and stop rushing around all the time. I am sure that we can make lemonade out of this lemon and learn to work faster and better.

What challenges did you experience while making the show?
Sosnovaya: The main challenge was time – to create a quality product in a short period of time and with a minimal crew. Also, of course, the safety of all members of the shooting group had to be considered – every week we did coronavirus tests for all employees.

What challenges will you face making series after the pandemic?
Sosnovaya: During the pandemic, we stopped shooting and preparing several projects, because it is important for us that everyone we work with returns to their work duties healthy and happy. Now we are gradually unfreezing these projects and preparing to resume shooting, while understanding that any force majeure is possible in the future. And it is important for us to take maximum responsibility for the safety of shooting processes.

Why might international viewers be drawn to the series?
Daria Bondarenko, exec VP of international business development at Yellow Black & White: The pandemic has affected people from all walks of life all over the world. But far from driving us apart, the situation has highlighted what humans have in common: lockdown, isolation, loneliness, anxiety and fear. These universal human reactions to the pandemic, and accompanying emotions, make this drama even more relatable.
The inescapable claustrophobic situation of lockdown provides more dramatic tension to almost any scene – and the screen is held well by experienced and credible actors.
Like most shows, what really makes Games People Play work is not the external Covid pandemic, but the brilliant writer/director and the superb cast. It’s a great show, and it’s unbelievable that they turned it round so quickly.