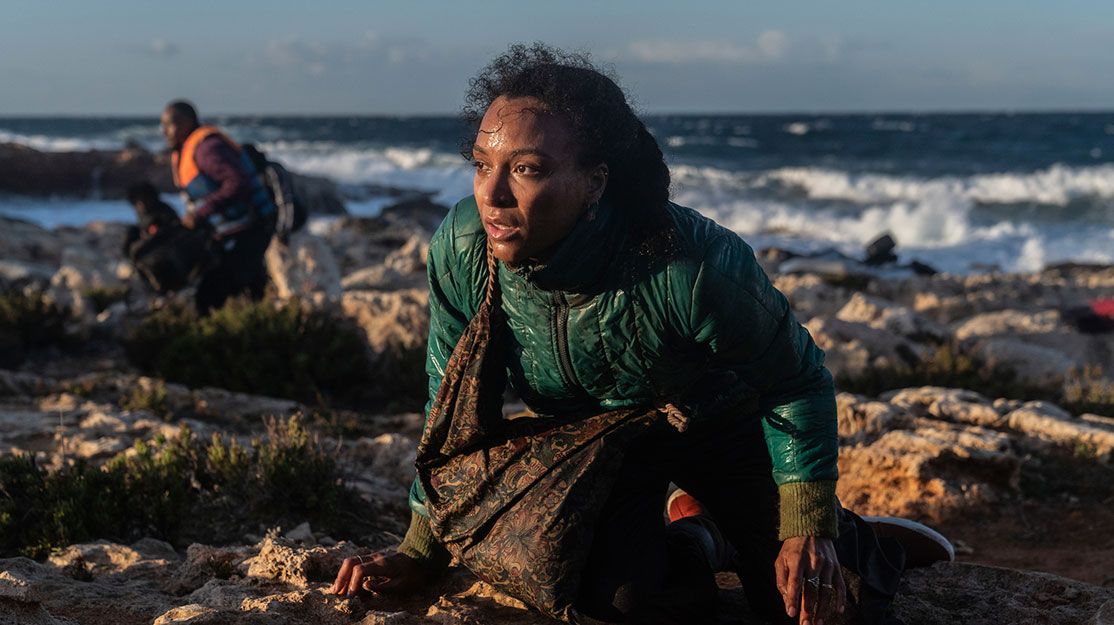 Matti Kinnunen, the writer and director of Finnish drama Rahti (Cargo), looks back on the years-long journey to making the human-trafficking drama and discusses the universal themes that link his screen work.

Writer and director Matti Kinnunen almost did not notice the brief article printed in a Finnish newspaper eight years ago. It was about a man who had been stopped by police officers carrying out random roadside inspections. The man, it turned out, had concealed several people in the back of his van and was attempting to smuggle them into the country.

Kinnunen was surprised it wasn’t a headline story, but it got him thinking, nonetheless. “It was probably the first news I had read about human smuggling in Finland,” he tells DQ. “I began to wonder why the police had pulled over this particular van. It made me think that these types of things must happen more often than I thought, and that there would likely be more news like this circulating in Finland soon.”

Feeling compelled to highlight the issue of human smuggling in his home country, Kinnunen decided to use the article as a basis for a drama series, which he went on to write and direct. The result is Rahti (Cargo), an eight-parter that will launch on Finnish pubcaster YLE later this year.

Produced by Fremantle Finland, the multi-layered series follows different characters as they each encounter human smuggling. First there is Kiki (Evelyn Rasmussen Osazuwa), a young Eritrean woman who becomes separated from her husband and daughter as they flee to Finland. In Finland, meanwhile, brothers Riku (Johannes Holopainen) and Joni (Amos Brotherus) steal a van unaware that there are people hidden inside, while lawyer Maria (Oona Airola), who has waited years to adopt, becomes the legal guardian of a child whose parents’ whereabouts are unknown. The series is distributed by Fremantle.

Kinnunen, who has been nominated for this year’s Nordic TV Drama Screenplay Award at Göteburg Film Festival’s TV Drama Vision event, says there is no clear message behind the series. “There is no ultimate solution to anything,” he explains. “I think lots of people think there is a clear answer to the refugee crisis or human smuggling, but what I want to show is that it is not a clear situation.”

This is no more typified than in the character of Maria, who is introduced in the second episode and goes on to become the legal guardian of a child. Maria is a lawyer, a career Kinnunen says is associated with justice and prestige. In Cargo, however, she has the most “ambivalent” morals. “When you meet someone who needs help, what are you going to do? Are you going to help, or do you also get something in return?” Kinnunen says. “Maria has a job that is all about helping people, but she is actually blind to what people need. I’m not interested in purely good or bad characters; I like exploring the grey areas and Maria is an example of that.”

Kinnunen undertook immense research while developing Cargo, describing himself as a “detective.” That is partly because in 2012, he found there were scant articles or statistics about human smuggling. “There was a lot of information on the internet, though,” he adds. “The problem was there was too much information, some of it incorrect, so it took some time to find the precise details I needed.”

To bolster his internet research, Kinnunen spoke to a police officer and refugee charity workers. “I was lucky to find a police officer who was willing to speak to me. He told me he didn’t know much about human smuggling because it is such a clandestine crime. He gave me some pointers, though, and they were helpful,” he reveals. “It was the same with the charity workers: they were really helpful but also didn’t have detailed information.”

Once Kinnunen had gathered enough information, he pitched the idea, only to receive knockbacks. By then, it was 2015 and the refugee crisis was making headlines worldwide. The United Nations Refugee Agency called it “the year of Europe’s refugee crisis.” Kinnunen was told by potential backers that the series was too topical. “I think the series was seen by producers and distributors as being too ‘of the moment,’” he says. “People were shocked with what was going on in the news and so there were concerns a drama dealing with the same thing would be overwhelming.”

However, Jarmo Lampela, who was appointed head of drama at YLE the same year, had a different outlook. Kinnunen says he encouraged the project from the outset and was instrumental in getting the series made. “I was really lucky as he liked the idea and saw the potential, so then he started to help me. He was the missing key and the engineer of the project,” he says.

Kinnunen was also warned that Cargo was too ambitious for its modest budget. “People said I had an impossible aim because it was a time when budgets were not that big for Finnish television and broadcasting. I was told from the very beginning that it would be difficult, as the series would need to be shot abroad on a limited budget.” Once again, Lampela stepped in and told him to ignore naysayers. “He told me to not worry about budgets and to just focus on the story I wanted to tell,” Kinnunen says. Financing was also provided by fellow Nordic public broadcasters DR, NRK, SVT and RÚV.

Budget constraints were by no means the biggest challenge when filming Cargo, which shot in locations including Malta, Finland, Rome and Stockholm. On just the 11th day of filming, the coronavirus pandemic gripped the world, forcing productions including Cargo to shut down. “We had to drop everything and leave,” Kinnunen recalls. “Then there was a lockdown so we had to wait for three or four months to pass before we could do anything. It made things difficult. For example, we had to find new filming locations as contracts were cancelled. I had to rewrite a lot of scenes.

“For one shoot in Stockholm, we were eventually given the all-clear to film, but we were only able to go with a very small unit and without some of the actors. It made things a bit of a puzzle, but it worked out fine in the end,” Kinnunen adds.

Most of the roles in the series were cast with upcoming or first-time actors and children, many of whom had never been on set before. This meant Kinnunen had to spend more time than planned with the cast. “It was challenging having actors new to the industry,” he says. “I spent lots of time working with them rather than on framing shots. But making everything look and feel as real as possible was more important to me than the cinematography.”

Kinnunen had always dreamed of becoming a screenwriter and director, but says he lacked the courage to pursue his goal in his teens. After finishing a degree in economics and communication, however, he made the decision to take a career in the film and TV industry seriously. He first honed is craft as an amateur photographer and later became a writer for semi-professional theatre groups.

His first major contract was as a writer and director for Salatut elämät (Concealed Lives), a long-running Finnish soap opera that premiered in 1999. The series will continue until at least 2023, making it the longest-running drama of all time in Finland. “I stayed there for a while but then felt it was time to leave, partly because I couldn’t see the end of the show because it’s endless,” Kinnunen jokes.

Harbouring ambitions to produce grittier drama series, Kinnunen moved on to write and direct punk rock film Miss Farkku-Suomi (Miss Blue Jeans) and Pieniä suuria valheita (Time Out), a film that deals bullying. As a result, Kinnunen boasts a diverse body of work, although he believes his projects are more connected than they appear at first glance. “They aren’t that different from each other because they all deal with universal themes,” he says. “I’m focused on people, and all my shows are character-driven. Even if audiences don’t have the same experience as the characters, they can relate to certain emotions they feel.”

Kinnunen prefers to write with other people. “When I write, I like to talk aloud so I prefer working with someone. I need them to talk back to me and give me feedback, as well as bringing and challenging ideas,” he says.

“I try to avoid the real process of writing, the draft stage, for as long as possible. Instead, I spend a lot of time talking and thinking through problems and resolving them. I also picture the world I want to create and put myself in the characters’ shoes.”

He also writes series he wants to see more of on screen. “I would like to see more drama that deals with reality and real people when I open Netflix and HBO. I am always drawn to drama series both as a creator and as a consumer,” he says.

Kinnunen believes Finnish series are slowly gaining international momentum. Last month Walter Presents, the UK-based streamer that specialises in non-English-language drama, launched its first show from Finland, crime drama Kaikki synnit (All the Sins), which also stars Holopainen. “It does seem that shows from Finland are drawing international audiences,” Kinnunen says. “But it is much harder to convince people to finance or acquire a drama series rather than crime or comedy shows, because they always get high ratings.”

If Cargo is anything to go by, that will soon change.