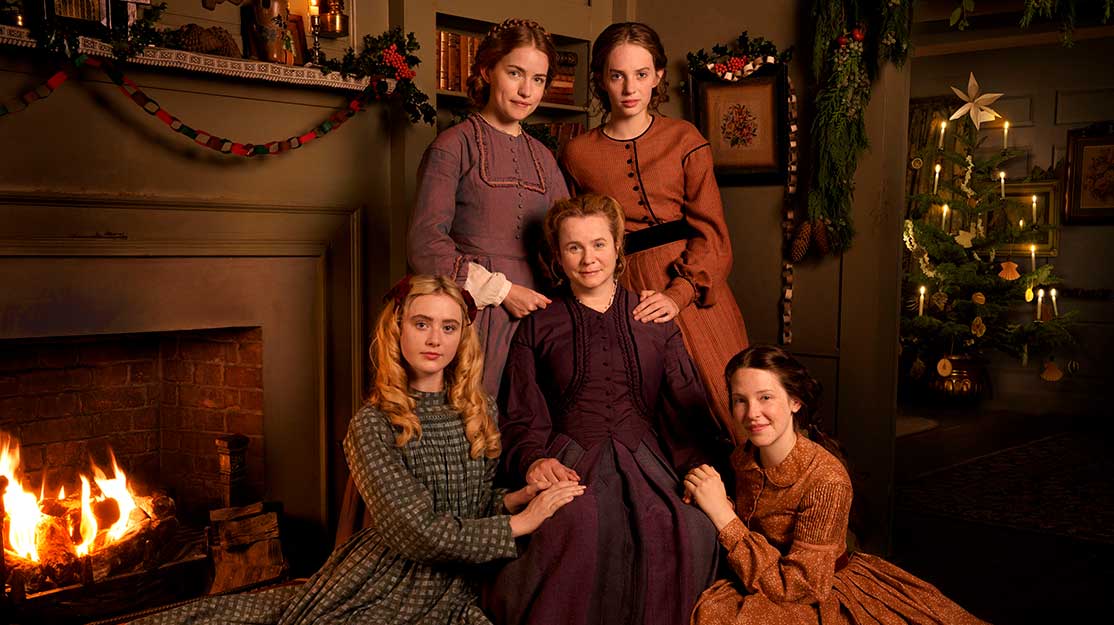 Drama series can often be years in the making, trudging through development hell before finding a route to air. Not so for Little Women, the three-part miniseries that proved a popular addition to the BBC’s Christmas 2017 schedule and is now set to air in the US on PBS Masterpiece, beginning this Sunday.

“We got the greenlight just before Christmas 2016 but there were no scripts,” recalls executive producer Sophie Gardner, the former head of drama at producer Playground Entertainment. That meant Heidi Thomas (Call the Midwife) faced a tight deadline to turn around the scripts, based on Louisa May Alcott’s classic novel, while the production team also faced a battle to put the cast in place.

“You need a script to be able to attract your Angela Lansburys as well, so it was quite a tight one,” Gardiner continues. “But because Heidi wrote them really well, her first drafts in each instance were great. Heidi knows the book inside out. There was also a very clear sense in her mind of what had stuck with her and what perspective she was writing it from.

“The actual production, in terms of the shoot, wasn’t curtailed. It was just getting the scripts done much quicker and then at the end, in post-production, it was quicker than it normally would be, so we were editing two [episodes] at the same time. It’s funny, though, because you work so intensely for a year whole and then it goes out and it’s gone.”

Set against the backdrop of a country divided, Little Women follows the four March sisters: Meg (Willa Fitzgerald), Jo (Maya Hawke), Beth (Annes Elwy) and Amy (Kathryn Newton) on their journey from childhood to adulthood while their father (Dylan Baker) is away at war.

Under the guidance of their mother Marmee (Emily Watson), the girls navigate issues such as gender roles, sibling rivalry, first loves, loss and marriage, accompanied by the charming boy next door Laurie Laurence (Jonah Hauer-King), their cantankerous and wealthy aunt March (Lansbury) and benevolent neighbour Mr Laurence (Michael Gambon). The story is described a coming-of-age tale that is as relevant and engaging today as it was upon the book’s original publication in 1868. The three-part show is distributed by Lionsgate.

After pitching an adaptation of Little Women to the BBC, Gardiner sought out Thomas to pen the scripts without knowing it was one of the writer’s favourite novels. “She writes with such a lot of warmth and depth around the domestic, and that is what Little Women is,” Gardiner says. “She does that so brilliantly and gets right into the heart of characters and how they interact with each other in a very domestic context. Once she delivered those great scripts, it was our job to deliver on the high expectations, and that was beautifully collaborative all the way through.”

Thomas’s fondness for the book meant she had already considered how she could adapt it, with a focus on keeping it modern and fresh. “One of the things I loved about what Heidi did is the scene where they’re getting ready for a party and Jo ruins Meg’s hair,” Gardiner reveals. “It could have been my daughters getting ready to go out. It has a very modern feeling, even though it’s absolutely set in the period. Things like when Jo moves to New York and she’s on her own for the first time without sisters – there’s a really tiny beat in it of Jo struggling to put on her own corset because she’s never done it by herself. Those sorts of things, they’re so small and they don’t change anything but, accumulatively, they make it feel very truthful, and maybe that’s what made it feel fresh and modern. It was looking at the reality of that life, and I think Heidi came to that pretty early on.”

Shooting took place across a summer in Ireland, which doubled for Concord, Massachusetts. But with Alcott’s story set across all four seasons, the crew were tasked with recreating numerous conditions.

“The seasons are very relevant so that was our biggest challenge,” Gardiner says. “But I like to think we did pretty well. We were really lucky. On the days you’re shooting snow, if it’s raining, that’s a real problem. But we were really lucky because it never rained. There was a lot of hard work, obviously, by the production designer and the VFX people, but overall it was a very blessed production.”

Behind the camera was director Vanessa Caswill, whose previous credits include BBC psychological drama Thirteen. She joined the production in April 2017 and began work a week later, scouting locations in and around Dublin before heading to the US to visit Orchard House, the building in which Alcott wrote Little Women and which is also the story’s setting.

“It’s extremely honest and respectful [of the original book],” the director says of the adaptation. “It’s probably got more of the story than any other adaptation has because we’ve had three hours to do it rather than an hour-and-a-half. Heidi is really masterful at distilling drama and finding dramatic moments in it. She’s captured all the depth and beauty and sensitivity in it, and it’s all about the characters and telling their story and their emotional journey, which she’s done very honestly and delicately.”

Gardiner describes Caswill as a “very lyrical director, very emotional and very physical.” And before shooting began, Caswill spent a week with the cast in rehearsals – the main aim of which was to turn the cast into the family they would play on screen.

“By the end of that week, those four girls and Emily Watson had an intimacy and a comfort with each other that was really second nature,” the director says. “It was wonderful. We actually ended up doing a lot of physical exercises and space and relational exercises rather than too much intellectualising. It was very important for me also to spend time with each of the relationship dynamics so every sister got a chance to rehearse with each sister and with each parent. I just wanted a sense of intimacy between them and that they really felt comfortable and vulnerable in front of each other.”

On set, Caswill used handheld cameras to achieve the level of intimacy she desired, describing these as being like a “fifth sister.” She also shelved traditional blocking techniques, instead looking to feature all four sisters in shot at once to create the idea that at the start, they are a “four-headed monster” but by the end, they have all splintered and are following their own lives.

“We don’t see enough female protagonists that aren’t being abused or aren’t mad,” the director adds. “This is about really wholehearted women who have integrity and who are becoming women, understanding the world and finding their voice in it and expressing it and doing it through being good. That’s extremely current and important because we don’t see that enough. We see all the darkness and very rarely the light.

“The story really matters to me because it’s a humanist story and it’s aspirational and about trying to be the better version of ourselves. It’s really interesting to see a story that’s about trying to master ourselves.”