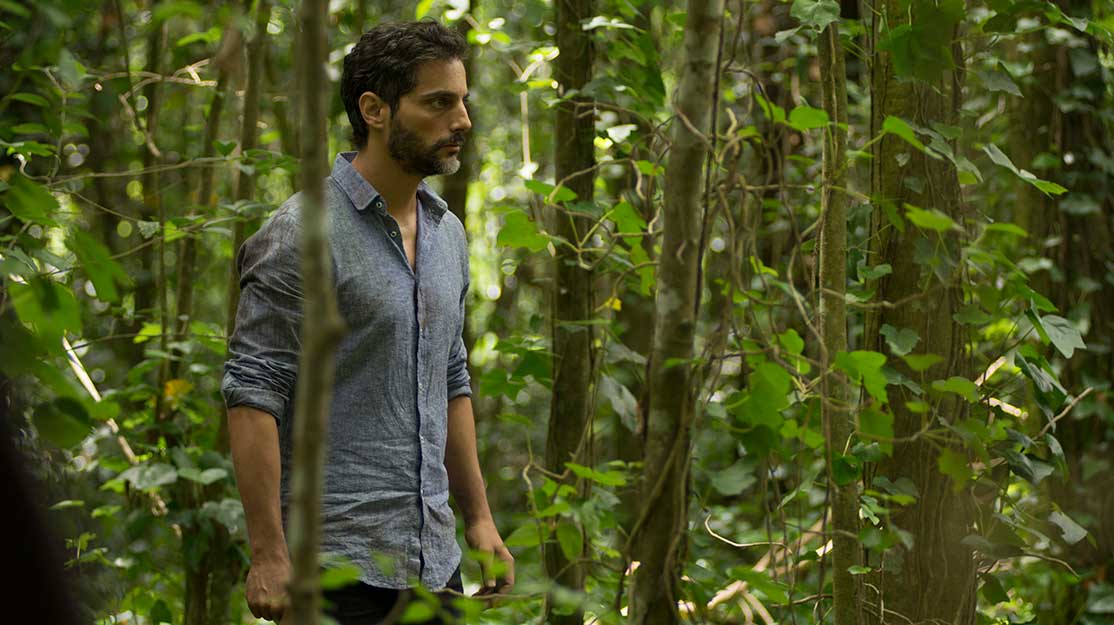 Buoyed by the success of its US counterpart, HBO Latin America is celebrating its own golden age of drama across the region. Roberto Ríos, VP of original production, looks back on 15 years of storytelling.

It began with a show called Epitafios. Five years after HBO first launched The Sopranos and in the same year that the cablenet premiered acclaimed western drama Deadwood, HBO Latin America followed in the footsteps of its US counterpart by launching its first original series.

Produced in Argentina, Epitafios saw two detectives reunite in a bid to solve a series of logic-defying killings, leading them on a quest to stop a killer hellbent on murders that replicate works of art. Running for two seasons from 2004, it was written by Marcelo and Walter Slavich, the brothers who would go on to create one of HBO Lat Am’s standout series, Sr Ávila.

More dramas followed, inspired by stories and creative talent from across Latin America. Brazilian legal drama Mandrake and family saga Filhos do Carnaval (Sons of the Carnival) debuted in 2005 and 2006 respectively, before Mexico’s prison-based Capadocia in 2008.

Chile’s drug-trafficking drama Prófugos arrived in 2011, ahead of Sr Ávila in 2013. That same year, Brazil’s female-led escort series O Negócio (The Business) launched ahead of other dramas from the Portuguese-speaking country: psychiatry comedy-drama PSI and 1970s-set Magnífica 70, about a movie censor who becomes obsessed with an adult film star. The latter’s third season launches in October.

Most recently, El Jardín de Bronce (The Bronze Garden, pictured top) was renewed for a second season following its launch last year. Hailing from Argentina and filmed in Buenos Aires, the series follows an architect’s desperate search for his missing daughter.

Since Epitafios was commissioned in 2003, more than 80 local productions – including comedies and factual series – have aired on HBO Latin America, with the broadcaster now celebrating 15 years of original programming.

“HBO has always focused on finding the best talent to create innovative, high-quality content that resonates with our audience,” says Roberto Ríos, VP of original productions. “We have always been passionate about telling stories that, besides entertaining, offer audiences an opportunity for reflection. We give a lot of value to the freedom of creation, which allows us to bring together the best production teams and form alliances that lead us to produce content, with the highest quality standards, at another level, bringing what starts on paper to life in the most impactful way for our audience.”

HBO Lat Am’s output has encouraged production across Brazil, Mexico, Argentina and Chile, while series such as O Negocio and El Jardín de Bronce have debuted simultaneously in more than 50 countries.

“It’s been a long time,” Ríos says, looking back at HBO Lat Am’s originals over the past decade-and-a-half. “It’s an entire generation of production behind us. When we started, there was no production for television. Television in Latin America was produced by free TV stations for free TV stations. There was nothing produced for anyone else.

“We were already going through the peak golden age of HBO programming with The Sopranos, The Wire and Six Feet Under, and that was the moment that we started. Now, 15 years later, having seen all the stuff we have done, there’s a lot of production under our belt.”

Ríos says he is proud that people now understand what HBO Lat Am programming should look like, and that other companies are even producing content in a similar vein. Most notable is Netflix’s expansion into the region, with series such as Narcos (Colombia) and 3% (Brazil) highlighting some of the increasingly superior drama being produced in the region.

“We wanted to look unlike anything being produced at the time,” he says of the cable network’s original ambitions. “We still look for that. We look for stories that are genuine, relevant, that haven’t been told yet. We want to give a voice to the people who have stories to tell but who still don’t have the opportunity to tell them. The fantastic thing is that something like Sr Ávila, which is written in Argentina with creative forces from Mexico, we created this fantastic original story that is genuine yet universal at the same time.”

This year will see production begin on new original series, including Mil Colmillos, the first HBO Lat Am drama produced in Colombia. Filmed in the Amazon rainforest, as well as in other locations in the country, it tells the story of an elite Colombian army commando tasked with taking down the unknown but powerful leader of a militia of uncertain origin.

HBO Lat Am is not satisfied merely producing series for its own subscribers, however, with Ríos particularly enthralled by the opportunities to showcase Latin American stories around the world.

“We’re no longer doing something for the Mexican public in Mexico, we’re doing something that is now seen in more than 80 countries,” he says. “It is a fascinating thing. The public is so used to watching international television regularly that they don’t think about it any more. Even in the US, Americans are so resistant to international content but they are consuming it, especially the younger generation. Now you can watch a Korean TV series, a French film or a Brazilian TV series the same way you would consume anything. It’s natural for people now and that’s part of the thrill.”

Ríos is also surprised by the relationships that have been forged between countries in the region. “The fact is most of them speak Spanish – but very different Spanish – and although Brazil is a separate country that speaks Portuguese, the funny thing is sometimes there are more cultural cross-references between Brazil and Argentina than between Argentina and Mexico.

“It’s fascinating we are exploring all these different cultural possibilities and bringing them to not only our continent but also the rest of the world.”