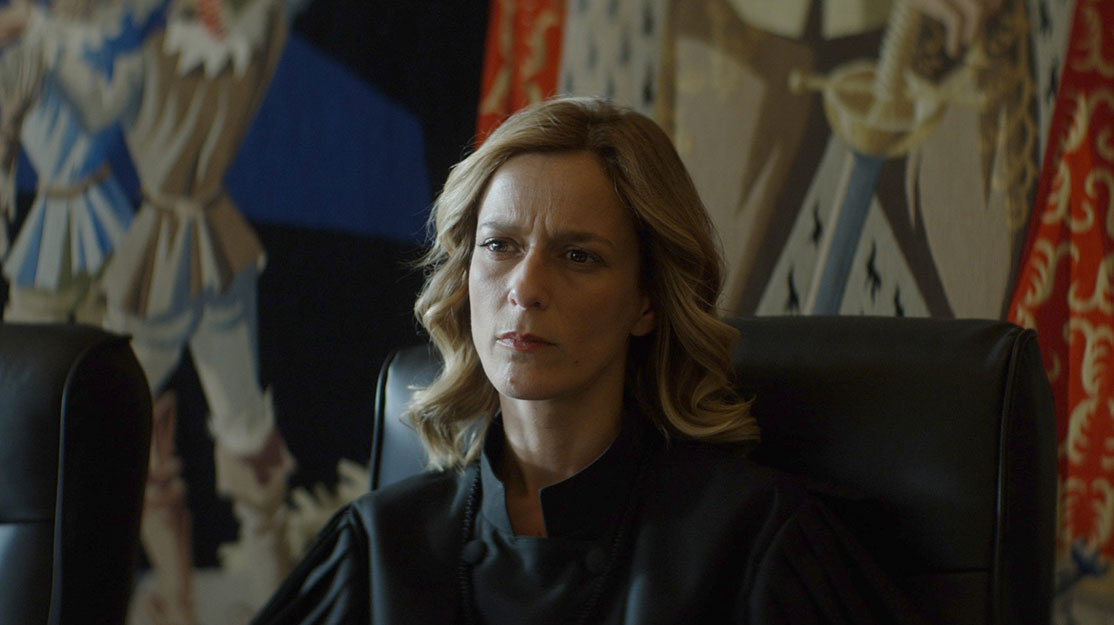 Arquipélago Filmes’ Edgar Medina outlines the producer’s courtroom noir Causa Própria (Natural Law), revealing how he secured star Margarida Vila-Nova for the lead role and how to stay creative on a modest budget.

When one of the biggest stars in Portugal just happens to be your neighbour, it’s only natural to ask her to take the lead in your latest series. That’s exactly what happened when Arquipélago Filmes writer and producer Edgar Medina spoke to Margarida Vila-Nova about starring in seven-part drama Causa Própria (Natural Law). Of course, she said yes.

Vila-Nova plays Ana, a small-town judge who spends most of her time presiding over the day-to-day crises facing members of the community. But after a student is found dead in a local park and a group of teenagers are accused of murder, matters become complicated when Ana’s son becomes unexpectedly linked to the crime. She then faces a dilemma that could put her whole family in danger.

“She is probably the most important actress of her generation in Portugal,” Medina says of Vila-Nova. “Even though she is still young, she has a maturity in her performances. We wrote the series thinking of her [for the role].”

The drama serves up another slice of Portuguese life after the success of Arquipélago’s Sul (South), a brooding crime drama described as a love letter to Lisbon. That series was co-written and executive produced by Medina, who reprises those roles for Natural Law. With João Nuno Pinto directing, Medina created the series alongside Rui Cardoso Martins and they both wrote the scripts with Guilherme Mendonça and Elsa Sequeira Santon.

“We started working on this before South. We sold the show to [Portuguese broadcaster] RTP before that series,” Medina recalls. “Initially, we only wanted to feature a series of small cases, which would be more or less based on real cases that were part of newspaper columns Rui wrote for one of Portugal’s main newspapers, Público. Every week, he put together this column featuring new cases happening in court. They were very human but also extraordinary, unbelievable even, and my first idea was to adapt one column per episode featuring these small stories. Then RTP suggested doing an entire story across the first season, so we joined the two ideas together. We have the big story of the judge and also the small court cases.”

Following the discovery of the victim, the police investigation soon overwhelms people from all corners of the town. But the story principally follows Ana who, when she first learns a body has been discovered, fears it may be her son, David, lying in the morgue. As the police dig deeper, it seems David may be more involved than he is letting on.

“We start with the death and the idea was to contaminate all these characters so that, by the end, all the characters will be totally changed by this death,” Medina explains. “What the characters learn about themselves, and about truth and justice, will be clear at the end.”

Medina and Martins created the world of the show, established the characters and outlined what would happen in each episode. The four writers then worked as a team, each one writing an episode and then revising each other’s work.

Though the broadcaster’s input was invaluable in determining the structure of the series, Medina says the creatives were otherwise left to their own devices as to how to deliver the story, which blends complex family relationships with the legal jousting of a courtroom drama and a haunting noirish title sequence that plays on the impact the central murder has on the town and its people.

“I only work with complete freedom because sometimes I don’t have the proper amount of money to do things [under restrictions]. We present shows to RTP and they pre-buy them, so then we have the rest of the world to sell the show to. But they don’t demand anything. We have a smooth relationship. They don’t impose, they don’t see the rushes. They may make suggestions when they see some cuts, but they are usually technical suggestions.

“It’s very bad working with only Portuguese money, because then you are working with very little money. But it does mean you have freedom. We got some money from the ICA [Portuguese Institute of Cinema], and then you’re able more or less to work with creative freedom. But we’re making miracles. For me, this is a great show anywhere in the world.”

“I really don’t care much about dead people or who did the crime. For me, the discovery of the body in the park at the beginning of the series is a pretext to other things,” he explains. “I’m much more interested in how this death creates changes and struggles for and between the characters, and how characters evolve. This show starts as crime drama, then it becomes a courtroom drama, and in the last three episodes it becomes something else about how the crime affects the characters. It’s about much more than who killed the student.”

Filming took place between May and June 2021, ahead of its launch in Portugal in January this year. Everything was shot on location, in and around the city of Caldas da Rainha, though the courtroom was constructed inside a local hotel that served as a studio.

Having conceived Natural Law as a three-season series, Medina is looking at the possibility of returning to the show next year. In the meantime, he is buoyant about Portugal’s place in international television as the booming demand for local-language series around the world shows no sign of abating.

“There are more possibilities internationally and there is more interest from streaming platforms,” he says. “We are still, of course, a minor country so we have to do much more for the same results [compared to the US or UK, for example]. But I would really like Portugal to be known for its quality. We shouldn’t do many things, we should do better things. That is the thing I’m really concerned with. If we do that, international growth will come more easily.”

As for Natural Law, “we make shows that are Portuguese and that have roots tied to this culture, but they are also universal stories,“ he says. “This show compares to anything in the noir genre. It’s a crime courtroom drama that could be seen anywhere in the world.”