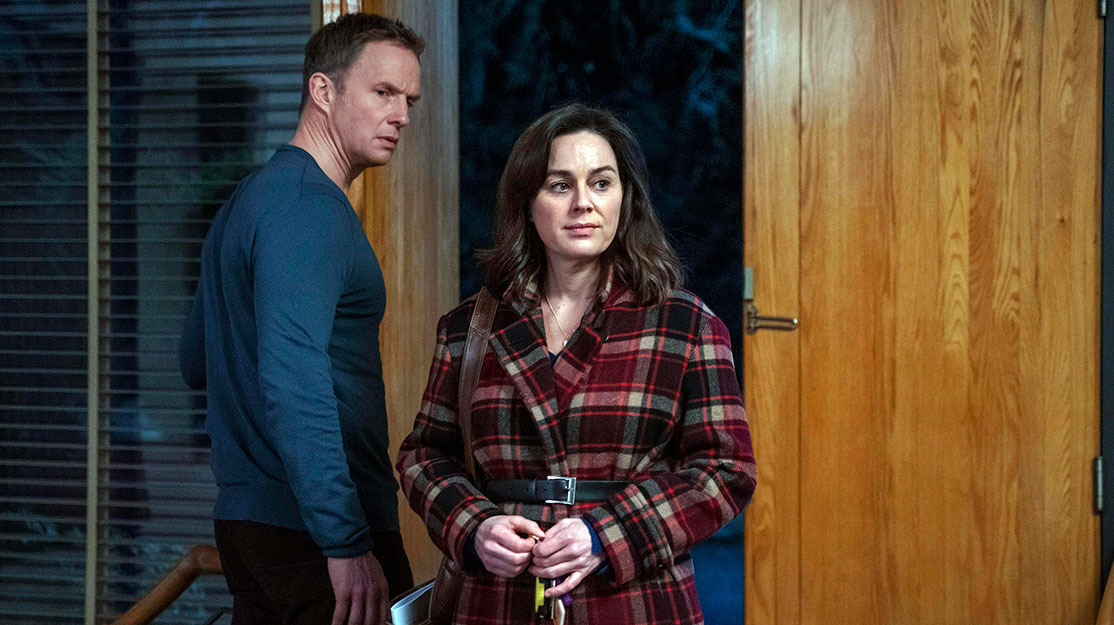 Jason Maza, executive producer of The Drowning, tells DQ about transforming a film script into this four-part thriller and how the production overcame obstacles presented by the pandemic.

Nine years after Jodie’s four-year-old son dies in a tragic drowning accident, she sees him – or someone she believes is him – walking to school. But while most people might brush off the sighting as a momentary hallucination, so adamant is Jodie that teenager Daniel is her missing Tom that she tracks down his home address and wins a job at his school.

From that moment on, viewers can expect an edge-of-your-seat thriller as Jodie seeks to discover the truth about this boy’s identity and what happened to her son almost a decade ago.

Starring Jill Halfpenny, Rupert Penry-Jones, Babs Olusanmokun, Jonas Armstrong and Cody Molko as Daniel, the Channel 5 series comes from Unstoppable Film & TV, the company set up by actors and producers Jason Maza and Noel Clarke with ambitions to tell noisy, cinematic stories and work with new and diverse talent in front of and behind the camera. The company is best known for producing independent British feature films such as Adulthood, Brotherhood and Songbird, while also making Sky crime drama Bulletproof, in which Clarke stars alongside Ashley Walters.

Maza says The Drowning is something a bit different for Unstoppable, describing it as “a very British story, but the way it’s been shot, it looks incredibly cinematic and is really big in scale.”

In the show, Dark Money and Three Girls star Halfpenny plays Jodie, who becomes obsessed with the teenager she believes is her son, whose body was never found at the lake where it was assumed he had drowned.

Distributed by All3Media International, the project first arrived at Unstoppable in the form of a movie, and though Maza was intrigued by the story, he felt the feature-length format failed to do justice to the characters. He then raised the prospect of turning it into a four-part series with creators Luke Watson (Britannia) and Francesca Brill (Cuckoo).

“Luckily, the writers were really up for it,” he says. “There was a lot more to be explored. It just felt right that, actually, this could be a really amazing four-parter. And luckily for me, the writers were like, ‘Yeah, we’re down for it. We get it. We see it.’ We developed it as a four-parter and it really worked. For us, on paper, this is a traditional show, so [the question was] where is the Unstoppable stamp? That comes from the cinematic nature of the show and, as it goes on, the episodes get bigger and bigger in scale. By the time you get to episode four, it’s like a movie.”

Maza also lauds the cast – which includes Dara Devaney, Deirdre Mullins, Jade Anouka and Deborah Findlay – as one that could appear on any of the bigger terrestrial channels. “Even Channel 5 were a bit blown away by the size and scale of it,” he continues. “Even when we do stuff that is slightly more traditional, we always want to raise the scale of it and the size and the ambition of it.”

Brill and Watson wrote the series with Tim Dynevor (Emmerdale), with Maza admitting that turning a film script into four hourlong episodes is “tougher than you think.” In fact, not much of the original story survived the transition process. It was more of a case of starting again, the exec producer explains, working through the expanded plot and taking what they loved from the film script and exploring those aspects in greater detail.

Audience engagement was key, he says, as the writers needed to dive straight into the mystery plot and then find multiple hooks that would bring viewers back after each advert break and again for the next episode. The drama launched on Monday and is being stripped across four nights, reaching its conclusion tonight.

“Channel 5 liked the idea pretty early and we didn’t have a massive amount of time, so we had to get it right,” he says. “For us, it was deconstructing the script, plotting out each episode almost as bullet points and making sure everyone was happy and confident that we were hitting everything we needed to. Then we went away and wrote the script.”

Directed by Carolina Giammetta (Vera), The Drowning was filmed in Ireland, where the production was able to take advantage of the country’s tax credit scheme. The show also utilises the numerous different landscapes offered within a short drive between its filming locations in Dublin and the coastal areas of Bray and Dún Laoghaire.

“The different locations they have almost in a 40-minute radius is unbelievable. You can never do that in London,” Maza notes. “We never could have shot The Drowning there. It would be impossible. Shooting in Ireland was a really key part of making the show work. Then it’s about pulling together all those skills and those lessons we learned from doing independent movies and bringing them into a TV show, like making sure you’ve not got locations that are spread out and you can keep the unit base close. And then you get through it.”

The series was four weeks into a seven-and-a-half-week shoot when the Covid-19 pandemic brought a halt to production in March last year. Maza describes the postponement as “unbelievably frustrating and tough,” but his focus quickly turned to how shooting might pick up again, as he was keen to avoid losing actors to other projects.

“I just felt like we had to get up shooting as quickly as possible, because if for some reason we were not one of the first shows to go back up – and we were the first show in Ireland to restart – they were going to get busy on other jobs,” he says. “Then you’re in that scary scenario where I don’t know when we’re finishing the show, because Jade Anouka’s booked for six months on His Dark Materials or Jonas is on another TV show, and then it just is a mess.

“Once we stood back, we took a moment and then we got together via Zoom, doing everything we needed to do to get back as safely as possible. We had a great production team over there and the cast were equally keen to get back, including Deborah, who’s in that vulnerable category because of her age – but she was just like, ‘Yeah, let’s just do it.’ She was just amazing.”

Most of the scenes that would have proven difficult to shoot with social distancing, such as those filmed inside the school, were already in the can. The biggest challenge was filming a funeral scene, but the actors were able to continue while standing at a safe distance.

Working on one of the first productions back on set after the first wave of coronavirus lockdowns, Maza knew his team was in the spotlight. “There was a lot of pressure,” he says. “We went back for three-and-a-half weeks. Every day just felt massive, but we were really lucky. We had no Covid cases when we went back. Everyone felt safe. It was a very strange shooting scenario but the work was amazing. We got it in the bag and it feels like a lifetime ago now, but we were very fortunate and very lucky to get through that whole experience.”

Unstoppable CEO Maza, who also appears on screen in The Drowning as a police officer, expects some time to pass yet before the experience of being on a film or TV set will return to normal, but says his priority is to continue raising the quality of his company’s shows while working as safely as possible.

Next up is ITV drama Viewpoint, a coproduction with Tiger Aspect that also stars Clarke, while Unstoppable also has projects in development with Sky, the BBC and another with Channel 5.

“Our industry constantly proves itself to be really resilient and nimble and quick to think on our feet,” Maza says. “I really don’t want to sacrifice the quality of the shows and what we’re able to do. Unstoppable is not going to bring you a show that isn’t thrilling, exciting, fun or entertaining because, for us, I only need to look out the window and it’s quite depressing. There’s enough rubbish and sadness going on.

“When we bring you an Unstoppable show, we just want you to be entertained. I definitely wouldn’t want our shows to lose any of that. We’ve got a responsibility in this industry to push it as much as we can while being as safe as we can.”