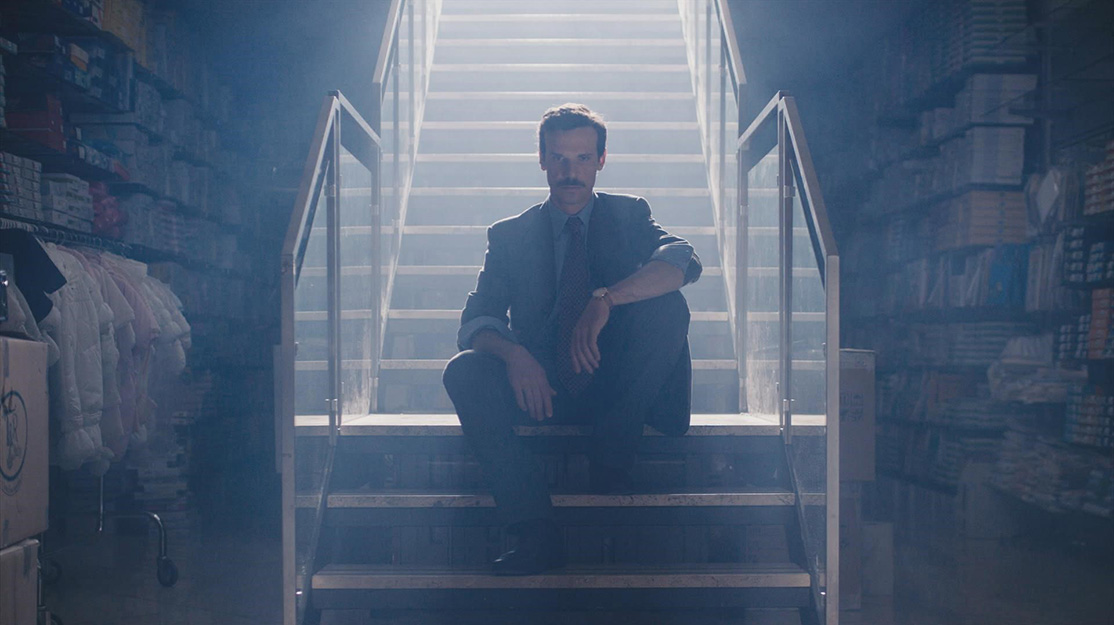 It’s a story that has all the hallmarks of a classic Mafia drama. Rival families fight for control of the streets of Sicily until an ambitious young prosecutor proves he is willing to stand up for the many innocents caught up in decades of bloodshed.

Yet the premise of Il Cacciatore (The Hunter) is one entirely based on fact. Based on prosecutor Alfonso Sabella’s book Cacciatore di Mafiosi, it charts the author’s real-life war against the Mafia bosses and the period known as “hunting season” that led to more than 300 arrests.

Set in Palermo in 1993, the war between two Mafia clans is spiralling out of control when Saverio Barone, a young prosecutor played by Francesco Montanari (Romanzo Criminale), uses his distinct skills and a succession of brilliant hunches, spectacular raids and front-page arrests to return law and order to the city.

The 12-part series is produced by Cross Productions and distributor Beta Film in partnership with Rai Fiction, which airs the series on Rai Due. It has its international premiere as part of CanneSeries this week.

“It started from the book, written by Sabella. He is a fantastic prosecutor,” explains Michele Zatta, commissioning editor at Rai Fiction. “He’s one of our superheroes. He personally caught hundreds of Mafiosi at the time when there was a war between the Mafia and the Italian state. It was a civil war with hundreds of dead.”

Sabella faced reprisals and intimidation during his campaign, and at one point had a bomb planted in front of his house. It all makes for an intoxicating story that is perfect material for a long-form television drama.

The development began when Rosario Rinaldo, head of Cross Productions, took Sabella’s book to Eleonora Andreatta, the director of Rai Fiction. “She found that not only was Sabella a fantastic prosecutor but he was a fantastic storyteller so she fell in love with this book,” Zatta says. “Sabella had two young writers, Marcello Izzo and Silvia Ebruel, who were attached to the project and they’ve never written anything before. They brought a 40-page treatment, we read them and thought they were fantastic so we developed it together with Cross Productions and these two writers. So it got started two years ago.”

Zatta describes the writing process as rapid, with scene outlines quickly followed up by fully formed scripts. Other creative talents were also brought to the project, including writer Fabio Paladini and directors Stefano Lodovichi and Davide Marengo, who helmed six episodes each.

“This fits perfectly with the new editorial line of Rai Duo. It’s pushing the borders and trying to have young blood, young talent, that speaks to an international audience,” Zatta explains. “The director of the first six episodes, Stefano, is a highly talented director who has never done television before. He’s just done two feature films. This is how much we believe in newcomers – they have a lot of talent. But to be appealing to a young audience, it’s good to have a young staff that’s involved in the organisation.”

From the coast to the countryside and the city, Il Cacciatore mixes the luscious landscapes of Sicily with dark, brooding settings and bloody violence to stunning effect. Describing the filmmaking style as “innovative,” Zatta says: “The first episode is stunning. The photography, the acting, the directing… You might say, ‘Again a Mafia story,’ but this story has never been told before.

“It’s different from other Mafia stories because it’s told from different points of view. Alfonso Sabella had such an insight into the Mafia, unlike anybody else, and we also tell this story from the Mafiosi point of view and we show their domestic lives, their love stories and what is going on between them.”

“The other thing is that our prosecutor is a hero, obviously, but he’s not the usual kind of prosecutor you would expect,” Zatta says. “He’s very arrogant, he thinks he’s the best and the story starts with him wanting to take his superior’s job. He comes and says, ‘I’m better than you, I take your chair, I take your desk.’ So he’s not nice a guy, he’s very arrogant and full of power, but we love him nevertheless because he’s on the right side.”

Set entirely on location in Sicily, the backdrop also separates the series from other mafia dramas that usually set the action on the mainland. “The Sicilian Mafia is more rural than the Neopolitan Mafia, which is more cosmopolitan,” notes Ferdinand Dohna, Beta Film’s head of production and coproduction. “Here they are all living in little houses in the countryside. They come from a very rural background and you see the shepherds and countrymen. We see a lot of Sicily because it’s all shot on location.”

Zatta continues: “We will see the dark heart of Sicily. You don’t see the sea, you see the woods, the inner landscape and you see places of Sicily you’ve never seen before. The story takes place in these parts of the island because the Corleonese Mafia were not living by the sea, they were living in the interior parts of Sicily. They were shepherds, they had a strong relationship with the land. And you see this from episode to episode.”

Like fellow Mafia drama Gomorrah, which is set in Naples and uses a strict Neopolitan dialect different to Italian, Il Cacciatore also employs an extreme Sicilian dialect, which adds another layer of authenticity. Then there’s the violence.

“It’s quite violent,” Dohna admits. “Not every five minutes but when it’s violent, it’s very violent.”

Zatta agrees: “By Italian standards, it’s very violent. But on the other side, if you want to depict the bad, you have to show it as it is. This was part of the job so you have to tell it. I’m happy to do it; we have to push boundaries and I think this younger, more educated audience is used to it because they all watch Netflix and Amazon and they know what we’re talking about. We want to tell the truth in this case. Violence belongs to that.”

Il Cacciatore is the latest Mafia drama that is set to draw international interest, following the success of Gomorrah, Suburra and Maltese, which have all helped to push Italian drama further into the spotlight alongside other series such as Medici (also distributed by Beta), 1992 and sequel 1993, My Brilliant Friend and forthcoming historical drama The Name of the Rose.

It also outlines the dual approach Rai is taking to television drama, with broader fare airing on Rai Uno and more challenging, boundary-pushing series on Rai Due. On bigger series, Rai is also keen to work with international partners, such as Frank Spotnitz (The X-Files) for Medici.

Ultimately, Il Cacciatore stands out because of its focus on not just the Mafia but the personal sacrifices Barone makes in the series (and Sabella in real life) to get the job done.