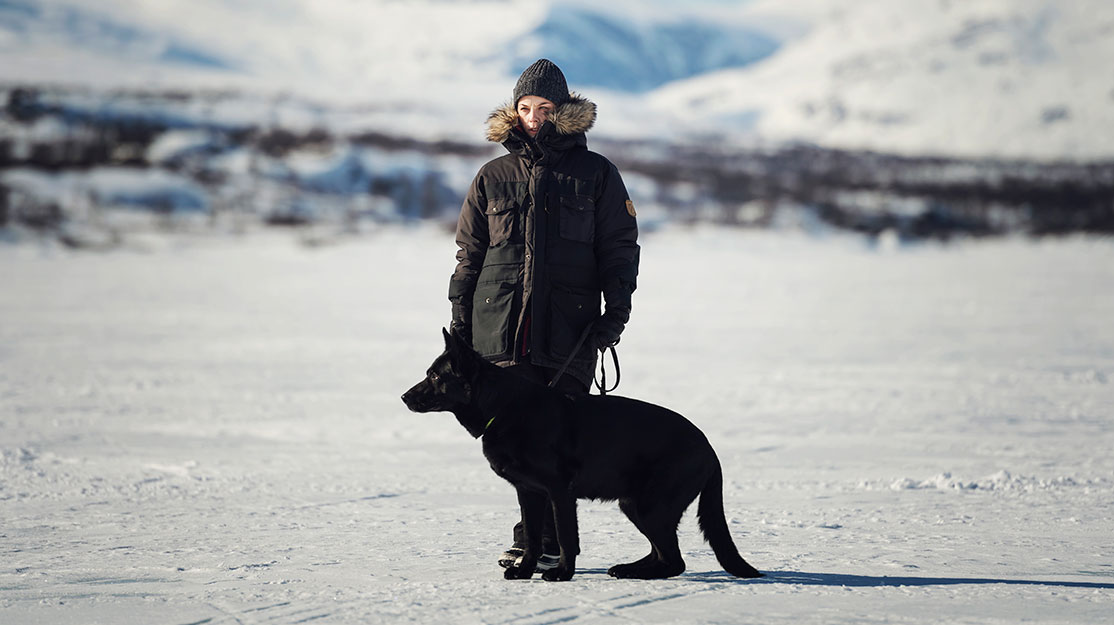 Swedish actor Ida Engvoll is on a roll, having appeared in hit series The Bridge, The Restaurant and Bonus Family. As UK streaming service Walter Presents premieres her crime thriller Rebecka Martinsson, the star talks about avoiding typecasting and working with mosquitos.

If you follow Swedish drama, there’s a fair chance you will have come across Ida Engvoll. The actor has steadily built her career on appearances in some of the country’s biggest series that, thanks to the global interest in Scandinavian fiction, mean she has been on screen around the world.

Roles in Beck, Arne Dahl and Fjällbackamorden (The Fjällbacka Murders) charted her early life on television before she took roles in pan-European crime drama The Team and the third season of Broen (The Bridge).

Engvoll has become much more recognisable, however, since starring in 2015 award-winning feature En man som heter Ove (A Man Called Ove). More recently, she has starred in TV4 crime thriller Rebecka Martinsson, period drama Vår tid är nu (The Restaurant) and comedy-drama Bonusfamiljen (Bonus Family), both of which have been renewed for third seasons by SVT.

It’s her versatility that makes her screen credits stand out, switching between genres with ease – a trend that isn’t entirely accidental.

“I always look for good parts and projects that are attractive but we have a lot of crime series in Sweden,” the actor explains. “It’s not easy to avoid doing crime series but it’s always about the character and the genre and the director as well. I try to not get stuck [in one show].

“When you’re in a successful show, especially in Sweden because we’re such a small country, people can’t tell the difference between you and the characters so I always try to be in flow between things so people can’t judge me.”

Engvoll is speaking to DQ ahead of the UK launch of Rebecka Martinsson, which has been picked up by Channel 4-owned streaming service Walter Presents. The first episode will debut on More4 this Friday before the box-set becomes available online.

The eight-part series, produced by Yellow Bird and distributed by Banijay Rights, is based on the novels by Åsa Larsson, telling four stories each set over two episodes. The first instalment sees high-flying lawyer Martinsson (Engvoll) return to her hometown of Kiruna, in the northern most part of Sweden within the Arctic Circle, following news of her friend’s death. But when what appears to have been an accident turns out to be murder, she becomes embroiled in the investigation while also facing up to the terrible trauma that forced her to leave her childhood home behind.

“The script did stand out, especially after the first movie,” Engvolll says of the series, which first aired on Sweden’s TV4 in spring 2017. “After episode one and two, the adventure for her really starts. The ending of the first story opens her trauma and who she is and why she’s there and why she can’t go back to Stockholm. So after the first one, I was really intrigued by the character.”

The actor describes Martinsson as a character of many faces, but one who is very much grounded in reality.

“For me, it was really important to make her true and not just a character,” she says of the lawyer who never seems at ease, unsure whether she belongs in the Stockholm metropolis or the isolated community in which she grew up. “It’s not easy to say she’s this or that. She’s very believable. She’s very alive. She’s not just one face, she’s really vulnerable and very tough in her own way, but she’s also very scared, even at the beginning when the series starts and she’s on top of her career and everything’s going her way. Inside she’s still scared and hasn’t found herself yet. She’s not your stereotypical crime character. You can’t pin her down. She’s complex.”

In the case that unfolds across the first two episodes, the murder victim is known to Martinsson, leading her to return home. She quickly forges a friendship with a local police officer, through which she ingratiates herself in solving the case. “But in the story she’s always on her own, she has her own way of doing things,” Ingvoll explains, describing this most flawed of criminal investigators. “She really makes some bad judgements, with her relationships and friendships and the way to do things right, she’s always doing things wrong and that’s a fun thing about her too. The drama is really in her personal life. It’s her personal life and her relationships that make you want to see more.”

Viewers may recognise Kiruna, the show’s Arctic setting, from 2016’s French-Swedish coproduction Midnight Sun, which saw a French cop head north to investigate the murder of a French politician. During the summer months, there is near 24-hour sunlight, a scenario of which that show took advantage to heighten its fish-out-of-water premise.

The midnight sun is also present in Rebecka Martinsson, though it serves simply as the background of the story rather than a driver of it. In any case, the environment proved no less challenging to film in.

“There are many challenges working there – there’s no food and lots of mosquitos and you can’t really go everywhere by car,” Ingvoll says. “But it’s also very nice being there. That’s one of the reasons why I want to do a second season because I want to spend as much time there as possible. It kind of feels homely, even though I haven’t spent much time there. I really like it. Something happens to your body – it’s the midnight sun. Those long days never end and the sun never sets. I was really in love with the landscape.

“The mosquitos were the biggest challenge but the locals we had on the set were like, ‘Just let them eat you,’ because they’re immune to them now. After a while you get used to it.”

With the temperatures dropping to -17C, one scene called for Ingvoll to swim in a frozen lake. “That was some experience. I’m quite hardcore but that was really cold,” the actor admits. “Your body stops working and my Finnish colleague actor had to swim with his head down. We also shot underwater but that was in warmer water. I have done it before but the air was so cold, the acting was really tough.”

With all four Rebecka Martinsson novels adapted in the first season, the character would have to appear in some original stories should the series return for a second run. Until then, Ingvoll is keeping busy with turns in hit series The Restaurant and Bonus Family.

“For some reason I’ve been picking the projects that have become really successful,” the actor jokes. “They have been breaking viewing records in Sweden so that’s really good for me.”

Ingvoll notes the irony, however, that she is most recognised for roles in which she plays ‘the wife’ or ‘the girlfriend,’ as in A Man Called Ove and Bonus Family, instead of more substantial parts such as in Rebecka Martinsson or The Restaurant, in which she says her character Ester will come to the fore in season two, airing later this year. “It’s really strange because I’m working on more interesting characters so it’s weird people recognise you from something that’s not your favourite moment.”

Crime series remain a staple of television in Sweden, across Europe and around the world. It means producers and broadcasters are continually trying to find ways to invigorate the genre and keep up with the demand, particularly in Scandinavia where the Nordic noir boom has seen global audiences drawn to its gripping plots and dark and moody landscapes.

That many series coming out of the region are backed by European funding presents a problem for Ingvoll. “We could never produce the amount of series that we do without the financial support from Germany or other European countries, but with that money also comes demands,” she notes. “The Germans want 90-minute films and this country wants 10 one-hour-episode seasons. There are so many layers, even when you haven’t really written the dialogue yet, the setting has already a shaped so it’s quite hard. There’s less room for the genius of writing or storytelling.

“If someone would let us do our own thing 100%, it would let us raise the bar even higher. Money talks, even down to the lines of the script. Bonus Family and The Restaurant, it’s SVT so they’re the richest channel [in Sweden]. The more money you can buy yourself freedom from, the better the quality because the idea will get stronger.”

Ingvoll first became aware of the Nordic noir trend when she starred in 2015’s The Team, cast alongside Lars Mikkelsen, Jasmin Great and Veerle Baetens in the story of a team of police officers brought together across Europe to solve a series of cross-border murders.

“I realised on that show that we had a genre [in Scandinavia] that was so specific. My co-stars from Germany and Belgium were asking, ‘How do you do this genre?’ We were like, we don’t do the genre, it’s just a show. That’s when I realised we had created a style, a way of doing things.