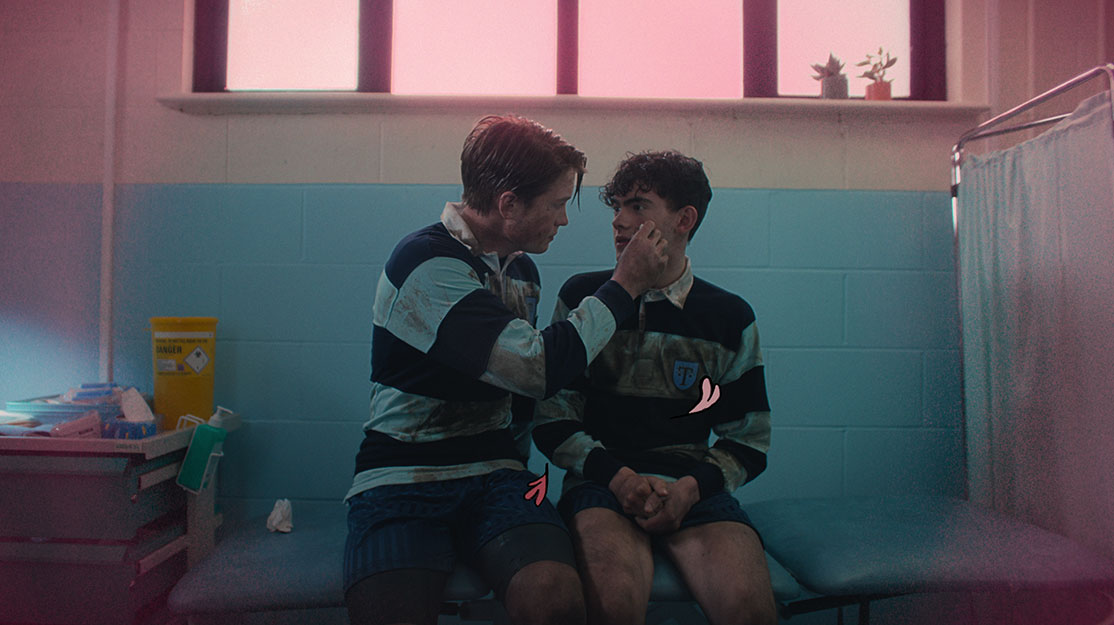 The team behind Netflix sensation Heartstopper reveal how the small-screen adaptation of Alice Oseman’s graphic novel earned the seal of approval from the source material’s legion of devotees.

Focusing on LGBTQ+ teenagers, Netflix series Heartstopper was a runaway hit long before the scene featuring the first kiss between protagonists Charlie and Nick won the public vote for TV Moment of the Year at the Edinburgh TV Festival last week.

What started life as a free web comic by Alice Oseman subsequently became published as a graphic novel (after a Kickstarter campaign) and is now a part of many young people’s lives in a way that carries more significance than awards, critical acclaim or, indeed, any traditionally recognised badge of success ever could.

Of course, adapting something with huge fandom already attached carries with it the weight of securing the approval of hardcore devotees. So it was a good job that Patrick Walters, the show’s executive producer, was one such enthusiast. Featuring on a panel alongside Oseman and actors Corinna Brown and Kizzy Edgell to discuss the show in Edinburgh, Walker said: “I had an overwhelming passion for it as a fan.”

From the outset, Walters wanted Oseman to be “across every bit of the show,” which debuted worldwide on Netflix in April. The series introduces Charlie Spring, a gay schoolboy who falls for his classmate Nick Nelson, and follows their developing relationship over eight episodes. It also explores the lives of fellow school friends Tao, Elle, Tara and Darcy.

Oseman worked intricately with Walters, as well as director Euros Lyn (Doctor Who, Black Mirror), and found that her skills in the visual form of web comics were relatively easy to transfer to screenwriting. “So many shots are the same as [in the graphic novel], so many scenes are frame by frame,” she said.

When shooting, Lyn worked with a copy of the graphic novel alongside the script for reference. The most significant change from the source material was the pacing, which had to be adjusted to suit the medium of TV. An obvious example of this is the journey of rugby hero Nick, played by Kit Connor (Get Santa, Rocketman), to realise his sexuality. “In the show, it takes him longer to figure out who he is and to feel comfortable with who he is, while in the comics he figures it out quite quickly,” said Oseman.

Another pressure of adapting well-known IP is that each individual fan has a strong idea of who each character is. “So many adaptions crash and burn because of the wrong casting,” said Walters. Thus the cast were picked because they were right for the roles, not because of their previous work.

Joe Locke was chosen out of 10,000 others (via an open casting call) to play Charlie, while many of the actors could not tell friends and peers they had won their roles, with teachers and mums being sworn to secrecy. Kizzy Edgell, who plays Darcy Olsson, was particularly grateful for Alice’s presence on set. “Alice knows everything about the characters, every little detail,” she said.

One notable exception among the cast of largely unknowns is Olivia Colman, who plays Nick’s mum Sarah. When the creative team made their wish list of British actors to play the role, the Oscar-winning star was at the top. “It was the stupidest idea I’d ever heard,” Oseman said of the notion Colman would be attracted to the project. But on reading the script and seeing that Lyn was on board, the star of The Crown and The Favourite signed up – much to everyone’s amazement.

To draw the cast and crew’s attention to special moments in Heartstopper, Oseman (who is also an author – her 2014 novel Solitaire features some of the characters in Heartstopper in smaller roles) drew doodles in the script. Visual techniques, such as flooding the colour palette with the hues of the pride flag and adding cartoon elements on screen, were also used to heighten the intensity of certain moments. Others scenes were shot in time with live music (rather than being cut to the action in the editing suite afterwards) to build energy on set.

TV shows about the LGBTQ+ community are not as rare as they once were, but stories from a younger demographic’s perspective remain uncommon. Oseman, Walters and director Lyn are all from the LGBTQ+ community so, in a very rare scenario, the “queer gaze” was not the minority on set.

The characters in the show “have a feeling of family and inclusivity that I didn’t have,” said Walters, touching on the fact that many viewers (particularly older ones) enjoying Heartstopper also felt a tinge of melancholy over their school days. “The older generation realised what they didn’t have,” he said.

Oseman was careful not to fall into “tropes of trauma” of which some LGBTQ+ narratives have been accused, yet equally she didn’t want to gloss over serious issues and challenges young people still face. “It was a challenge not to go too far one way or the other,” she said.

The show was always planned for a teen demographic, and Netflix was always the intended home. But rather than talking directly to the platform’s adult drama team, Walters went straight to the kids and family execs, who were equally passionate about the project.

“We expected a little bump in interest because of the comics, but not what came,” said Walters. Lesser-known cast members have also had to adjust to life in the limelight and intense scrutiny on social media. Netflix made press and social media training available as well as offering therapy to the cast, but Brown, who plays Tara Jones, found her own pragmatic solution: “I learned to turn my notifications off,” she said.

Overall, the response to Heartstopper has been incredible, with the uplifting, charming and sweet show sparking a national conversation about the importance of storytelling aimed at younger LGBTQ+ viewers. With two more seasons now commissioned, it’s safe to say the series more than met the expectations of lifelong fans of the original web comics, as well as creating thousands of new ones regardless of their age or sexuality.