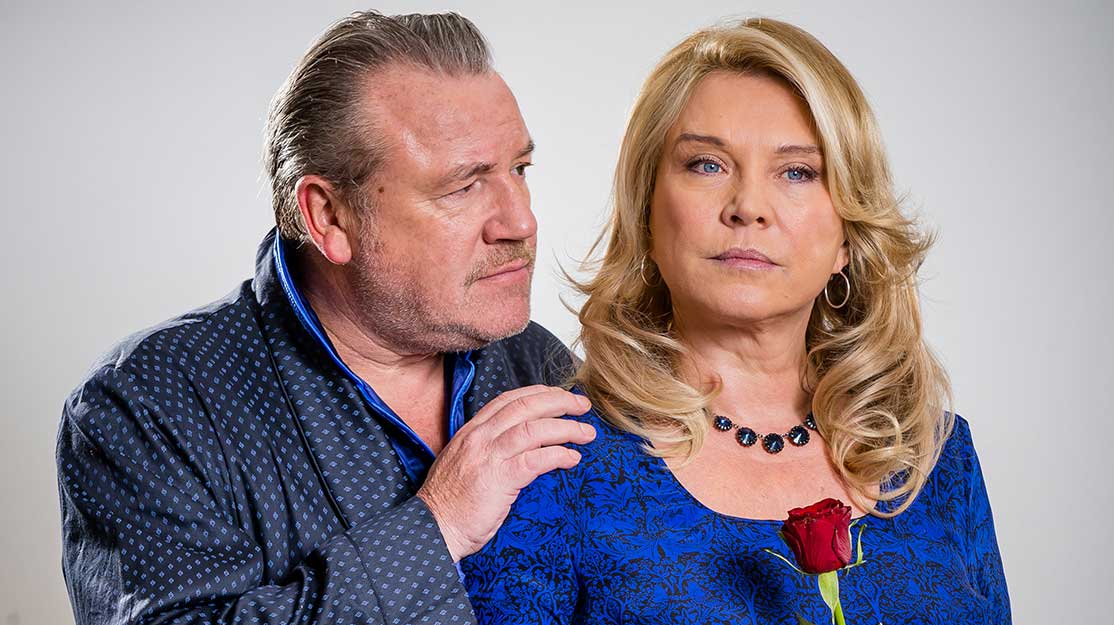 Hard lines: Ray Winstone on The Trials of Jimmy Rose

Ray Winstone tells Michael Pickard about his new ITV show – a drama in which he plays a career criminal who learns the heavy price of his life of crime.

From criminals to gangsters, Ray Winstone has earned a reputation for playing the hard man.

And so he appears again in his latest television role, in which he plays a notorious armed robber who has made crime pay. Only this time, the story is one of redemption and reconciliation as his character learns the true cost of his actions.

In ITV’s forthcoming series The Trials of Jimmy Rose, Winstone plays the titular character who, during his latest stretch in prison, finds his family have moved on.

His wife is not sure she still loves him, while his son has cut him out of his life. So when he’s released and not greeted with a warm welcome, can he put finally put his criminal life behind him?

The three-part series, produced by ITV Studios and GroupM Entertainment, was written by creator Alan Whiting and Dom Shaw. Jane Dauncey is the producer and Adrian Shergold (Lucan, Mad Dogs, Dirty Filthy Love) is the director. The executive producers are Kieran Roberts and Melanie Darlaston.

Roberts describes the drama as a “warm, funny and compelling drama about a man with a criminal past who has to prove to his wife and family that it’s never too late to start over.”

Winstone says he became involved in the series through Shergold, with whom he has worked on several occasions. “ITV approached him and he came to me with the idea,” Winstone recalls. “Once they say, ‘He’s a guy coming out of prison,’ I go, ‘Oh, hold on.’ But then you read the script and you see it’s not actually about that. It’s about family.

“It’s about what a man does to a family when he’s banged up for 12 years. He destroys them. He loses his kids. They’re growing up in a world that’s changing but he’s not. He’s standing in the same place. His wife Jackie’s world has changed. His kids’ world has changed. And he hasn’t been there to protect them.”

Winstone can empathise with Jimmy’s desire to protect his family. “It’s my way of living. It’s where I come from,” he says. “And where our age group comes from. You have a responsibility and a morality to look after your own and to deal with it yourself. We never used to call the police. If there’s a silly argument today, someone calls the police.

“Years ago, it was dealt with. Not necessarily in a fight. But in a row someone said their piece and they went in and looked you in the eye and you said what you had to say. I just think those days (in the UK) have gone. Everything’s become very PC. Everything’s become almost like America – ‘You touch me, I sue you.’ Years ago, if someone was out of line they got a clump and that was it. Forgotten about.”

But on the subject of his reputation as a hard-man actor, the Londoner adds: “I’d like (to be known as) ‘Handsome actor… most attractive actor. Adonis actor Ray Winstone.’”

However, unlike his character Jimmy, who is told by his wife that he “never knew when to quit,” Winstone says he will know when it’s time to step away from the screen.

“I think about it all the time and then something great comes along that you want to do,” he says. “I’m not in a position to retire at the moment. We all have to pay our tax – we all have bills to pay. And I still enjoy doing what I do. But I’d probably much rather be sitting on a beach or lying on a sun lounger somewhere hot.

“Wouldn’t it be a perfect scenario where you haven’t got to work and then something comes along and you say, ‘Do you know what? I’d love to do that. I will do that.’”

Part of the role’s appeal to Winstone was the chance to appear alongside actress Amanda Redman (pictured top with Winstone), who plays Jimmy’s wife, Jackie. The relationship is not a new one for the pair – they also played screen spouses in the 2000 crime film Sexy Beast.

“I love her to death,” Winstone says. “I’ve worked with her a few times now. I don’t know whether ‘underrated’ is the right word (to describe Redman) because she’s not underrated by people within the profession. She’s up there with the best actresses who have ever come out of this country, and I know that from working opposite her.

“I’m a friend of hers, so I’m a bit biased anyway. But she’s never failed to deliver in anything she’s done.”

Like Winstone, Redman was drawn to the series through Shergold, with whom she says she had always wanted to work. “That is the reason I took the role,” she explains. “I knew in the hands of someone like Adrian it would be fabulous. And, indeed, he was just so fantastic to work with. He is extraordinary.

“Adrian was an actor and is so unusual in his approach. He’s not like any other director I’ve worked with at all. We did a lot of improvising. It’s a completely different way of working. He demands a lot of his actors, which I already knew. I have adored watching his stuff. So when they said Adrian Shergold was directing it, that was a no-brainer.”

Redman’s close relationship with Winstone – the pair have known each other since they were in their 20s – also meant the set felt like a “real family,” she adds.

However, looking at the wider television industry, Redman believes there’s a problem in terms of roles for older women.

The star, who previously appeared in long-running BBC1 drama New Tricks, says: “I’ve been saying it for a very long time. There aren’t enough good roles for women in their 50s. If that were the same for male actors then you’d just have to go, ‘Well, that’s life.’ But it isn’t. And therefore it’s insidious sexism and it makes my blood boil.

“The truth is there just aren’t roles written for women in their 50s. And there are quite a few of us. So, consequently, there are not enough to go around. (Talking about the issue) is labelled as whingeing – but why is it whingeing when all you are doing is defending your right to work? Why is it wrong to say that the issue needs to be redressed?”

As for her next move, Redman says she has “no idea what I’m doing next because nothing has been sent to me that I want to do.”

She adds: “Until something comes along that I want to do, I don’t see why I should work just for the sake of it. I never have done, so I’m not going to do it now. Life’s way too short.”