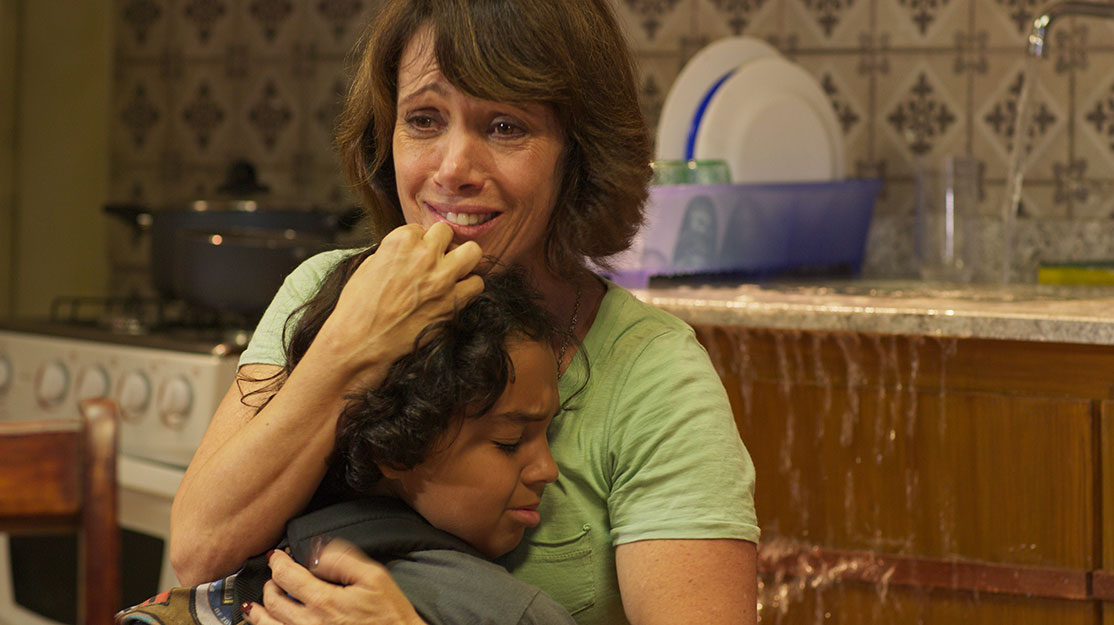 Newspaper headlines have long prodived inspiration for television dramas, a trend highlighted by the current spate of true crime series airing around the world.

But Conselho Tutelar (Guardian Council) has found a new way to dramatise real-life stories and shed light on an area of life that viewers may not be so familiar with.

Based on the work of a real government department, the series follows a group of people tasked with protecting the rights of children and adolescents, often going far beyond the call of duty to support those in their care. But they must do this in a world full of bureaucracy, precarious working conditions and political decisions that affect their every move.

Produced by Rio de Janeiro-based Visom Digital, Guardian Council launched on TV Record in 2014, with season two following in 2016. Season three is due to air next year.

Here, executive producer Carlos De Andrade reveals the inspiration for the series and the challenge of pushing this Brazilian series away from the country’s telenovela traditions.

What is the story of Guardian Council?
De Andrade: Entirely based on true stories, Guardian Council is a procedural drama that follows two deputies, Sereno and Cesar, who are elected by their own communities to oversee and enforce children and adolescents’ welfare.
These two guardians are joined by psychologist Ester and  social worker Lidia, and have to fight against poor working conditions and the system’s bureaucracy and politics, which often focus on anything else except the true welfare of the children.
Cases of physical and psychological abuse, neglect and abandonment are at the core of these true stories, and the characters’ personal lives get entangled with their dedication to the job. All of the barriers they face in their everyday procedures are overcome by their passion and personal commitment.
Guardian Councils are federal government institutions supported by cities, with elected deputies, created to enforce the Childhood and Adolescence Statute, known as ECA. This is a rulebook of procedures, laws and rights applying to Brazilian children and adolescents.

Why has the show proven to be a hit with viewers?
Shows based on true stories relate to the public very effectively. Our story supply comes from headlines that, unfortunately, are endless and increasingly gruesome.
Besides that, being broadcast on a free-to-air channel, we work with stories that usually end on a high note – but despite their heroic nature, the characters still have human faults and failures, making them three-dimensional and credible.
One interesting aspect of our show is that we have generally avoided household names [in the cast], but they are still excellent actors. That again lent us credibility, which helped the show immensely.

What was the inspiration behind the series?
Although Guardian Council is not a police show, French movie Polisse [2011] was our main inspiration. The depth of the characters and the crudeness of their interaction with their job helped us to improve the tone of our show. The lack of technological apparatus on show in that movie also related better to our reality than the traditional US procedurals.
When designing the series, we also looked at two American dramas I am a fan of: House and Law & Order: SVU. The prologue, the two-story episode structure and the protagonists’ drama arcs were inspired by House, while the attitude of SVU’s protagonists and their interaction with their own bureaucracy and politics influenced our characters.

How was the series developed with the network?
TV Record was the obvious choice as a network for our show and we only pitched to them once. It might have been beginner’s luck, as we struck the deal at the pitch, but we knew the channel’s history and their focus on family and social awareness.
At the end of our presentation to the drama commissioners, programming head Marcelo Silva stood up and said that he knew all about the work and importance of the Guardian Councils, as two of his four children were adopted. Then we knew we had a deal.
TV Record ended up giving us the graveyard slot – we debuted on a Monday at 23.30. One thing is for sure, they never expected the show to triple their average audience and reach a 17% market share with all the announcers asking to be placed in our slot. The success meant that before we aired the fifth episode of season one, we already had a second and third season.

How would you describe the writing process?
I met a guardian, Heber Boscoli, who was recording some music at my studios and he told me stories and spoke of a service that I, as a conscious citizen, should have known about but didn’t. I needed to tell this to the world, and a fictional series for TV was the right vehicle to calcify this knowledge into people’s minds. [Series creator and writer] Marco Borges was writing a music docuseries with me but the financing was not yet in place and I asked him to meet with Heber. I gave him the four main characters and he gave them names, a persona and a universe to exist in. Marco is a natural and he immediately dove into that landscape and wrote a pilot episode. It was all there. We pitched with that and 12 other synopses. With that and an interview with Heber, we landed the deal.
Marco put together a fabulous writers room and, with the constant guidance of TV Record’s Janaína Ávila, brought in Mariana Vielmond, Bruno Passeri, Chris Gomes and Bosco Brasil. The team worked for four months non-stop and created a 14-episode series.
Looking for a way to relate to audiences beyond our borders, we brought in a script doctor from UK. Eva Klaver, a writer with credits for Universal Pictures, helped us trim the edges in our stories and give them a broader perspective.
To our surprise, while we were at work, the network had a poor experience with a similar deal and decided to revise our agreement. They asked us to reduce the show to five episodes, to be presented from Monday through Friday and at a later date than firstly requested. We adjusted the stories to reflect a possible end by the fifth episode, but one extra episode was added following Guardian Council’s success, so we now have 15 episodes divided across three seasons.

What is the style or tone of the series?
It’s as raw as possible without being graphic or aggressive to viewers. Record has a strong Christian audience so we had some limits, but we knew that all along. Working on an episodic procedural drama, it was a challenge to make the show look unique. I designed the technical aspects of the series to have a cinematic look with strong colours, as we are in the tropics, and also to have a somewhat dirty look that matched the subject we would be dealing with.

Where was it filmed and how do you use the locations in the story?
We did not want to shoot in studios, as this would have given the series a novela feel. So we shot all three seasons on location at an old campus ground, close to the TV Record studios in Rio de Janeiro. We used the life experience of those walls, floors, ceilings and furniture to lend us a sense of truthfulness that could be used in the narratives. We also filmed in houses, shelters, hospitals and schools with their own histories, and we believe the audience has responded to each and every observance to detail from our end.

What have been the biggest challenges in production?
We deal with real stories about real people, and sometimes the proposed perspectives can reveal touchy issues and create friction within the Guardian Councils and their regulatory body, the Ministry of Human Rights. Despite their public support for the show, we still have to deal with susceptibilities in the institution and maintain a friendly environment when we expose a flaw in the system.
Another challenge was maintaining continuity throughout three seasons spanning three years of a rapidly growing market and three different cinematographers. We also had to deal with a plethora of changes at the network and work in a regulatory environment where they hold a minority stake in our show but are also its primary exhibitor. Record is our partner and NBCUniversal is our Latin American distributor. This is a potential battlefield that has been graciously paved by a very accommodating NBCU, flexible network management and us. It has been a true balance of power aiming at a higher goal, the show.

How would you describe the state of Brazilian drama?
Brazil has set a number of landmarks in novela productions over the years. Our stories travel the world and are acclaimed abroad for their technical quality and artistry. However, novelas are open stories, written while they are being played and adjusted according to audience acclaim. It is a drama factory, not quite a business for independent producers to venture in. They have open budgets; the TV studios have to employ artists and writers for long periods of time and that is hard for even the strongest independent production company to endure.
But well-budgeted drama series have started to prove themselves, so now we have excellent Brazilian drama productions on all premium channels and most movie-based pay TV networks.
OTT is also breathing new life into our drama world. If you consider that one of Netflix’s most watched foreign-language dramas is Brazil’s 3%, and that Narcos was created and is run by Brazilian director Jose Padilha, you will come to the conclusion that we are not doing so badly when it comes to fictional series.

What are you working on next?
TV is the most important mass-communication vehicle there is and I believe in using it to communicate relevant social subjects coated by entertainment – and nothing sticks better than the vicarious life offered by good drama stories and acting.
Visom has been funded to develop two new series: a historical drama called Gangs of Rio and a road series on human trafficking called The Nortons. Besides that, Visom has presented a new series to TV Record called Love is a Stranger, a different police procedural series with a greater drama arc and dealing with the universal theme of domestic violence. All three series are based on true stories and we are looking for coproduction partners to team up with us to take these ventures beyond our borders.