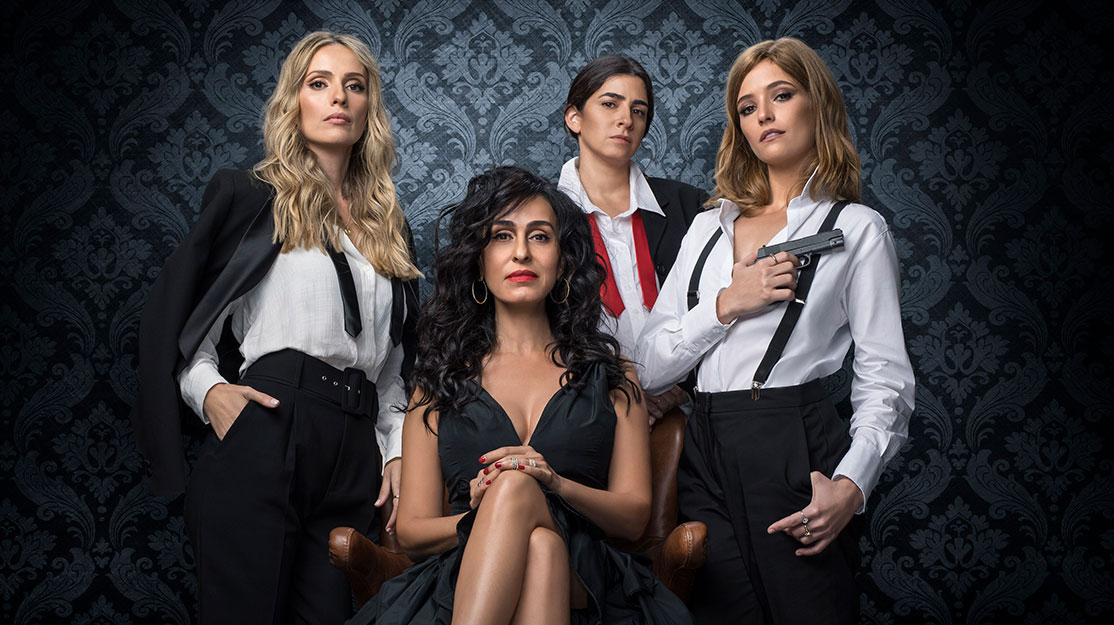 Gal Zaid, from producer Endemol Shine Israel, breaks down his favourite scene from the first season of mob comedy-drama Queens.

Queens is a comedy-drama packed with strong women searching for respect and ready to break all the rules. The show aired on Israeli broadcaster HOT, where it was the most watched series of 2018. It was created and produced by Endemol Shine Israel, with Endemol Shine International distributing.

The drama follows the women of the Malka family, who lose their status and strength overnight. The story is based on an idea from Limor Nahmias, while the writing process, which took two years, was a collaborative effort between Dani Rosenberg, my wife Ruth Zaid, Dror Nobelman and me.

Queens begins late one night, deep into Eyal Malka’s bachelor party, as assassins board the family yacht and kill all the men and foot soldiers of the Malka family, one of the most prominent crime families in Israel.

The attack tosses the women of the family into a new reality, forcing them to fight for their place in a masculine world that only understands power. Over the course of the season, they will try to regain their footing and rehabilitate the lost family business, and seek vengeance for the deaths of their loved ones.

Dori Malka, the matriarch and wife of the head of the family, who was among those murdered on the yacht, stays in their home in southern Tel Aviv, alternating between grief and fantasies of revenge. Meanwhile, her daughter Lizzie, who has never moved out of her childhood home, tries to fight back and take over the reins of leadership. Soon enough, others will move into the spacious house: Naama, Eyal Malka’s ex-wife, along with their children, teenaged Nina and seven-year-old Ido.

Naama, a psychologist who has spent her entire life trying to keep her children away from the world of crime, will do everything in her power to protect her son, who has become a target since he is the only living witness to the mass murder on the yacht.

Cut off from the core family unit is Sapir, Eyal’s fiancée, who sits alone in the mortgaged penthouse apartment they had moved into just before his murder. She finds herself broke, ripe for the picking by Guy Francis, Eyal’s best friend, who survived the attack on the bachelor party since he happened to be in police custody that night and now finds himself wielding tremendous power.

One of the best things about writing the show the opportunity to work with my wife. In the past, when I used to write Israeli soap operas, whenever I would reach a dead end, Ruth would always come to the rescue with a creative solution. I realised that she had a hidden talent for writing within her and we began working on scripts together.

The writing of Queens became a part of our home. There were always dilemmas – should we begin the day running an errand needed for the house or should we sit down together and write? Of course, we would encounter about three arguments per day, but since they all had to do with the scripts, it left no time for personal arguments. The key to our great work together and professional relationship is that we understand one another very well and there is no need for extra explanations. Our most important rule was to never move on to a different scene until both of us were fully satisfied with the result. Also, when writing a series such as Queens, which has a strong tone of female empowerment, a woman’s perspective was key.

My favourite scene of the series takes place in episode five, halfway through the 11-part season, when viewers are already familiar with the characters. The Malkas go to visit the fresh graves of the men of the family. Rita, who plays Dori Malka, is dressed in the usual dramatic style of her character, in black with bold red lips, and breaks out in a monologue for her murdered husband and son. It begins sympathetically and filled with pain, but gradually turns into an uncontrolled panic attack. She screams over the fresh graves, becomes hysterical and begins speaking nonsense.

Suddenly, in a dramatic and comical cut, Dori changes the subject, as she begins praying to God that her unmarried tomboy daughter Lizze, played by Dana Ivgy, will find a partner. By doing so, she is shaming and revealing her daughter’s weakness in front of everyone. She’s also revealing her own personal desire for her daughter to become more feminine, like many traditional young women in their 30s, to marry and raise a family. The scene paraphrases Lady Anne’s monologue addressing her dead husband in Shakespeare’s Richard III.

Another Richard III parallel comes in the character of Albert, played by actor Igal Naor. Albert is an unpleasant-smelling fisherman, who has been in love with Rita’s character Dori for several years. He was always close to the Malka family and even did time in jail for Dori’s husband, for Dori’s sake, although she has never seen him as a potential romantic partner. Theoretically, the viewer sees Alberts as a harmless and innocent character. But like Richard III, a different side of his personality is revealed throughout the season.

In general, one of my favourite things about Queens is its eccentric and vivid characters. They all develop and evolve in many ways throughout the show – and even though they are mostly dramatic characters, they have a very thick comic undertone. This allows the characters to make fun of themselves in an exaggerated manner, which is what makes this drama unique and very funny.