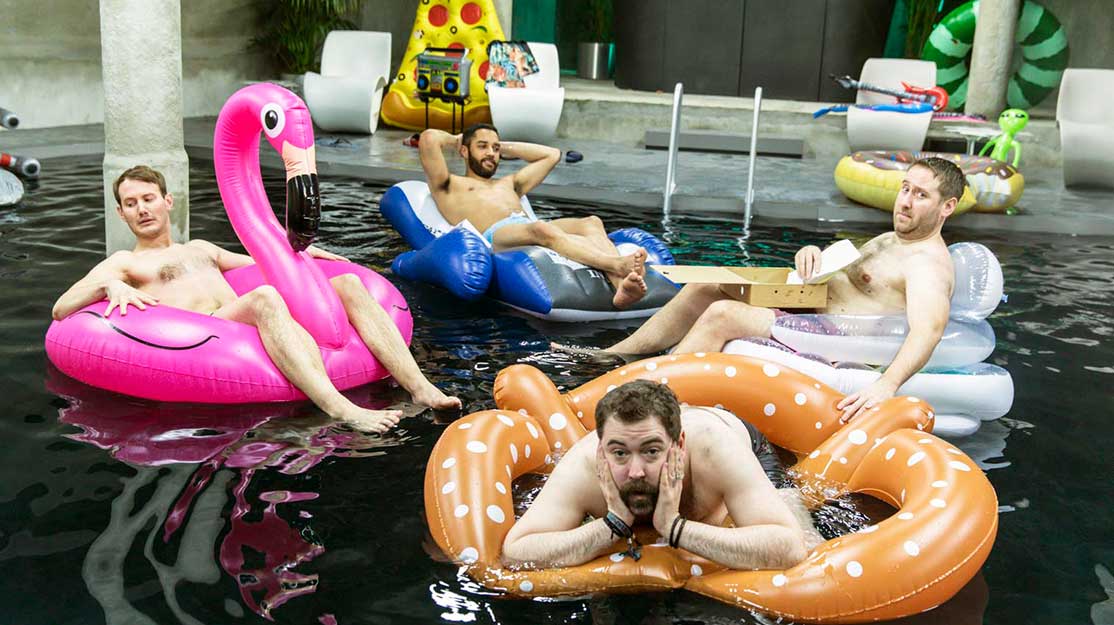 In the motoring industry, they call it ‘platform sharing.’ If you’re driving a Mercedes M-Class, you are essentially driving a Jeep Grand Cherokee. The two vehicles may look very different, but they share the same ‘platform,’ or chassis. Underneath its sleek skin, the Cherokee is really a highly modified M-Class, sharing the latter’s efficient structure and sophisticated suspension.

Such sharing is common practice throughout the car industry and it’s becoming more and more successful in the scripted TV business too. Reformatting foreign series – taking the ‘chassis’ of a foreign hit and remodelling it for a domestic market – has exploded since the success of Homeland, which was based on the ground-breaking Keshet drama Prisoners of War.

For the automotive business, it’s a way of saving money and sharing expertise, whereas in the TV industry it’s about tapping into and exploiting an engaging narrative that has already undergone a considerable development process – and, in most cases, a sizeable bit of audience research.

Outside of novel adaptations or true stories, the overseas scripted series market is yet another stone to look under for homegrown hits. The US has a long history of taking foreign shows – even English-language programmes – and remaking them for a domestic audience, and now British and European broadcasters are doing the same.

The Bridge begat Sky’s The Tunnel, Keshet’s Yellow Peppers led to the BBC’s The A Word, and Channel 4’s Humans is the bastard offspring of the Swedish show Real Humans.

Some reformats are virtual cut-and-paste copies of their overseas progenitors, with London replacing Stockholm or Berlin and English dialogue replacing cumbersome and mainstream audience-averse Hebrew or French subtitles. Others are more thorough overhauls, where the kernel or key concept at the core of the foreign series is kept but the local adaptor brings their own unique creative vision to the characters, setting and themes.

A case in point is our new comedy-drama Loaded, based on the hit Keshet show Mesudarim, which was written by Muli Segev and Assaf Harel. The UK series, which launches tonight and is distributed by Keshet International, is a coproduction between Keshet UK, Hillbilly Television, Channel 4 and US cable network AMC, which will air the show later this year. It is written by Jon Brown, whose other credits include Veep, Fresh Meat and Babylon.

Loaded’s original premise is universal but now it feels uniquely British, with the show tackling the awkwardness and first-world problems that arise when you become a millionaire in your early 30s.

Keshet UK is very much a fully fledged indie, producing and developing original ideas. However, when Loaded was initially being developed as an adaption for the British market, we looked towards a coproduction, as we did with The A Word. After a small but select beauty contest of potential suitors, we decided to work with the Bafta-winning Hillbilly Television on the series. Their response to the brief was the most exciting and they already had an existing relationship with Jon Brown.

Working with Polly Leys and Kate Norrish from Hillbilly was a truly collaborative process, with terrific input from both Roberto Troni and Lee Mason at Channel 4, as well as our inspirational and supportive co-exec Kristin Jones at AMC. Throw in an experienced producer and three directors, and you end up with a lot of voices around the table, but luckily there was consensus on the big decisions. Many an hour was spent off-set discussing what was funny, what worked, what moved – and whether a Toby jug would mean anything to anybody in America.

Leys says: “We loved Mesudarim when we saw it and thought it had real potential as a change format. The setup of four ordinary blokes running their own company, which sells for millions, was a starting point we really connected to. It was warm, funny and a great way to explore male friendship. But we knew we couldn’t do a line-by-line adaptation, it just wouldn’t have translated.

“For a start, we have less sunshine than Israel and the British have very idiosyncratic attitudes to money and success. Instead, we took the premise and told our showrunner [Jon Brown] to go in whichever direction he wanted. Apart from the running time [original episodes were 30 minutes as opposed to our 60 minutes], one of the other key differences is that we were very keen to boost the female characters. It was great to work with Keshet UK on this, who trusted us completely and helped us create a fresh, original series. Together, we’re really proud of the resulting show.”

Some foreign shows are never going to travel far beyond their own borders, because they are too culturally specific or parochial. Humour, we are forever being told, plays differently in different territories. But a good idea is a good idea the world over and, in an age of a voracious global appetite for more and more varied dramas and comedies from an explosion of buyers both domestic and international, having access to an overseas scripted catalogue is proving to be a godsend.

It’s not the be-all and end-all, and local broadcasters are always going to want to pick and choose, balancing the number of reformats and adaptations on their schedules with original pieces from home-grown voices. But at the end of the day, a successful reformat is always going to be packaged and sold to the consumer as a wholly original series. The average viewer isn’t going to know where the series came from or how it has evolved. As a must-see drama, it simply needs to excite and appeal, as would a shiny new car in a showroom.

Look beneath the bonnet, however, and you might spot that your Audi A3 shares more similarities to the Skoda Octavia than you first thought.