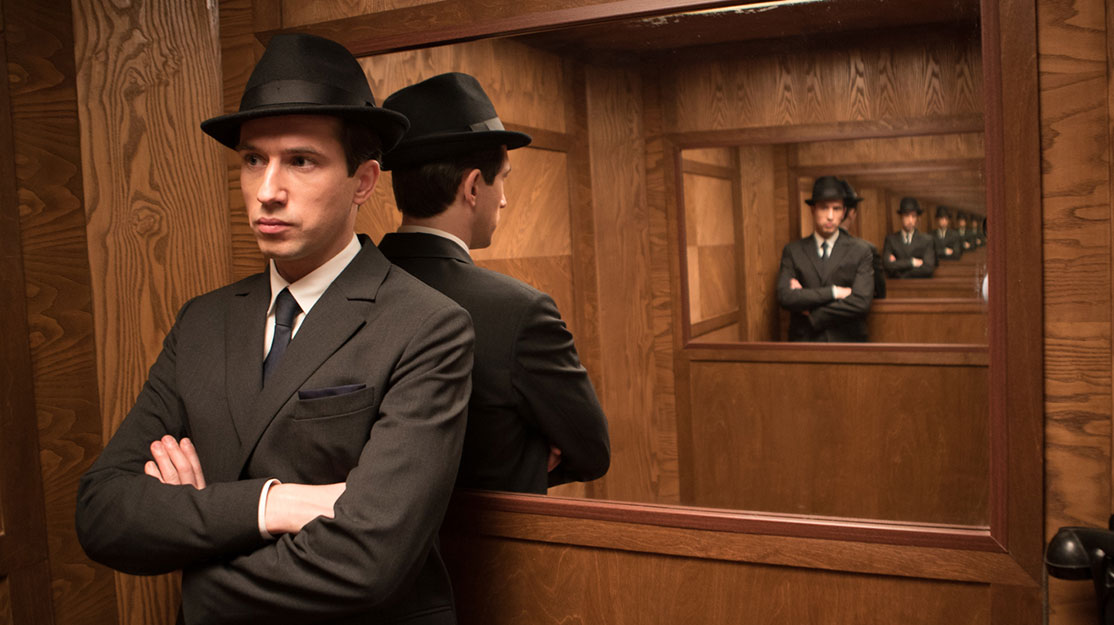 From Russia with love

The Cold War has proven to be a popular subject for TV drama in the past couple of years. Russian series Optimisty (The Optimists), created by Michael Idov, continues that trend.

Over the past few years, there has been a steady stream of TV dramas set during the Cold War. High-profile examples include Deutschland 83, The Same Sky and The Americans. Also in the works is The Ink Factory’s adaptation of John Le Carré’s classic espionage novel The Spy Who Came In From The Cold.

To this list can now be added Optimisty (The Optimists), a 13-part drama that stands out because it hails from Russia. Set in the early 1960s, the first episode aired on state channel Russia 1 on April 24 and out-performed all other shows in its slot. The show is available internationally from distributor SovtelExport.

The fact that The Optimists comes out of Russia is a sign of the country’s new-found confidence on the international TV drama stage. But what makes the show especially interesting is that it was created and written by Michael Idov, a Latvian-born American who now lives and works in Berlin.

Summarising his journey into the Russian TV business, Idov says: “I was born in Latvia and moved to the US as a child with my family. I studied screenwriting at Michigan University but then got sucked into journalism. I worked in the US until I was invited to edit the Russian edition of GQ [Idov is fluent in Russian]. So I went out to live in Moscow with my family. I became pretty disillusioned with the GQ job but while I was out there I got the impetus to write some spec pilots in Russian and, amazingly, the Russians started buying them. A couple have now been turned into TV series, which I guess makes me a Russian screenwriter.”

The Optimists is set in the early 1960s, a time when the Soviet Union was led by Nikita Khrushchev – a political liberal compared to his predecessors. “The show addresses something that Russian TV has not done before,” says Idov. “Usually, when Russian TV looks back at this era it does so in wistful manner – focusing on it as a time of innocence, hope and really cool sundresses. But this show explores the fraught relationship between the Soviets and West. What will appeal to the international audience is that it explores the Cold War from a vantage point that most of them haven’t seen – that of the Soviets. This doesn’t mean the Russians are good guys and the US are bad guys; that would be reductive and silly. But it does mean the Russians are the main characters. So we get to see how their personal lives are affected by the geopolitical picture. We get to see their intrigues, hopes, dreams and tragedies.”

According to Idov, the plot follows a fictional department within the Soviet Ministry of Foreign Affairs. “They’re like a strategic think tank before think tanks were invented. The team is made up of young people with experience living abroad. The idea is that they explain Western society and its mindset to older Soviet diplomats whose world views are shaped by Bolshevism and the Second World War – so they are not the smoothest people!”

Initially, the team is led by a female character called Ruta Blaumane (played by Lithuanian actor Severija Janusauskaite), “an American communist who fled the US in the wake of McCarthyism and married a decorated war pilot,” says Idov. “We had a lot of fun putting together historically accurate characters that would have had this kind of international understanding. So on Ruta’s team we also have a character called Andrey Muratov [Egor Koreshkov, picture top]. He’s the child of a White Russian aristocrat, born in Paris but whose family moves back to the Soviet Union after the Second World War when Stalin reached out to them. It’s historically accurate that Stalin encouraged the aristocrats to come back and then threw them in camps. Our character survives by denouncing his parents and becoming a good communist – even though in his heart he is a Frenchman.”

Blaumane’s department muddles along as a backwater until a character called Grigory Biryukov (played by Vladimir Vdovichenkov) turns up. “Western audiences should know Vdovichenkov from the movie Leviathan,” says Idov. “In our series, he plays a hardcore Stalinist functionary demoted to heading up this department. It pits him against Ruta and leads to a love/hate chemistry. The plot then is about Grigory’s slow awakening to different values, while at the same time his ambition leads him to turn the department into a world-changing force. It’s kind of a Forrest Gump scenario, where we don’t change the surface of historical events, but we allow our characters to infiltrate the background and take credit for some decisions taken by anonymous diplomats or Khrushchev.”

Season one of The Optimists is initially set in May 1960 and runs through until October of the same year (with a brief flashback to 1959). Assuming it continues to rate well, the second season will cover the period running up to the Cuban Missile Crisis on October 1962. Idov isn’t planning too far ahead but if there is a third season it would probably run until Khrushchev was removed from power in 1964 by hardliner Leonid Brezhnev.

Explaining the appeal of the Khrushchev era from a storytelling perspective, Idov says: “Russians have a wildly ambivalent attitude to the Soviet past. It was a time of incredible oppression but it’s hard to dismiss Soviet achievements like space exploration and industrialisation. Within this era, Khrushchev was probably the most palatable leader – despite bringing the world to the brink of nuclear war. My research of primary materials suggests he was driven by a desire to see people have more choice and freedom and live better lives. If he hadn’t been removed in 1964, it is possible Russian would have experimented with open borders and a model of socialism more like Sweden’s. He wasn’t innocent but he was liberal enough that, in our show, we could relegate the Stalinists to being the bad guys and have Khrushchev as the good guy.”

The Optimists was produced by Valery Todorovsky Production Company and involved a mix of studio and location work. The show took up two large sound stages at Mosfilm, with one almost entirely filled by a replica of a floor in the Ministry of Foreign Affairs building. As for locations: “We shot some ‘Berlin’ scenes in Kaliningrad, a former German-Russian enclave on the Baltic Sea – famous as the birthplace of the philosopher Immanuel Kant. We also went to Minsk in Belarus to shoot some old-time Moscow scenes, because you get this unspoilt Soviet ambience there. The only time we went out of Russia was to shoot in Paris, for scenes around the 1960 Paris Conference. There’s no place in Russia where you could double Paris. If there was I’d be living there!”

The pilot for The Optimists was written in 2010, so it has taken seven years to get to screen (which, incidentally, shows that Idov hasn’t jumped on the spy bandwagon). Along the way, Idov has also written series including Londongrad [a comedy about Russians living in London]. So how has he found the process of writing in Russia?

“Honestly, as a US citizen writing in Russian for a Russian audience, I went in expecting to encounter censorship. But I didn’t. Maybe my material didn’t warrant it, but my empirical experience has been good. My previous show, Londongrad for CTC, was about Russian integration in the West and came out at the height of anti-Western sentiment. But I didn’t get any ideological pushback.”

In terms of process, he says: “One of my main ambitions in working in Russian TV was to accustom them to idea of the screenwriter as a showrunner. Up to this point Russian TV has been a producer or director medium, while writers have been like hired help. For me, it was of paramount importance to work with the director and be involved in casting, editing etc.”

That said, his approach has varied on different projects to date: “With Londongrad, it made more sense to wrestle for control because there were multiple directors – so it was logical to have a head writer who knew the answers. But with The Optimists, we were working with one of Russia’s best directors, Alexei Popogrebsky. So I knew better than to get in his way. In fact, I was keen for him to be involved in the writing process, so he’d often be at the table with me in the early stages.”

One other interesting point about The Optimists is that Idov also composed a lot of the music, including the main title track. “The music is in the style of the early 1960s and is being released as a soundtrack album, which I’m excited about.”

In terms of the show’s international potential, Idov stresses that it is first and foremost designed with a Russian audience in mind – though it was being promoted prominently by SovtelExport at MipTV in April. “I hope it proves appealing to the international audience. I don’t think it’s like the usual kind of drama you see on Russian broadcast TV. The pacing and intricacies of the plot have more in common with a BBC or AMC drama. And the camerawork and direction are tremendous.”

As for what comes next, Idov is keen to come full circle and write TV in the English language. “I’m developing a show for HBO and Sky that capitalises on my in-between status. It takes place in Russia and is a thriller with a futuristic edge. We set it in 2021, which means we have the leeway to be a bit sci-fi. As shorthand, I’m pitching it as House of Cards meets Mr Robot.”

Although the production is being framed as a Western show, Idov is keen not to turn his back on his Russian collaborators: “I have good connections in Russia now and would love the show to have a Russian partner. But they would need to be fearless. The new show will be a no-punches-pulled political thriller.”