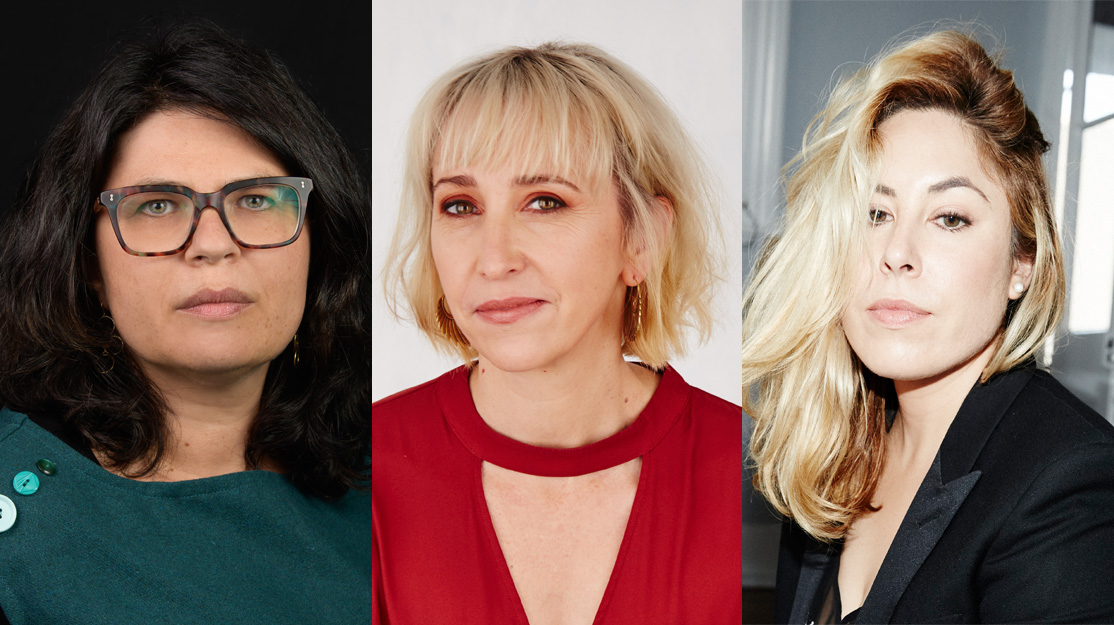 Writer Giula Sandler and producers Angie Fielder and Jessica Carrera tell DQ all about adapting Sally Piper’s novel The Geography of Friendship for television, with Rose Byrne set to lead the cast.

Described as Thelma & Louise for contemporary times, Sally Piper’s psychological thriller The Geography of Friendship tells the story of three female school friends across two different timelines. When a hike celebrating the end of school culminates in a violent confrontation, the three friends go their separate ways. They remain estranged until decades later, when they reunite to retrace their steps, seeking closure, connection and redemption.

The novel is now being developed for television as a six-part limited series, backed by Australian production companies Aquarius Films (Lion, The Unusual Suspects) and Dollhouse Pictures, whose partners include Hollywood star Rose Byrne.

As part of C21Media’s Content Australia On Demand, Carrera, Sandler and Fielder discussed how they are bringing Piper’s novel to the screen.

The Geography of Friendship is a psychological thriller based on the book of the same name. Why was the novel right for adaptation?
Giula Sandler, writer: It’s the story of three women who went on a hike when they were 18 or 19 and something traumatic happened to them there and it fractured their friendship. They revisit that hike 20 years later to try to get a little bit of closure and healing and maybe rekindle those friendships. We follow them on the journey in two timelines to figure out what happened, what they did, how it’s changed them and whether they can move past it. It’s a character exploration as well as a thriller.

Angie Fielder, co-founder, Aquarius Films and series producer: It explores the way trauma and grief can be unshakeable, and how they can stick with you and shape your life. It also very much delves into the topical notion of the threat of potential violence women are constantly living under and how that shapes the way we live our everyday lives.

Jessica Carrera, co-founder, Dollhouse Pictures, and series producer: What’s also interesting in the way we unravel the story through different characters is we see their different points of view on not only the event but also the impact it has down the track. It really makes you question, ‘Are these women victims or are they predatory as well?’ That’s always a really interesting premise for exploring characters.

The series is in the very early stages of development. How faithful will it be to the novel?
Sandler: Absolutely we’ll follow the journey of the book. What excited me about it was there were so many little nooks and crannies to expand and explore, particularly the characters’ lives at home in the present day in their 40s and seeing how they’ve changed and what they need to get from this journey and this hike. It’s more about deepening and expanding [the source material] than veering away from it.

Fielder: In terms of Sally’s involvement, she will probably come along and be a part of some of the writers rooms, so we’ll definitely be involving her or consulting her. But she’s not a writer on the show and she’s very aware of the fact we’re making a series and it’s going to be an adaptation. She’s very happy for us to use her material as a jumping-off point to do the things we need to do to make the best dramatic story for the screen.

How did you come to option the book?
Fielder: It was our lawyer who suggested we read the book. She’s actually really good at picking projects. She gave it to us to read and it felt like such a great premise and a great mystery. It just felt like it had all the right ingredients. We particularly loved the themes it was exploring and that it was so female-driven and very much about being a woman in today’s world.
We were very keen, obviously, to put together a strong female team to lead the creative. We were already working with Giula on another show, which is very different but a similar genre in that it’s a mystery thriller. We know how great she is at crafting those stories. This is her wheelhouse – she’s very good at this stuff. We were keen to bring her on board as the lead writer. Thankfully she read the book and loved it and wanted to come on board.
Dollhouse is a great partner for this because it’s a collective of really amazing women working across lots of different roles. Jess is producing, Gracie Otto and Shannon Murphy are directing, Krew Boylan is writing and Rose Byrne will be starring and executive producing. It seemed like the perfect combination. We’re very lucky they also liked the material.

Carrera: We felt it was a really incredible opportunity. My partners and I have known Polly and Angie for some time, and we had also really wanted to work with Giula. When we read the book, thematically it touched on so many things that interested us as a company. At the base was this seismic shift in terms of people changing their opinions on violence against women and it being spoken about. In the book, the characters were mainly silent, and that is what drew them apart. That was an interesting idea to explore.
I also think there’s something quite cathartic about the Australian landscape, and it really helps to serve and shape the story. We were excited about the partnership. With Covid as well, it’s been an incredibly opportunity for us all to be back in Australia. The timing couldn’t be better to explore this next phase of development.

How will the show push boundaries when it comes to representing and depicting women’s experiences of violence and inequality?
Sandler: The main thing is I don’t think these women are victims. That’s really important to me in terms of portrayal. I don’t really watch shows with dead women anymore – it’s just about when do you realise that the world is dangerous and men are dangerous to you? Is it when society starts telling you? Is it when something happens?
What I really loved about this was the three women have different responses to what to do in the moment and across the years, and that really tracks what a lot of us go through as we go, ‘Oh, hang on a minute, I can’t walk home alone at night after 10pm.’ When you realise how constrained your life is, that’s what you start to get angry too, and nothing needs to have happened to you personally for you to understand that. This book explores that in a really interesting and meaty way.

Carrera: At its heart, it’s not about violence against women. It’s about the consequences of that and the consequences over many years and how it still haunts them. It constantly ricochets through their life when it comes to the decisions they make, the types of lives they lead and the family structure they have. It’s only now we have this rallying cry to speak truth and to have this uprising that we really know what that impact is. There’s been so much incredible research in that lately. That is, at its core, also explored through this story and these characters.

Sandler: It’s a story about these women’s friendships, ultimately, and it’s not about competing with each other or fighting over a man. It’s about all the things women’s friendships are about that we don’t get to see that much of on screen, and we’re really aiming to get into a very true and complex place with them.

How is the television landscape shifting in terms of what audiences are looking for?
Carrera: It’s great there is so much diversity in material, not just in terms of representation but also in terms of creative packaging. It’s great there is a story like this that maybe wouldn’t have been right for the market 20 years ago and suddenly has an opportunity to find a home and shine a lens on something women have been experiencing for so many decades.

Sandler: We’re only scratching the surface of what women’s stories can be on screen. It’s certainly still difficult to have female anti-heroes. That’s very slowly changing. [Shows with] complicated women are still something we need to push hard to get made. The audience is starting to be there and that’s really great.

Where might the series be filmed?
Fielder: The world will be a bit of a different place by the time we’re ready to shoot this, and part of the original appeal of the book is we love the Australian landscape. It is incredibly dramatic and incredibly different, and absolutely there’s a version of this that can be shot here [in Australia]. We would love to do that. That said, it does feel like it could be set anywhere. They could be hiking through California, Canada or anywhere in the world, really.
We’re open with that and it will probably depend on a number of things, including how the world’s going at the time. But we would love to shoot it here – that would be stunning visually. There’s certainly a good history of great Australian content that has been set within the country and has capitalised on the dramatic and haunting nature of our landscape, so we’d definitely love to tap into that.