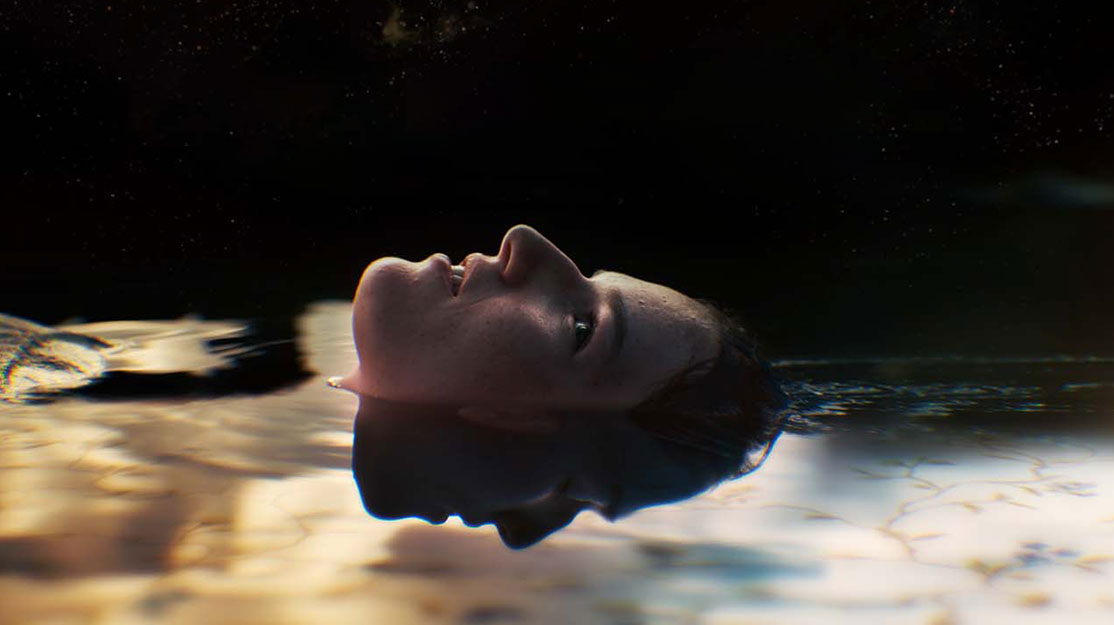 French young-adult series Chair Tendre (About Sasha) explores teenage life from the perspective of Sasha, who was born intersex. Writer Yaël Langmann reveals the origins of the project, how she cast the lead role and the universality of its story.

In Chair Tendre (About Sasha), a 10-part series commissioned by France Télévisions’ youth network Slash, Sasha faces the same problems as every other teenager growing up. But one day, it emerges that Sasha was born intersex.

While doctors have sought a medical solution and Sasha’s parents have tried to hide the ‘problem,’ Sasha is left terrified and angry and now has only one thing on their mind: to find their true identity – a matter that becomes more difficult when love becomes involved.

Starring Angèle Metzger in the lead role, Chair Tendre comes from creator Yaël Langmann, who also writes the series and co-directs with Jérémy Mainguy. Among the projects screened at French television festival Series Mania earlier this year, it is produced by Jerico TV in coproduction with Big Band Story and Famela, and distributed by France TV Distribution.

Here Langmann tells DQ about the origins of the project, her writing process and stepping behind the camera for the first time.

What are the origins of Chair Tendre?
As a teenager, I was, like everyone else, overwhelmed by the question of my own normality. Sex seemed to me to be this strange object reserved for others. I had the feeling that my hormonal mechanics took malicious pleasure in ruthlessly foiling all my attempts to achieve happiness. I was disgusted by my own body.

In the secrecy of my candy pink bedroom, I prayed every night to wake up the morning after as normal as possible. But every time I woke up, I found this ugly body of a skinny young monster whose breasts still refused to grow.

Then, at the same age, I met an intersex person. The word ‘intersex’ didn’t even exist back then. When I realised our society had never thought of their place, I was first taken aback, then revolted – revolted by the medical treatment given to them, revolted by the denial of their existence by a society that only offers to tick two girl/boy boxes on the birth certificate, and revolted by the permanent lie this person had to face both in their family, intimate and medical circles.

The desire to write Chair Tendre started from there, 20 years ago, when I didn’t even know I was able to write.

How did you want to tell Sasha’s story?
I wanted to tell a story of a character we would first meet through their personality – uneasy, clumsy, tender and all of millions of things that make up a full human being. Then when we have rooted a little bit more for Sasha, when it becomes clear that Sasha is a character who looks like us, the idea was to go deeper into their bodily discomfort and address the theme of intersexuality.

In other words, Sasha’s intersex body is much more of a metaphor and a symbol of the feeling of abnormality during teenagehood, even though Chair Tendre tends to not avoid the medical aspect.

I tried to write Sasha’s journey as universal and intimate as possible, because above all things, Sasha is a teenager. The idea is that the audience should care less about Sasha’s body than Sasha’s identity, in which I hope and believe everybody can recall and root for.

What are the themes you wanted to discuss?
I wanted to expose the gloomy feeling of loneliness that happens during our teenage years. This feeling of rejection, when everything seems way more easy for everyone else but us. The nauseating hate of our own body. This idea of becoming a weird monster, while our viscera are slowly changing. I wanted to try to recall this insurmountable journey that every human being experiences.

The characters surrounding Sasha also gave us the opportunity to explore the void and the melancholy of leaving childhood, the pain that comes with it, but also the feeling of being at the very beginning of something bigger, wider and also wilder, which is adulthood. To me, being a teenager is like being a molten nuclear power plant core.

In the background, a deeper theme would be the need of belonging. All the characters in the show, as different as they may be, all have something in common: they can’t cope with solitude anymore and they all want to feel they belong to something bigger. They all desperately want to be connected to the other or to others.

Chair Tendre explore above all things the overcome of prejudices and fear of the others, and the necessity of opening and sticking to those same terrifying others.

What can you tell us about the characters, particularly Sasha, and how we follow them through the story?
Sasha thinks they are lonely, because they’re overwhelmed by their secret. At the beginning of the story, Sasha mistakes their body with their identity, without realising they are drifting away from those who are ready to love them. But at some point Sasha is not really different to the other characters.

Anna hides a terrible pain. As she acts as life has always treated her well, she’s been bullied and had experienced slut-shaming when she was younger. Alex is overwhelmed by shame, and has issues trying to hide [the fact] he’s taking the same path of his father with his alcohol addiction.

Pauline is boiling under the pressure of Sasha’s secret. She feels forgotten and leftover. She’s 15 and already exhausted by life. Meeva gently bites everyone that comes across her in order to hide that she’s terrified at the idea of losing her special bond with Anna.

Sam might be the only one able to express calmly his fear of growing up. And Sasha’s parents are totally overwhelmed and crushed by the guilt they feel for Sasha. They are benevolent, smart, caring, but yet destroyed by the idea of making wrong choices.

All the characters will go through a journey of having their secrets and their worst fears exposed to each other. And because there is no bad guys in this story – we’re only dealing with characters trying to do the best they can, even though they can make mistakes that hurt – they all will learn from each other.

How did you develop the series with France Télévisions’ Slash?
The process of development was amazing. [Digital fiction executive] Sophia Synodinos and [digital fiction director] Sened Dhab were not only attentive but were the best partners we could dream of. They always tend to nurture and nourish the process of writing, the characters, the dilemmas. They didn’t have preconceived ideas about what Chair Tendre should be and they gave us a crazy amount of freedom.

What was your writing process on the series?
My amazing producer, Clara Laplace, was the ideal sparring partner while I was writing the 10 episodes. She was always embracing all the weird scenes I would come up with. The first drafts were written in something like two months. Thanks to Clara’s amazing collaboration, I had a pretty clear idea of what would be the main story, the scenes and the arcs of characters.

After that, when the scripts were kind of ‘out of the ground,’ Jérémy, my amazing co-director, continued to challenge the story. We together arrived at something like 20 versions of the scripts. I loved having Jérémy’s fresh gaze on the story, it was incredibly beneficial.

What research did you do to ensure the story was as authentic as possible?
After reading a lot of articles, watching a lot of documentaries and meeting a lot of people involved with intersexuality, we had the chance to work with Loé Petit, president of the CIA [Collectif intersexe activiste] before I started to draft the story. Through Loé’s amazing generosity, patience and didacticism, we tried to make Sasha’s character as genuine and as credible as possible. More generally, as I am now over 40 years old, I tried to be as honest as I could be to recall the feelings I had experienced when I was 17. It was a sweet, and not so sweet, dive down memory lane.

How did you cast Angèle Metzger in the lead role?
While I was writing the very first scene of the very first episode, we had the incredible chance to meet Catherine Charrier, our casting director. But before she even read anything (she only knew the themes of the series), she came up with the idea of Angèle.

I immediately fell in love with Catherine and Angèle at the same time, but even though we somehow knew Angèle was the best fit ever, we did audition tons of actors for Sasha’s character – boys, girls, non-binary actors, trans actors.

At the end of the day, we shared the casting tapes with our partners, Loé and Slash. We all agreed straight away that Angèle is Sasha. She built up the character in a way that only she could do.

What is the visual style of the series and how was this achieved?
I would say timeless and not location-specific. We wanted the series to look like those characters could live everywhere. We really wanted to avoid anything that could be too ‘sweet cotton candy’ coloured and were always using one word: patina [an aged or weathered look]. We wanted a feeling of gentle gloom, of sweet melancholy, of milky softness.

With Yoann Suberviolle, our amazing director of photograhy, we decided to really work on that. We wanted this story and this characters to be credible nowadays, but also to be able to exist 20 years ago or maybe in 20 years’ time. We also wanted to be as close to the characters as we could be. That’s why Yoann came up with a lot of a shoulder camera, to get this feeling of immersion into the feelings of the characters. Most of the story is through Sasha’s perspective and through their emotions. Yoann did an amazing job capturing every single quivering of Angèle and the other actors.

We also had the chance to push even more this nostalgic tone thanks to our collaboration with Adrien Durand, our composer. The work he has done is so beautiful. He came up with suspended and elegant themes, thanks to his intelligent use of keyboards, and the way his music fits with the images is a little miracle to us.

Where did you film the drama and how are locations used?
We did shoot in the Landes [in south-east France] and thanks to Laurie Salomé Cubaynes, our insane production designer, we have these patina colours in every frame. Laurie and her team did a crazy job creating stains, cracks, damage on every matter and every angle the camera could go.

Why do you think the series might appeal to international audiences?
Maybe because the series talks mainly about intimate and universal feelings. I hope so! I do really hope that the audience, international or not, will fall in love as hard as I did with the beautiful interpretation of our magic actors.