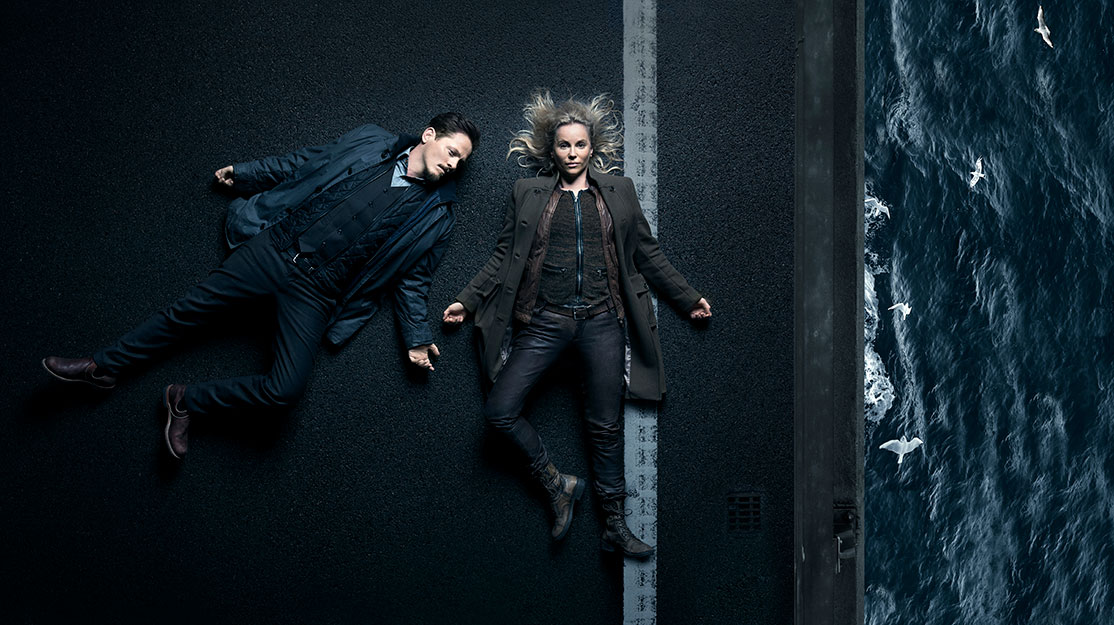 After four seasons starring in Swedish/Danish smash-hit series Bron/Broen (The Bridge), Sofia Helin is setting up her own shows and helping to coordinate a protest about the way women are treated in the film and TV business in Sweden.

As Nordic noir continues to ride a wave of global popularity, one show still stands taller than the rest. Wallander and Forbrydelsen (The Killing) came before it and new dramas will surely follow it, but until something repeats its international success, Broen/Bron (The Bridge) is arguably the biggest hit to come out of the Scandinavian crime genre.

Central to its success has been Sofia Helin’s star turn as Saga Norén, a brilliant yet unorthodox Swedish detective who teams up with her Danish counterpart to solve a series of gruesome murders discovered around the Øresund Bridge that links Malmö in Sweden to Danish capital Copenhagen.

Helin is now well known around the world thanks to her iconic role in a series that will conclude after its fourth season, which began on New Year’s Day on Denmark’s DR and Sweden’s SVT.

“Of course I cried on the last day [of filming], we all did. It’s been an amazing journey, a long journey, a deep journey, a hard journey,” Helin says of working on the show, which first aired in 2011. “My daughter was one year old when we started and now she’s eight, so it’s been a [significant] period of my life and it has opened so many doors. I learned so much from it. It feels good to say goodbye but I will always have it very close to my heart.”

The actor says she is now considering what to do next. She has already crossed borders to star in The Same Sky, a German-produced spy thriller set during the Cold War. “That’s where I am now, thinking what can I do with this platform. I’ve come to the conclusion I love being a storyteller and I love being a part of the process.

“I’ve learned so much by developing The Bridge more and more each season that I feel now I have to move on and use that, so that’s what I’m doing. I’ve also been longing to work together with other female actors. For a long time, the industry has looked like five men and one woman in the middle like a jewel, so I look forward to working with my female colleagues.”

To that end, Helin is already developing two new projects. The first, Get Naked, is described as a comedy about female sexuality, particularly focusing on older women. Miso Film is producing alongside distributor FremantleMedia International.

“After a certain age, women just disappear,” Helin states. “If you go into a store and you see all the newspapers, you see there are no mature women. They’ve just vanished. Mature women’s sexuality is just invisible, but we have it and it’s a strong power.

“Our inspiration for that show is [HBO hit] Girls, which does the same thing but with younger women. It’s about four characters and they are all having problems and issues. It starts with them being all by themselves thinking about this topic, and they come together to talk about it and do something about it.”

The second project, Heder (Honour), is a thriller set in a law firm that works with victims of sexual crimes. Helin created the series with fellow actors and executive producers Julia Dufvenius, Anja Lundqvist and Alexandra Rapaport, who all star. It is produced for Discovery by Bigster and distributed by Eccho Rights.

“They have a common past that brings them together for life that they try to avoid,” Helin explains of the show’s characters. “The big philosophical question is: is it possible to pay for your guilt or what you’ve done by doing good things? Also, the word ‘honour’ is chosen specifically because when you are harassed or raped, someone takes your inner honour from you, and when you say, ‘That’s not right what you did to me,’ it’s a redemption process.”

Honour is a particularly timely piece, coming in the wake of the sexual misconduct allegations coming out of Hollywood and elsewhere in the film and television business and the #MeToo campaign on social media, both of which have had a big impact in Sweden.

Helin has been a particularly vocal supporter of the #tystnadtagning (#silenceaction) movement, which saw almost 600 Swedish actresses sign a letter calling out the Swedish film and TV industry for failing to protect women from sexual abuse.

“It started with #MeToo and then, after a while, a few of us actresses felt we had to say something publicly about what it’s like in our business,” she recalls. “We started writing on Facebook, just like 10 of us, and then in 36 hours we had more than 1,000 members. So many horrible stories were written on this group, so we realised we had to do something more – to tell the world about our world – so we started a revolution, you could say.

“We want to change the industry from the ground up. Just stop behaving like that. For all of us, it’s a new way of looking at the world so we have to learn together. It’s not a matter of us and them, it’s about doing it together. Hopefully it’s going to spread throughout the world so we can start talking about this without just blaming and having a war.

“But I’m a bit worried that it will soon be yesterday’s news, which is why we have to keep working and take responsibility for this, what’s happened. I think at least in Scandinavia this is a revolution, and I think it is in Hollywood also.”

This isn’t the only movement taking place in Sweden, however, with Helin identifying another change in society that has come to light through the making of The Bridge.

“This season is about identity and it’s been so amazing, and sad also, to go through this period because when we started the show, the bridge was a symbol of gathering,” she concludes. “It was an open bridge where you could go between countries. The cities of Malmö and Copenhagen were growing together and there was a very positive feeling around the bridge.

“Now it’s a bridge we use to close the border, to control our countries. It’s where many tragic events happen because people aren’t let in. It’s a completely different situation to when we started so this season will reflect that, of course. It’s still The Bridge, but you have to move with society.”