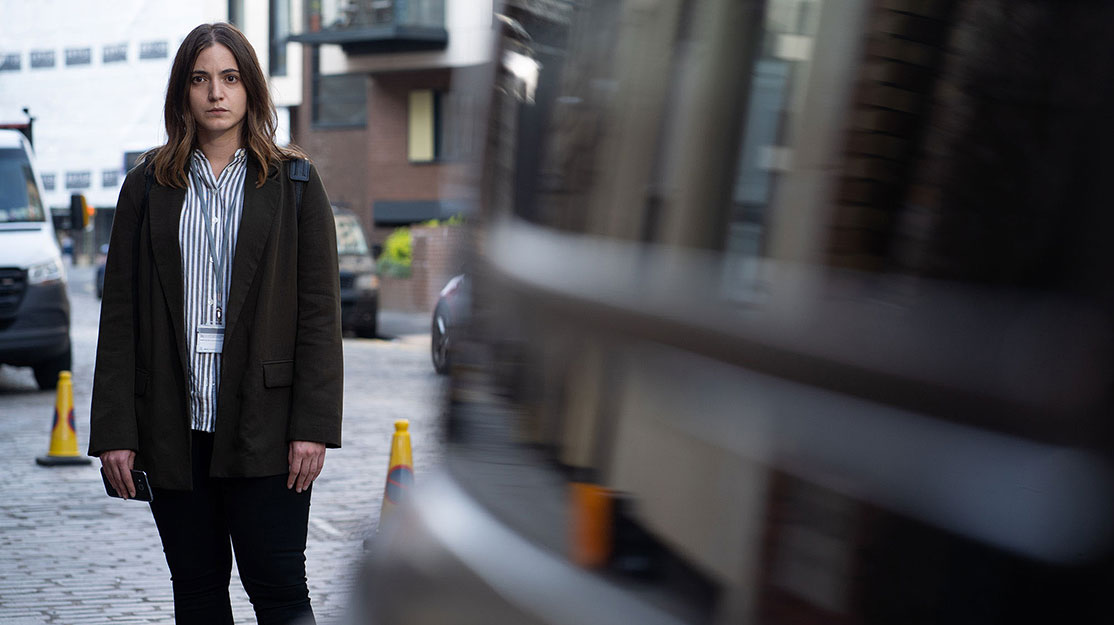 War of the Worlds executive producer Julian Murphy takes DQ inside the making of the third and final season of the HG Wells adaptation, which brought with it the new challenge of depicting a zero-gravity environment.

Set in present-day France and the UK, War of the Worlds (aka La Guerre des Mondes) is a modern retelling of the iconic 1897 story by HG Wells. It imagines what happens when mankind is all but wiped out in a devastating alien attack just days after astronomers detect a transmission from another galaxy.

In the show’s third and final season, the war between a handful of survivors and the aliens reaches a new turning point as a terrifying phenomenon grips countless people across the globe.

The story picks up from the end of S2, with Gabriel Byrne (In Treatment) reprising his role as Bill Ward alongside new cast members including Molly Windsor (Three Girls), Ernest Kingsley Junior, Madeleine Worrall and Oliver Hembrough.

Distributed by StudioCanal, the series is produced by Urban Myth Films (Atlantis) in partnership with French broadcaster Canal+, where S3 debuted on September 5, and The Walt Disney Company. It also airs in the US on Epix.

War of the Worlds is executive produced by Julian Murphy and Johnny Capps for Urban Myth Films, and directed by Indra Siera and Jonas Alexander Arnby.

Here, Murphy breaks down the new season storylines, discusses how the series has evolved from Wells’ original story and explains why character must come first in a sci-fi show.

As the show returns for its third season, where are we in the story?
About four months have passed since season two ended. Bill (Byrne) is in prison. A black hole has appeared on the edge of the earth’s atmosphere. Although only Bill knows it, this was caused by his own journey back in time. Some people on Earth are experiencing strange hallucinations: moments from another life lived in what seems like an apocalyptic future – the world after the alien attack. Catherine [Léa Drucker] has studied this and is convinced the hallucinations are being caused by the black hole. The aliens – led by Adina [Ania Sowinski] – remain as committed to our destruction as ever. They are already plotting a terrible revenge.

What’s in store this season?
Season three is a journey that takes place in two worlds. One is our own world where the hallucinations and actions of the aliens bring us all to the brink of disaster. The other is a world after the alien attack where Sophia [Emilie du Pressiac] and Nathan [Paul Gorostidi] still live – a world even more terrible than the one we left in season two. It falls to Bill and Catherine to find a pathway between these worlds. Together, they come to realise that the only way of saving humanity demands the ultimate sacrifice.

What has been your approach to retelling HG Wells’ story – and how have you sought to expand it beyond the initial work?
We have the utmost respect for Wells’ book. It’s inspirational and extraordinary for its time. But we have never sought to adapt it: for us, it’s all about the themes he explores and the way he taps into our deep-rooted fear of the other, of the ‘alien.’ These were vital springboards as we sought to explore what it would really be like if aliens invaded us now.

What elements have you introduced to make the series timely and contemporary?
We have always set the show in a very real and recognisable world. We want the extraordinary events to take place in a world we all recognise – a world where we would go to the shops, the cinema or take our kids to school. That’s what helps us keep it relevant and contemporary.

How has S3 introduced – and dealt with – alternate timelines?
Season three images a universe of multiple worlds and multiple timelines. It’s not unlike the ‘many worlds’ theories of modern quantum physics, although we take a few liberties. We introduce it through the idea of hallucinations – the theory that our consciousness doesn’t simply observe the world but, to some extent, creates it.

How would you describe the show’s visual style?
We actually try to be very ‘real,’ the opposite of what many sci-fi shows aspire to. Ken Loach films are an important reference for us, with handheld cameras in very observed and grounded mise en scène.

How is the series filmed – is there a blend of real and studio-built locations?
There are both studio sets and real locations. And many of the real locations have VFX elements to enhance them.

Part of S3 takes place on the International Space Station. How did you create the zero-gravity scenes?
The zero gravity scenes are done with an elaborate system of pulleys and wires. We then remove all the pulleys and wires with a large VFX team. The system was devised and operated by a Ukrainian stunt team who are all now fighting for their country on the frontline.

How else is VFX used in the show?
We use VFX for many things, but the biggest is to make the world after the attack devoid of people and life. Nearly all of that is done with VFX these days. In the days of [2002 horror film] 28 Days Later, they had to clear the streets for real and shoot at 5am.

What can you reveal about how the story comes to an end this season?
I can’t really say much. It’s moving and poignant, and perhaps a little more positive than you might imagine.

What are the challenges of making a science-fiction drama and how have you overcome these obstacles?
For us, the challenge of sci-fi is making it about real human characters and their emotions. There is a tendency in the genre to put those things in second place. It’s an easy trap to fall into, and we have always tried to put them in first place.

How have broadcasters and streamers come to embrace science-fiction series, which may have previously been considered too niche for mainstream audiences?
There are a lot of reasons, but two obvious ones spring to mind. First, the audience is much more global, and that means shows that attract a smaller number of committed viewers have much more chance of being made. The second is equally simple: we are living in the most exciting age of space exploration in human history. These discoveries are bound to make their way onto our screens.

What are you working on next at Urban Myth?
We are working on season two of The Lazarus Project for Sky.