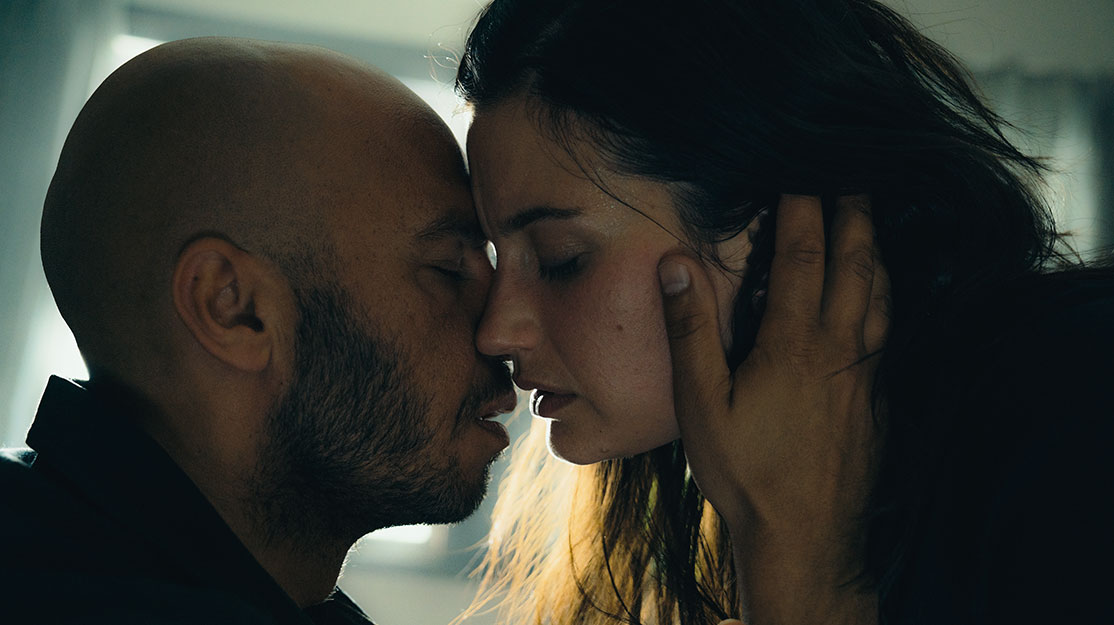 Award-winning director Christoffer Boe swaps feature films for TV with a six-part examination of a soldier’s struggle to readjust after returning home from combat. He tells DQ how he teamed up with producer Miso Film for Danish drama Kriger (Warrior).

It’s the latest scripted drama to come from Danish production powerhouse Miso Film – but that might be where comparisons end between Kriger (Warrior) and anything else made in Denmark.

Running to just six episodes, it focuses on a military veteran struggling to readjust to life after the experience of war. Dar Salim stars as CC, who returns home after his last mission resulted in the death of his best friend, Peter. At home in Copenhagen, he cannot shake his feelings of guilt, so offers to help Peter’s widow, police investigator Louise (Danica Curcic), tackle a notorious biker gang.

It’s not just the story that is set to push the boundaries of what is commonly recognised as Nordic noir, but the tone and visual style of the show, which is due to debut on Denmark’s TV2 this fall. That’s largely down to filmmaker Christoffer Boe, who is making his first move into television by directing the series. He also co-wrote the script with Simon Pasternak.

Boe says Warrior was always destined for television, a medium that, unlike film, offered him the opportunity to tell a story from multiple perspectives – in this case the police, the veteran and the biker gang – across six hours.

“You wouldn’t be able to do that in a feature film,” says the director, who won the Camera d’Or at the Cannes Film Festival for his first feature, Reconstruction, in 2003. “It would be too short. In that sense, it needed the time and space of a TV series. And at the moment, everything really interesting in narrative filmmaking is in TV series. You have the ability to dig into all the grey areas.

“The greatest TV series are always where the hard choices are. It’s not about black and white but the grey area where nothing is easy. It takes time to create that environment where situations and choices become more difficult and take a bigger toll on you, and you don’t have that time in feature films. You have something different. That’s one of the things that really makes TV shows so interesting at the moment.”

Boe describes a post-war climate in Denmark where the fighting is over but conflict remains on the streets of the country’s cities. “There’s also a cultural war based on different perspectives around society, community and what shared values we have,” he reflects. “At the core of this series is an exciting, interesting thriller-based story that still deals with the depths of these issues.

“A guy returns home with the pain of being involved in war and the guilt of losing his best friend. He has big issues, as all great characters have, but then he goes into the criminal world, and it’s also very much thematically about what values do we really want to fight for? How long will we continue doing the right thing, and when does a good thing become a bad thing if you misuse your methods? There are a lot of questions about society and great thematic issues to deal with because of the character he is and the characters he involves himself with.”

Utilising the support of Miso Film co-founders Peter Bose and Jonas Allen, Boe says the switch to television has been a “learning curve,” requiring a completely different approach to writing and directing. He continues: “Even though it’s still about having great characters, transforming a big arc into six episodes is a very different endeavour so I really needed these guys to hold my head above the water. We had lots of talks and creative discussions about how to do this in the right way.”

With a back catalogue including series such as Frikjent (Acquitted), Den som Dræber (Those Who Kill) and Dicte, Miso Film is one of Scandinavia’s most prominent producers. Its reputation is enhanced further by the fact it is also behind the region’s first Netflix original series, The Rain, which is due to launch next year.

“Coming from series like those, it was interesting to work with an A-list director and really see Christoffer’s ambition coming through in a miniseries with great talent attached,” says Miso’s Bose. “We have quite a bit above the budget we normally have – 25% more – because we want to make this stand out. Sometimes it can be difficult to get a great talent to commit to a series of four or five seasons, so a limited series like this is a happy marriage.”

More than a decade has passed since Wallander and Forbrydelsen (The Killing) burst onto television screens, giving rise to a fascination with Nordic noir that has spread around the world. But as those stories have diversified away from gloomy crime thrillers, Allen says the opportunity to produce a series like Warrior is now a possibility.

Bose adds: “Nordic noir is still the backbone of what we do but broadcasters are becoming braver. They’re seeing different genres do work and it doesn’t have to be a traditional crime drama. A show like Acquitted is not a pure crime show. It’s a drama about society with a crime underneath.”

Furthermore, its creators believe Warrior will look very different from other Danish TV shows, with the entire series filmed on location and making use of different lighting to create an array of visual styles.

“This is completely different,” Allen says of the drama, which is distributed by FremantleMedia International. “From the very beginning, this was a location show and we wanted to make the budget to accommodate the needs of the shooting, to pick up small details and the atmosphere. We’re trying to create an environment for the shoot in order to accommodate the vision of the show. That’s the thing about doing six episodes, it’s possible here.”

Boe picks up: “It’s going to be very atmospheric and have a very strong visual presence. There’s going to be a keen awareness of our milieus and of the greatness of Copenhagen. I’ve always been obsessed with Copenhagen. I usually use very selective areas of the city but this time we want to show it as a big city, like Gotham City. So we’re going to do Gotham City Copenhagen-style.”

Unlike Batman, Gotham’s most famous citizen, who reappears every few years, the characters that populate Warrior are not set to return to screens after the show’s initial six-episode run comes to an end. It’s another reason why the show will stand out among other Danish series, which tend to conform to a three-season structure.

“If you look at the Nordic noir trend for the last 15 years, you’re now able to do something like Warrior, not only in terms of attracting A-list talent but also in terms of telling a new story,” Allen concludes. “There’s been a shift from traditional Nordic crime drama and this is really a balance of community and loyalty on a thematic level, but also a show with pace and fantastic drama sequences. This is a new shift in what’s going on in Scandinavia.”