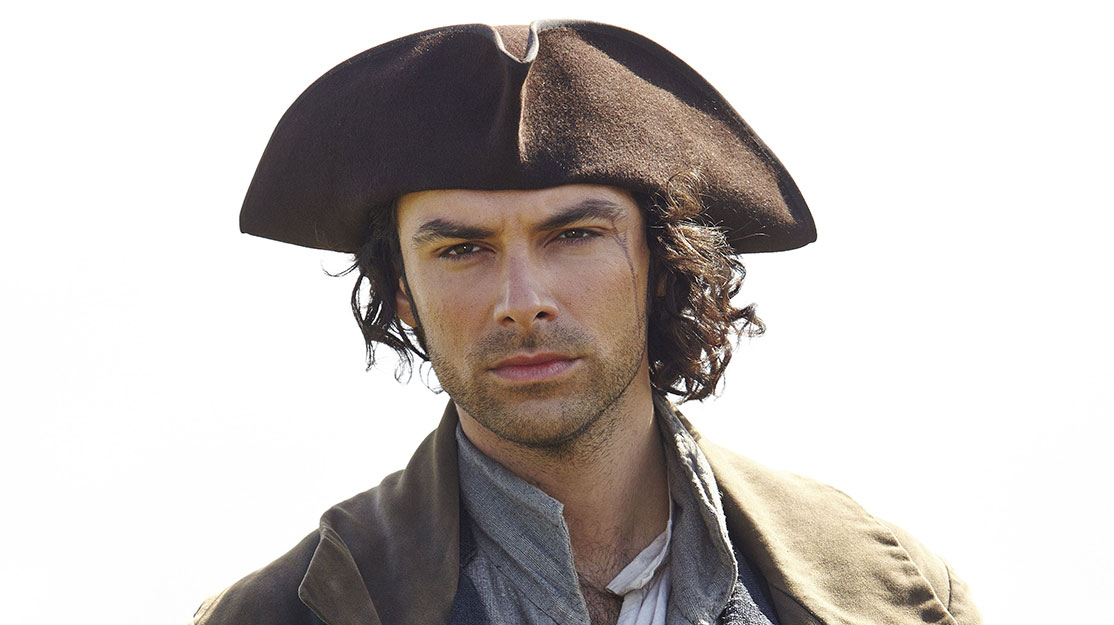 In fact, unless the approach to the source material is radically different from previous adaptations, one can’t imagine the atmosphere in the BBC production meeting to discuss the idea when it was broached was exactly electric.

With the recent transformation of BBC Production into BBC Studios, this was perversely exactly the kind of show calculated to reinforce prior negative expectations of what the new entity would be – safe, traditional and rather unimaginative.

The exit of Studios head Peter Salmon after six months to Endemol Shine may see BBC Studios leave its comfort zone – if a non-corporation insider is chosen to replace him.

Coupled with the plethora of Agatha Christie adaptations, younger takes on popular characters such as ITV’s Endeavour (Inspector Morse) and the upcoming Prime Suspect prequel Tennison (incidentally, there’s a Young Marple in development for CBS in the US), as well as reboots of Poldark (pictured top) and Maigret, new versions of Wilkie Collins’ The Woman in White and EM Forster’s Howards End, there is a feeling that mainstream drama in the UK is playing safe and becoming atrophied, although I’m sure production executives at the time felt that reviving a 1970s show such as Poldark was genuinely taking a risk.

The low figures attracted by recent series such as Jericho (ITV) and Dickensian (BBC1), which, despite familiar period drama elements and literary antecedents, at least attempted something a little different, may increase the caution displayed in TV drama commissioning in the UK for the big channels.

If we are going to pillage the past for source material, maybe producers can consider some other authors than the usual roll call of Austen, Dickens, Trollope (ITV’s Julian Fellowes-penned Doctor Thorne) and the Brontes.

Will the upcoming BBC1 retread of Homer’s Troy stumble in the same way as ITV’s fantasy actioner Beowulf?

Both shows, and BBC2’s The Last Kingdom, smack of a desire to emulate Game of Thrones, as did the flop BBC1 War of the Roses epic The White Queen back in 2013.

To some critics, BBC1’s choice to adapt 20th century classics last autumn (Lady Chatterley’s Lover, An Inspector Calls, The Go Between and Cider with Rosie) resembled nothing so much as an English literature A-level syllabus circa 1973.

Despite the likelihood of negative comparisons to Amazon’s The Man in the High Castle, the BBC’s upcoming series based on Len Deighton novel SS-GB promises something a little off the beaten track from recent network drama.

With his works coming out of copyright, the oeuvre of HG Wells seems ripe for revival, judging by Sky Arts’ recent anthology series The Nightmare Worlds of HG Wells and the upcoming Mammoth Screen (Poldark) version of The War of the Worlds, which aims to hue closely to the novel. With Peter Harness (Jonathan Strange & Mr Norrell) adapting the story, we can be fairly certain that we’ll finally see something resembling Wells’ original vision.

There are, of course, some shining exceptions to the general air of caution, not least of which is The Night Manager (BBC1). Although never adapted for TV before, it does come from the pen of John le Carré, responsible for a string of successful movies, including The Spy Who Came in From the Cold, The Constant Gardener, A Most Wanted Man, The Tailor of Panana, the 2011 film Tinker Tailor Soldier Spy and TV series/one-offs (Smiley’s People, A Perfect Spy, A Murder of Quality).

The Night Manager is truly something different for BBC1 – the sheer luxury on display in terms of locations and casting, the sumptuous photography and even the Maurice Binder-style title sequence lift the show into another sphere, almost one of decadence, especially considering the ongoing budget cuts at the BBC.

Now perhaps there’s a glimpse of where the money saved from BBC3’s linear demise is heading – and also of the advantages of coproductions.

Co-funded by AMC, which likewise coproduced Channel 4’s Humans, The Night Manager perhaps demonstrates that only international financing can release the creativity for UK drama productions of real scale and ambition.

Former C4 drama commissioning editor Peter Ansorge voiced his frustration last month, commenting on the difference in television drama between here and the US: “You can’t argue against HBO, AMC, Showtime and Scandinavia being the new gold standard in TV drama. Even Germany has got in on the act with Deutschland 83.

“I’d question whether this is the case in the UK. These international shows have one thing in common: they are all original and contemporary works, with challenging things to say about their recent history and their countries’ social and political realities. HBO and AMC dramas challenge US audiences to look at themselves in new, often breathtaking ways.

“In contrast, the UK typically looks back, or towards crime. Downton Abbey tops the ratings on Christmas Day, Agatha Christie is catapulted into the ranks of our greatest novelists, the writing team on EastEnders are suddenly on a par with Dickens, a Tolstoy period adaptation feels like an Austen, writ large.”

If this sounds like a blanket dismissal of UK drama, it’s not – but it’s beginning to look like only international coproduction money and ambition can lift the country’s homegrown drama into binge-worthy series that can play well in the US.

Peaky Blinders has, to an extent, proven that uniquely British subject matter can – given the budget, casting and swagger – translate to overseas markets (admittedly shielded from some of the heat of the ratings war by its presence on BBC2).

BBC1 must surely be hoping this is the case for the upcoming Tom Hardy eight-part miniseries Taboo (from Peaky Blinders creator Steven Knight) and Steve McQueen’s as-yet untitled drama about the lives of a group of black Britons from 1968 to 2014.

The news that Julie Walters is to star in a TV series based on her role in the surprise BBC Films hit Brooklyn also raises hopes that there will be more ambition for the genre at the corporation than relying on rehashing popular classics.