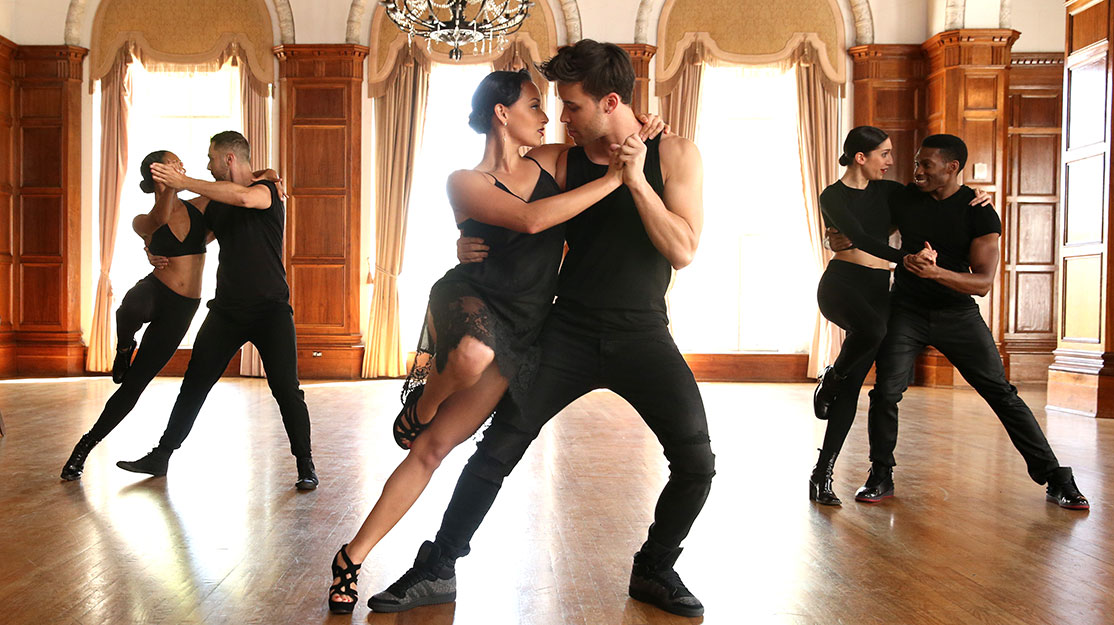 Now in its fourth season, East Los High broke new ground as it told the story of a group of students at high school. Producer Wise Entertainment shares seven facts about the half-hour series.

When it launched in 2013, East Los High broke new ground for its authentic storytelling and discussion of thought-provoking social issues.

Set against a backdrop of dance, romance and true-to-life characters, the half-hour series follows a group of teenagers navigating their final years at an East Lost Angeles high school.

It was created by Carlos Portugal and Kathleen Bedoya and is produced by Wise Entertainment. All four seasons have been picked up for distribution (excluding the US) by Dynamic Television.

1. It’s high school like you’ve never seen it. A Hulu original series, East Los High revolves around the lives of a group of teens navigating their final years at an urban high school in East LA. The school’s dance crew, the Bomb Squad, takes centre stage as the series tackles real-life issues in meaningful ways that are gritty yet sympathetic. Romance, nail-biting competition and complex yet relatable characters bring high-stakes drama that keeps viewers hooked and coming back for more.

2. It’s making history. East Los High was the first English-language show with an all-Latino cast, creators and writers, and was born out of the recognition that Latino audiences in the US are underserved and fatigued by their stereotypical representation in film and television. East Los High is now also the longest running original series on Hulu, consistently ranking as one of the platform’s top shows. The Los Angeles Times recently called East Los High “a TV unicorn in the broadcast marketplace” and Variety called it a “revolutionary show.”

3. It was created out of the box. Wise Entertainment, the production company behind East Los High, uses research and meaningful partnerships with an advisory committee of more than 25 non-profits to inform the development and production of the show. Connecting to the community and “on the ground” experts helps to keep a finger on the pulse of what is most important to the show’s audience, while working in tandem to create meaningful characters and stories. In fact, thanks to focus groups with teens in East LA after the table read of the pilot episode, the show’s producers decided to cast Gabriel Chavarria in the role of heartthrob Jacob instead of bad-boy character Abraham.

4. It spawned a whole new hashtag. Shortly after the season one premiere, fans created the hashtag #ELHAddicts which immediately started trending. The series, which reached 153 countries, is the most social show on Hulu with a passionate and highly engaged community of fans that exceeds 4.5 million people across social networks weekly. The show also has a robust transmedia experience on www.eastloshigh.com, including more than 100 pieces of extra content.

5. It’s award-winning. For its nuanced portrayal of Latino teens and the issues they face, East Los High has received critical acclaim, including five Emmy nominations, a Cannes Lion Entertainment Award, recognition as Adweek’s Hottest Webseries, and two Sentinel for Health Awards for serial drama. It was also a semi-finalist nominee in the People’s Choice Awards for favourite premium drama series and won a National Hispanic Media Coalition Impact Award for outstanding online series, among many other honours.

6. It has catapulted careers. The show has served as a launching pad for new Latino talent in Hollywood like Gabriel Chavarria (Jacob), who will appear in the upcoming feature film War of the Planet of the Apes, Tracy Perez (Vanessa) who can now be seen on FX’s The Strain and Alicia Marie Sixtos (Maya), who just landed a regular role in TNT’s Monsters of God.