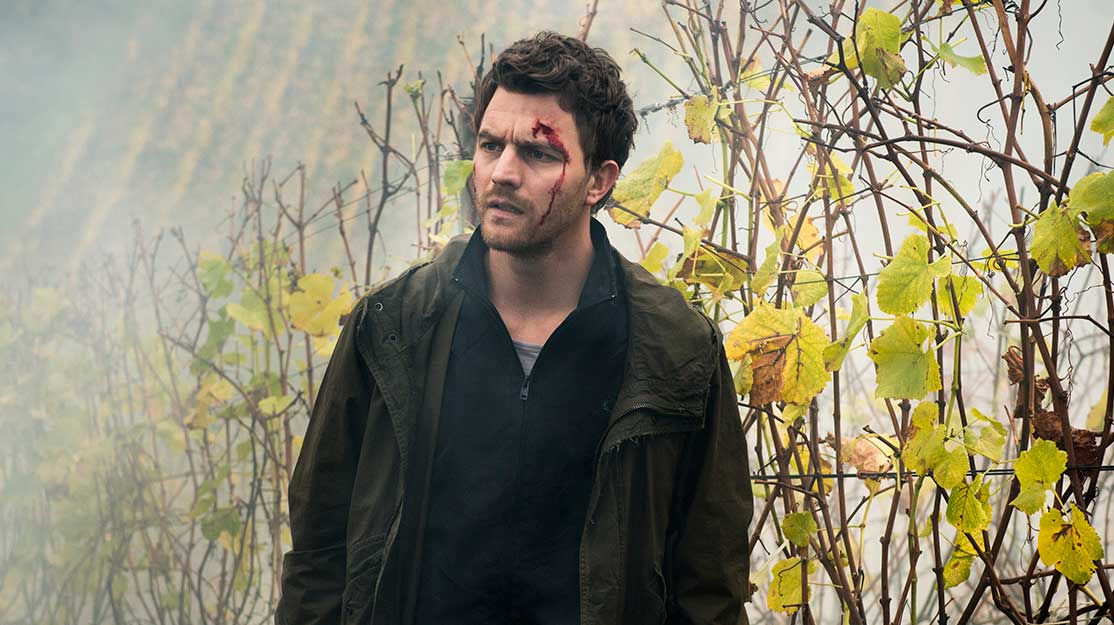 Jan Kromschröder, the producer of mystery drama The Valley – In the Mist of Silence, tells Michael Pickard why the series marks a watershed moment in German television.

As original drama production continues to ramp up in Germany, one new series is aiming to be the flagship for a modern way of storytelling.

The Valley – In the Mist of Silence (aka Weinberg) opens on a misty autumn day in a vineyard as a man wakes up near the body of a young woman, unable to remember his own name. He then stumbles into a nearby town and meets its inhabitants, who appear to harbour a dark secret.

It stars Friedrich Muecke, Antie Traue and Gudrun Landgrebe and is written by Jan Martin Scharf and Arne Nolting. Scharf directs with Till Franzen. Filmed in the vine valleys of southwestern Germany, it is produced by Bantry Bay Productions and Twenty Four 9 Films. Beta Film is distributing the series, which premieres this evening, internationally.

But beyond its intriguing storyline, what makes The Valley stand out is that it is only the second original drama commissioned by German pay TV network TNT Serie, following the success of comedy-drama Add a Friend, created by Sebastian Wehlings and Christian Lyra.

“Here in Germany, all drama producers produce a lot for the two state stations, which still offer a lot of timeslots and desperately need homegrown products, as they aren’t airing many US shows,” says Bantry Bay founder Jan Kromschröder. “TNT Serie started original production two years ago and now Fox is also producing a first series in 2016. Netflix hasn’t announced anything but is discussing projects with German producers. Our lives are changing with those new networks.

“We are also producing one show for ZDF, where the focus is on the ratings at the end of the day. But for TNT Serie, the shows are more of a marketing tool – so working for them was a totally new experience. We always have to compare our programmes with the UK and US, and here we were allowed to do something with a large cast and a story comprising six episodes, which for German shows is quite big.”

As is the case for most television markets outside the US, Germany has had an up-and-down relationship with American drama imports. The 1980s saw the arrival of series including Dynasty and Dallas; the 90s returned a homegrown focus; and the post-millennium era saw worldwide hits such as CSI, NCIS and House being picked up.

“All of those shows were really popular and private networks reduced their German drama production because bringing in a US show cost 10% to 15% of the cost of a German original, so in the beginning it was a cheap replacement,” Kromschröder recalls. “This is changing at the moment. There are not really popular shows coming in from the US. ProSiebenSat.1 aired House of Cards but it wasn’t a big success. Even Downton Abbey has been shown on ZDF, but either in the afternoon or after 23.00. The mood at the moment is very positive towards German production.”

Enter The Valley. Filming for the six-hour series began at the end of 2014 and continued in January and February this year – a period that provided the dark, foggy and icy conditions the production team wanted for the series, which was filmed entirely on location.

“For a six-part miniseries we don’t have enough money to build something in a studio so everything is produced on location,” Kromschröder explains. “It was important that we produced in winter. Normally I’m one of those typical German producers who flies to South Africa, where a lot of shows are being produced, because if you want to produce here from November to March, it’s simply too dark, rainy, snowy and icy. But those conditions fit the whole atmosphere and look we wanted to create for this show.”

He continues: “In Germany we do a lot of classical procedural crime and detective stories. There is crime involved in this, but it’s a very rural town, a place where you have the feeling that the residents are very bourgeois and normal, they go to school and to work. But they are very suppressed inside.

“Years ago, David Lynch produced the fantastic Twin Peaks. At that time I was still a journalist but I loved that series. Those characters could only live and survive in US shows, but now we are trying to invent those types of characters ourselves in a German style. That’s something that really intrigued us with The Valley.”

Though TV movies still make up a large part of the German television market – about 250 are produced every year – Kromschröder set up Bantry Bay to focus specifically on series. The Valley is the company’s first commission. It has also been commissioned by RTL-owned Vox to produce a 10-part adaptation of Spanish drama Polseres Vermelles, which was previously remade in the US as Red Band Society for Fox. It is due to launch in November.

“This was Vox’s first drama production ever,” the producer says. “US shows aren’t performing that well any more and there’s the feeling from networks that they can’t rely on those shows anymore. They have to be careful and develop homegrown content. The range is now bigger. We have public broadcasters that target a huge overall audience, free TV commercial stations that target a large audience of 14-49s and pay TV channels that are producing drama as a marketing tool.

“My focus at the moment is series but the focus of the industry is primetime series, long-neglected soaps and telenovelas.”

Kromschröder promises a conclusion to the end of The Valley’s first season, with talks already underway with TNT Serie about a follow-up within the same genre. And with the large number of other broadcasters now commissioning original content in Germany, Bantry Bay’s production slate could be about to boom.