Down with the kids

The TV industry is constantly being told that it is out of touch with the teen audience, which now spends so much of its leisure time snacking content on mobile or immersed in social media. So it was interesting to see which scripted shows came out on top at the Teen Choice Awards, a Fox TV event that invites teens to vote for their favourite stars and shows across a range of categories.

In the Best TV Drama category, the winner was Pretty Little Liars, with Castle, Empire, The Fosters, Grey’s Anatomy and Nashville named on the shortlist.

In the Breakout Show category, the winner was Empire, with Blackish, iZombie, Jane the Virgin and Younger also nominated (also on the latter shortlist was Becoming Us, an ABC Family reality show with a transgender theme).

So this week we’ve decided to give a shout-out to the writers and creators who seem to have their fingers on the teen pulse. 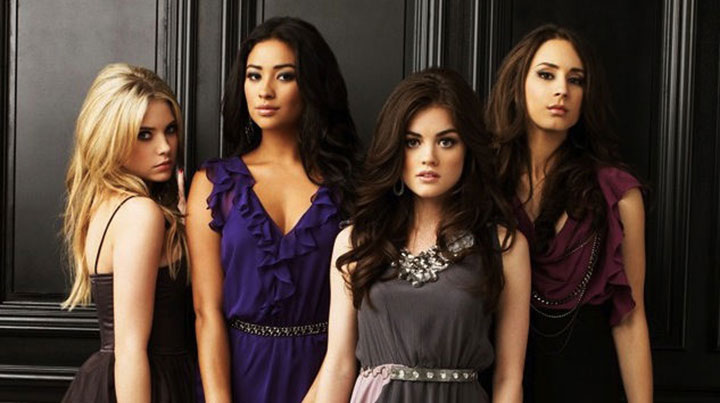 Pretty Little Liars
In previous columns we’ve commented on the huge social media following established by this ABC Family show, created by I Marlene King. King is already committed to two more series of PLL (which is based on books by Sara Shepard) and also made one series of a spin-off called Ravenswood.
Going forward, she has been signed up to adapt Danielle Vega horror novel The Merciless as a film. She is also developing another Shepard novel, The Perfectionists, as a TV series for ABC Family.

Castle
Castle is a crime drama that has been airing on ABC since 2009. Now up to 151 episodes, it was created by Andrew Marlowe and focuses on the love-hate relationship between a homicide detective and a mystery novelist. Marlowe cut his teeth on movies such as Air Force One, End of Days and Hollow Man and is now developing new ideas with ABC Studios. In 2014, the prime responsibility for Castle shifted to David Amann, whose own track record includes Three Rivers, Without a Trace, Crossing Jordan and The X-Files. Amann will not, however, be involved with season eight of Castle, with no news yet about his replacement as showrunner. 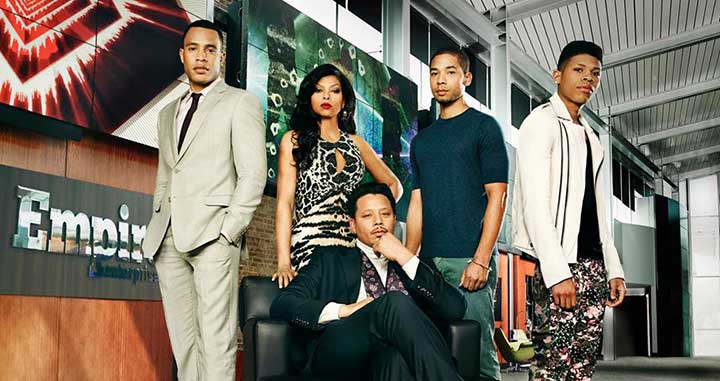 Empire
Empire is arguably the biggest breakout series of the last year. A Fox show that focuses on a hip-hop music business, it was created by Lee Daniels and Danny Strong. There was big news regarding Daniels this week, with reports that he is writing, directing and executive producing a new music drama pilot for Fox called Star.
Fox was impressed enough by Daniels’ idea to order a pilot based solely on his outline. Fox TV Group chairman and CEO Dana Walden said of Star: “Like Empire, it’s set against the backdrop of the music business but from a different perspective.” 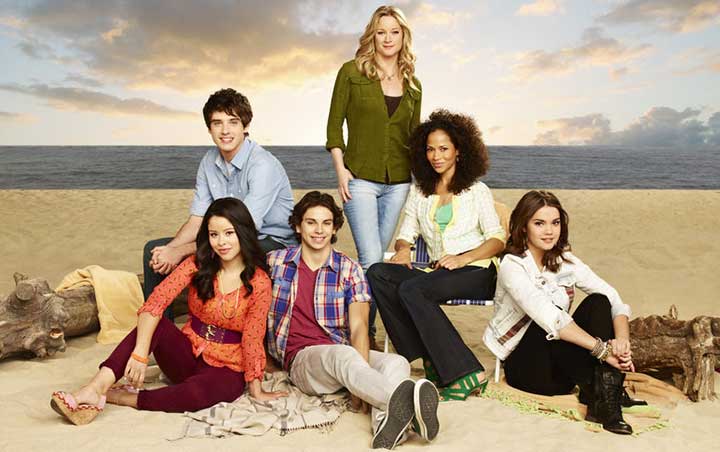 The Fosters
Another ABC Family show, The Fosters follows the lives of the Foster family, consisting of an interracial lesbian couple raising a blended family of biological, adopted and foster children. Now in its third run, it was created by Peter Paige and Bradley Bredeweg, who still write the opening and closing episodes of each season (the rest being penned by a large writing team).
Paige is actually better known as an actor, having appeared in series such as Queer As Folk, Will & Grace, Grey’s Anatomy and Bones. He and Bredeweg teamed up again as writers on Tut, the Spike miniseries, alongside fellow writer Michael Vickerman.

Nashville
ABC’s country music drama was created by Callie Khouri, who won an Academy Award in 1992 for the Thelma & Louise screenplay. Until Nashville, she mostly worked in movies, writing films such as Something to Talk About, Divine Secrets of the Ya-Ya Sisterhood and Mad Money.
Recently Khouri has shared responsibility for key episodes with Dee Johnson, whose many credits include Melrose Place, Commander in Chief and The Good Wife. She was also showrunner on season two of Boss.

Grey’s Anatomy
This long-running ABC series is the creation of Shonda Rhimes – click here for DQ’s in-depth look at the showrunner’s prodco ShondaLand. 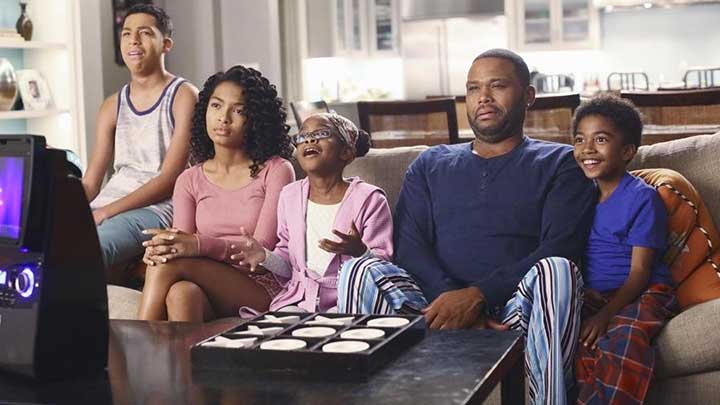 Black-ish
Blackish is a sitcom that centres on an upper-middle-class African-American family. Recently renewed for a second season, it was created by Kenya Barris, whose previous credits include The Game, I Hate My Teenage Daughter and Are We There Yet?.
Current projects in the works from Barris include the movie Barbershop 3 and an untitled ‘girl’s trip’ project for Universal that he will co-write with Tracy Oliver, his partner on Barbershop 3. 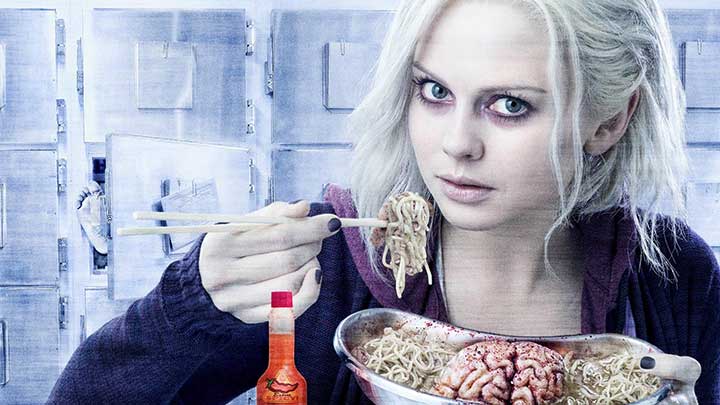 iZombie
This CW series was developed by Rob Thomas and Diane Ruggiero-Wright and is based on a comic book series of the same name. Thomas has been writing and creating series in the teen/young-adult space for two decades, with credits including Dawson’s Creek, Veronica Mars and 90210.
Ruggiero-Wright also worked on Veronica Mars and counts Dirty Sexy Money among her credits. iZombie recently secured a second-season pick-up.

Jane the Virgin
Jane the Virgin was created by Jennie Snyder Urman, whose recent credits include Emily Owens MD, 90210 and, a few years back, Gilmore Girls. 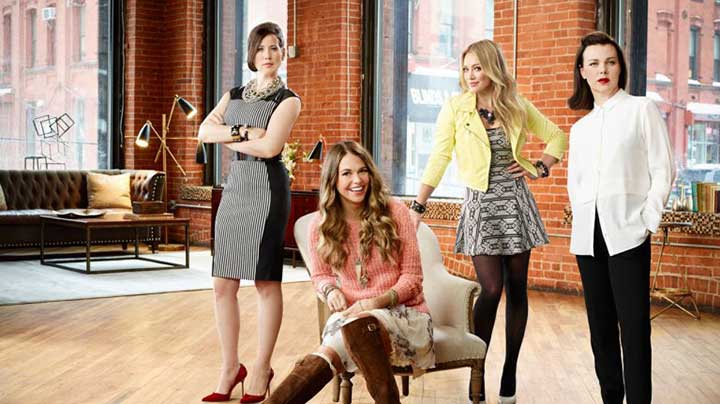 Younger
Younger is a TV Land series about a 40-year-old recently divorced mother who gets a makeover and passes herself off as a 26-year-old. Recently commissioned for a second season, it was created by Darren Star, whose credits include Melrose Place, Beverly Hills 90210 and Sex and the City – all of which he also created.

So what can we learn from the tastes of US teenagers? Well, the really inspiring thing to note is the emphatic support for diversity in this mix. Black showrunners, gay showrunners and feminist showrunners all appear in the above list, writing about the widest possible array of characters. The clear message is that US teens are running ahead of the curve in the pursuit of diversity and social equality.