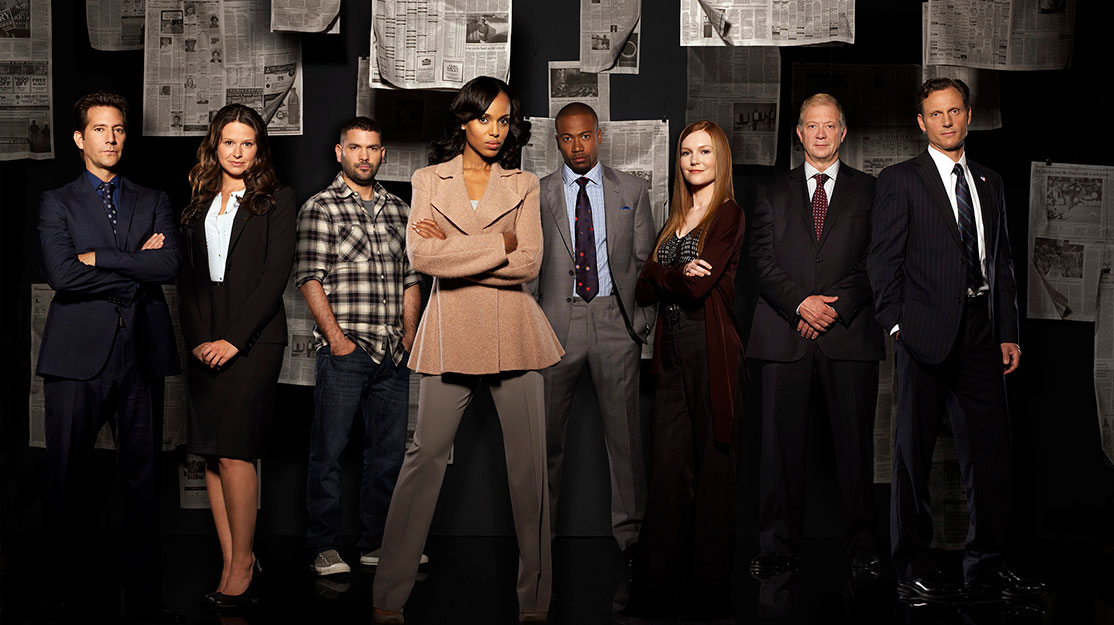 While visual effects tend to be thought of as the digital magic behind TV shows and films featuring futuristic worlds and alien invaders, in truth you’d be hard-pressed to find any dramatic series or movie that doesn’t rely on computer-generated imagery to create a seamless real-world environment.

If you’ve watched episodic television shows, such as Scandal, How to Get Away with Murder, Madam Secretary, Suits, El Chapo, The Catch or any one of dozens of dramatic TV series and movies, then you haven’t seen VFX Legion’s work – which we consider a testament to our LA studio’s mastery of its craft.

Digital effects play an essential role in the production of visual stories for every genre. Practical footage inherently presents numerous issues that only creative digital solutions can address, such as matching lighting, eliminating reflections and shadows, retouching, and removing rigs.

Dramas that unfold in the real world also go way beyond using visual effects for clean-ups and continuity, augmenting real-world footage with computer-generated photorealistic environments, set extensions, explosions, digitally populated scenes and other effects that would be impossible, impractical or too expensive to shoot on a set or on location.

The amount of photorealistic digital effects that stand in for practical footage has steadily increased over the years. Episodic television shows and films are tapping their potential to provide cost-effective alternatives to location shoots and ‘dynamic’ shots, as well as an economical means of expanding the physical boundaries of storylines.

Studios with the ability to create computer-generated imagery that’s indistinguishable from practical footage, and the experience needed to meet the challenge of short deadlines while optimising budgets, are seeing an uptick in the quantity and complexity of work for content that is rooted in reality.

ABC’s Scandal, a political thriller created by Shonda Rhimes that recently concluded after seven seasons, is one example of a dramatic show that evolved the role of digital effects in its production. Filmed in LA but set in Washington DC, the series was an ideal candidate for the meticulously detailed environments that our studio specialises in producing.

Rhimes’ production company Shondaland contacted us during the fifth season when it was clear that the weekly episodic television show’s tight production schedule demanded more visual effects. Legion had earned a reputation as a company with a cost-effective approach to creating complex, quality effects for high-profile TV series, handling large shot counts and dealing with last-minute revisions and tight budgets, while hitting daunting deadlines with time to spare.

Legion handled every facet of the visual effects process for Scandal’s last 50 episodes. As creative director and senior VFX supervisor, I worked closely with our management team, guiding our end-to-end process from pre-production meetings, establishing shot lists, developing concepts, scheduling and budgeting to shot design, on-set supervision and supervising our artists through each stage of the production process.

One of the most challenging computer-generated sequences created for Scandal was the replication of the White House’s Truman Balcony. We were provided with some existing assets, which we saw for the first time, and tasked with delivering 60 shots a week later, along with elevating the quality of the show’s visual effects.

It’s not unusual for us to receive upwards of 100 shots in a week and turn them around in five to seven days. We customised a sophisticated pipeline tailored to Scandal’s production and broke down our collective of artists into teams based on their areas of expertise, creating the efficient workforce and fluid workflow needed to keep up with the show’s fast-paced schedule.

The initial shots of this second-floor portico faced the East Lawn and Washington Monument. The rest of the set was built on a stage and didn’t require any visual effects. However, after we developed our 3D model of the White House, cameras were moved into new angles to capture a wide shot of the iconic building and reveal the never-before-seen first-floor portico. Legion expanded on the original effects with new shots of views created digitally from various vantage points that provided the director of photography with the assets he required.

By season six, we had established a close working relationship with Scandal’s production team and were given access to the full scope of information needed to contain the budget. This ‘big picture’ perspective enabled us to apply a broader range of technical solutions and suggest alternatives, such as limiting practical shots of views that might be prohibitively expensive, or proposing digital effects that could provide a more cost-effective approach to achieving their end.

Our on-set team, Matt Lynn, Legion’s VFX supervisor, and on-set coordinator Matt Noren, were at the shoot communicating with the camera crew, scenic department, the DOP and the director, ensuring that we had all of the data needed to produce visual effects that aligned with the production specs and seamlessly matched the live-action footage.

Visual effects sequences were created both on sets and at the studio. Some exteriors, such as the Lafayette Park set extension, were shot at a local college where we set up huge green screens, which we later replaced with computer-generated images.

While Scandal isn’t set in a radical dystopian future, Legion’s crafting of digital environments with the accuracy and realism of live footage presented its own set of complex challenges. Any variations from the real world are so subtle that viewers assume the show was shot entirely in DC and the surrounding area. Actually, the LA-based cast of Scandal made only a handful of outings to film in the nation’s capital over the three seasons when VFX Legion handled the show’s visual effects, which was a significant reduction over previous years. The majority of the series relied on digital effects that transported the live action to virtual DC environments.

Although we don’t always want to reveal the magic behind the scenes, sometimes it’s fun for the Great Oz to poke his head out from behind the curtain and say hello.