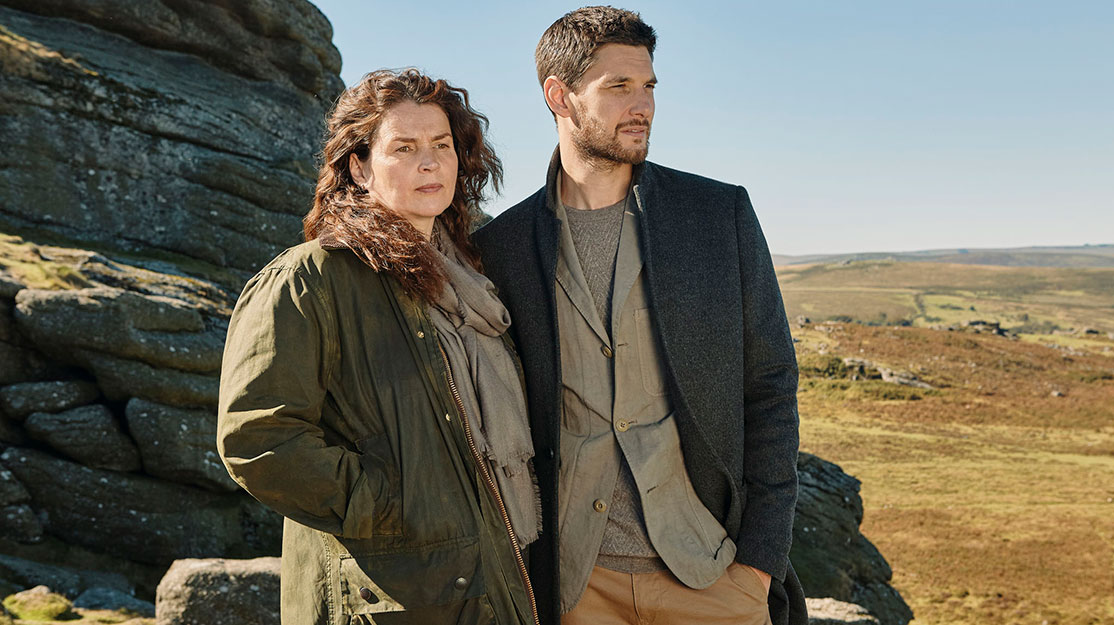 Westworld and The Punisher star Ben Barnes opens up about the conundrum at the heart of BBC domestic noir Gold Digger, in which he plays a young man embarking on a relationship with an older woman.

When Julia draws the attention of Benjamin during a visit to the British Museum, it could be the start of a blossoming romance. But thanks to the title of this BBC1 drama – Gold Digger – suspicions are immediately heightened as to the true intentions of this mysterious, 30-something man towards his 60-year-old love interest.

The actor highlights a scene in episode one, when Julia buys Benjamin a watch, as an example of the conundrum running through the series, which is produced by Mainstreet Pictures and distributed by ITV Studios Global Entertainment. “You might feel very suspicious of that moment, but would you have felt suspicious if the show had been called ‘True Love?’” he asks.

“If the show had been called something else, you would feel differently about it. Then, as we move through the show, you realise it’s not even about the behaviours of these people necessarily. It’s about the way you’re watching it and the judgements you’re making and aspersions you’re casting all the way along, because of what you’ve been told the story is and then because of how the characters start to behave as you go as you along.”

Written by Marnie Dickens (Thirteen), Gold Digger is the story of one woman who falls in love with a much younger man and how their relationship affects her already damaged family. Divorced and with three adult children, Julia (Julia Ormond) is turning 60, feeling increasingly adrift and unsure of her place in the world.

Her romance with Benjamin changes everything. Julia revels in her second chance at love, despite the scepticism of her children (Sebastian Armesto, Jemima Rooper and Archie Renaux) and her ex-husband (Alex Jennings), who all believe Benjamin has an ulterior motive.

The events that follow promise to keep viewers hooked as to the true intentions of Benjamin, while a dark secret in Julia’s family threatens to be exposed.

Notably, Dickens has reversed the common age-gap dynamic, with film and television more commonly showing older men with younger women. By flipping the script, she sought to create a debate about why an older woman being with a younger man is still considered taboo.

Talking to DQ at the Monte Carlo TV Festival, Barnes agrees there are still prejudices against relationships with significant age differences: “You see a man and a woman together in the street and, if the man is older and the woman is younger, you think, ‘Oh, I wonder if that’s his daughter or if they’re in a relationship.’ But if you see an older lady with a younger man and people often think, ‘Oh, I wonder what’s going on there,’ and it piques your curiosity in a different way.

“From the very first page [of the script], this is about a very specific moment in a woman’s life. She’s 60 – it’s her birthday and everyone’s forgotten. Her kids are grown up, divorce is behind her and she’s got a choice of paths ahead of her. Some people relating to Julia will think, ‘Life is short. Go for it.’ Some people will be thinking, ‘Be careful with your heart, look after yourself.’ So I think it will be impossible for to any two people to watch this show in the same way. It’s such a privilege as an actor to tell a story like that and play a character like that.”

At the heart of this domestic noir is Julia, whose new relationship with Benjamin is the catalyst for her family to face up to some haunting events in their past. It also provokes her children to look at their mother in a new way.

Benjamin, meanwhile, is presented from a variety of perspectives, through the eyes of Julia’s children, her ex-husband and Julia herself.

“She has these children who are extremely suspicious of my character and an ex-husband who thinks I’m nefarious, and then she starts to doubt [the relationship] because other people are doubting it, and my behaviour is also somewhat unpredictable as you go through the story,” Barnes explains.

“In the end, the most interesting thing to me about this story is it’s not even about those characters anymore, it’s about you watching it. Why am I placing judgements on these characters? Why am I empathising with this character? What is it about what they’ve told me and what I’ve been presented with that is causing me to have doubts or not have faith in these people’s humanity? When I first read it, I was like, ‘This could be interesting.’”

Barnes says he and Ormond (Sabrina, Mad Men), who is making her British television debut in Gold Digger, shared a chemistry from the moment they first met in the airport as they made their way to London from their respective LA homes for the initial readthrough.

However, the ending to the story turned out to be different from what was originally planned. “I was involved with that discussion,” he reveals. “I never said what I thought the ending should be or anything like that, I just said I really feel like the ending could reflect what we’ve just seen a bit more. Marnie and I had some really nice chats before we started shooting and I was discussing what I thought was great about it, which was this idea of the protagonist becoming the person watching, and it deserves an ending that underlines that.”

Barnes’ big-screen break came playing the title character in 2008 movie The Chronicles of Narnia: Prince Caspian, before he went on to star in Dorian Gray, Seventh Son and The Big Wedding. More recently, he has turned to television, starring as Logan in HBO’s sci-fi drama Westworld and as Billy Russo in Netflix’s short-lived Marvel series The Punisher.

Gold Digger, however, offered him the chance to escape the genre trappings of those series and play a character more similar to himself. “This character sounds like me, he tries to be honest with people in a way I do and he uses charm in a way that is not dissimilar from myself,” the actor says.

“It slowly dawned on me that I’d just accepted a part where every single moment for six episodes has to be completely ambiguous from more than one direction. But you can’t just play ambiguity; you have to play specific. You have to play the truth of what you believe this person to be, but you can’t give any games away because you need there to be tension.

“That was quite daunting in a way. Marvel and HBO take that away from you because they don’t give you the next episode, so you don’t feel a responsibility for looking after the themes of the story or the character’s arc. That’s not your job. Your job is to play moments in those shows, whereas in this I felt like I had a responsibility to the story as a whole and why it was worth telling.”

With Barnes having lived outside the UK for the past six years, Gold Digger also afforded him the chance to reconnect with the sights and sounds of London.

“It was kind of interesting to be shooting in places I know – a lot of it was Devon, which I don’t know very well, but some of it was [in London at] the British Museum or Leicester Square, Piccadilly Circus and Seven Dials where I have so many memories,” Barnes adds. “It enthuses you in a different way. I really enjoyed it and I’m really curious to see what the reception of it will be.”