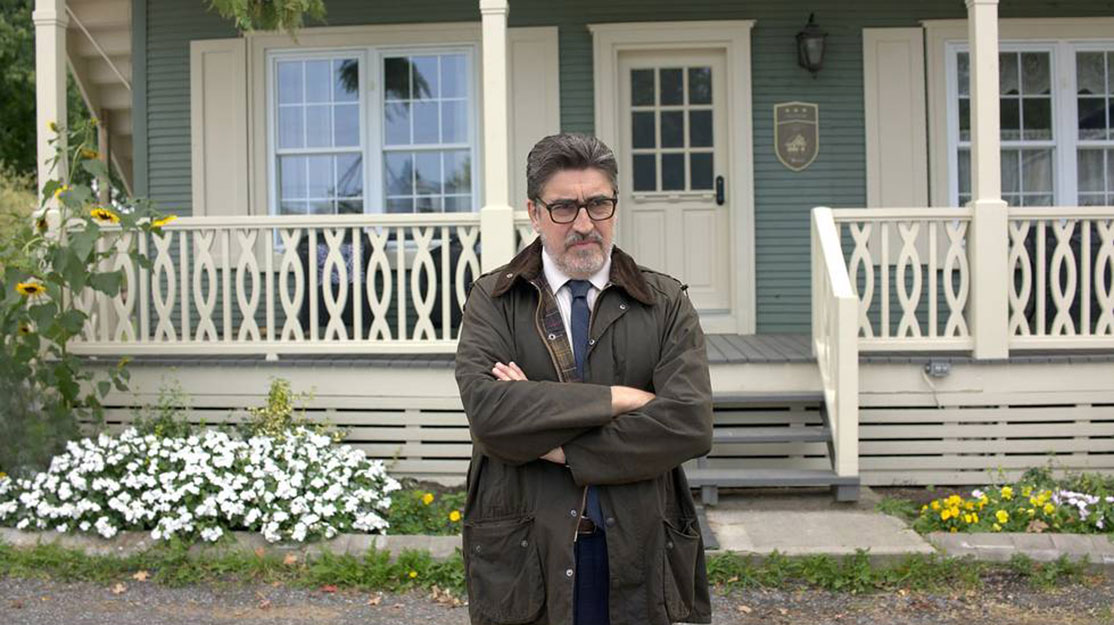 Deer in the spotlight

Tracey Deer tells DQ how she juggled her directing duties on Prime Video crime drama Three Pines with her role as Indigenous consultant on the Canadian series, and explains how Indigenous stories are finding new audiences.

Across a 20-year career in film and TV, Tracey Deer has sought to tell authentic stories rooted in Canada’s Indigenous community. A writer and director, Deer grew up in the Mohawk community of Kahnawake and has used her background to inspire a slate of movies, documentaries and series that reflect the people and the issues closest to her.

Her early work included a documentary called Mohawk Girls, which later inspired an award-winning comedy-drama of the same name about three friends living in Kahnawake, a First Nations community located south of Montreal in Quebec. She has also worked as a writer and producer on family period drama Anne with an E, and directed episodes of crime series Hudson & Rex and comedy Rutherford Falls. Her debut feature film, Beans, which was released in 2020, is based on true events concerning a stand-off between two Mohawk communities and the government in 1990.

Now, for her latest project, Deer has joined the directing roster of Three Pines, a Prime Video series based on Louise Penny’s novels about Chief Inspector Armand Gamache. Filmed in Montreal and Quebec, the show stars Alfred Molina as Gamache, who is called upon to investigate a spate of murders in the seemingly idyllic village of Three Pines, where he must uncover long-buried secrets and face up to a few ghosts from his own past.

Deer’s duties extended beyond just directing, however, as she also worked on the project as an Indigenous consultant alongside Katsitsionni Melissa Fox, with social justice organisation llumiNative providing support.

With Three Pines’ debut season telling a story set within the Indigenous community, Deer says the chance to work on a show that would put First Nation issues and storylines in front of a global audience was “incredibly exciting.”

“All of my work has been about wanting to build those bridges and give my people what we so long have been denied, which is proper representation and the ability to see characters and situations that we relate to and that we feel represent us,” she tells DQ. “As a little girl growing up, whenever I would see Indigenous representation on the small or big screen, it was often from hundreds of years ago, but buckskin and feathers is not something that exists in my reality. To be involved in a project that is reshaping what our medium looks like was very exciting.”

The eight-part drama is split into four different crime stories that are each set over two episodes, with each story taking place in a different season of the year. But throughout S1, there’s a wider investigation that involves Gamache exploring issues relating to the local Indigenous community.

“It’s about a missing girl and her boyfriend, and everything explored in the Indigenous storyline with the Indigenous characters is very much drawn from real life,” explains Deer of the longer story arc, which reflects the large number of Indigenous people among missing persons in Canada. “That’s why they [the producers] really wanted to get it right, which is fantastic. It’s not historical; this is what our communities are dealing with today, so it’s very raw and difficult. We worked really hard to tackle these issues with sensitivity and awareness for both the non-Indigenous audience, who are going to be maybe finding out about these things for the first time, and our Indigenous audience.”

Coming in to direct episode a pair of episodes, Deer found she was given creative freedom to make the quirky, offbeat world of Three Pines her own. She talked with Donovan and Grou about the overall visual framework for the series and creating a sense of mystery around the titular town.

Deer was able to visit the set while Donovan shot the first two episodes, watching his early rushes to get the flavour of the series. Then she began working with DP Ronald Plante on bringing her own style to her episodes, which delve into a storyline inspired by real-world atrocities in Indigenous residential schools.

“Because we’re really exposing a horror of real life, we leaned into that for our episodes,” Deer says. “Some of the scenes we had to do were very difficult, so we had to handle that with sensitivity across the board. Everyone brought their heart to set and we all knew we were doing something greater than just entertaining people. We were sharing with the world a really important story that has been hidden for far too long. Going on that journey with the whole team and being able to collaborate with the actors, to bring that heart to screen, was really incredible for me.”

Deer also worked with di Girolamo on the show’s story, building on the writer’s research and bringing additional authenticity to those ideas.

Her role as an Indigenous consultant is “all consuming,” she says. “Details matter, and I’m coming at it from a director’s point of view. So as we were looking at scripts, it was about zeroing in on story, bringing specificity and layering the characters.”

She praises Three Pines for not just featuring a single Indigenous character but including a big cast of Indigenous actors to more widely reflect the show’s fictional Mohawk community. “When we were dealing with the script, it was about making sure these characters weren’t just used in service to the plot, but that they had their own arc,” she explains. “Then once we got into production, it was about working with each department to let them know what they might not have known.”

But while Deer was looking to raise awareness about things that don’t work or don’t ring true, the other side of her job was to provide solutions to keep the production moving forward.

“That’s the key part of being a consultant,” she says. “Yes, raise flags, but then also give the solutions, and that came down to every department. For instance, if [characters] were going to be in traditional clothing, it was important that traditional clothing was made by Indigenous people and not just replicated by our non-Indigenous film team. Any jewellery that was being worn, it shouldn’t just look the way Indigenous jewellery looks – it has to have been made by Indigenous artisans.”

Deer also acted as an intermediary with the Indigenous cast, providing a safe space for them to ask questions or raise any issues. “On our very difficult days, when we were dealing with very sensitive material and when we had Indigenous extras in to populate those scenes, we also had an Indigenous social worker who came and started the day with the traditional opening address to set us up for the day,” she says.

Three Pines is now part of a growing slate of series – from FX’s Reservation Dogs and Peacock’s Rutherford Falls in the US to Deer’s own Mohawk Girls and Beans, Jeff Barnaby’s horror feature Blood Quantum and Danis Goulet’s dystopian Night Raiders – that are putting Indigenous characters, themes and issues in the spotlight.

“It’s a really exciting time,” Deer says. At the beginning of her career, her work was supported in Canada by the Aboriginal Peoples Television Network, which champions content created by Indigenous people for Indigenous people. But now those stories and their creators’ voices are also being amplified around the world, far beyond their own communities, with Prime Video sending Three Pines into Canada, the US, the UK, Ireland, Australia, Denmark, Finland, Greenland, New Zealand, Norway, Sweden and the Netherlands when it launches this Friday.

“Until the wider world starts seeing and hearing and understanding us, things won’t get better for us,” Deer says. “We need other people to be doing the work to change society – it can’t just be on us. It’s been frustrating over the years to work for gatekeepers, for decision makers, who don’t see the value of what we have to offer, to now being at a point where we are being sought out and courted. I love that the world is now seeing the value in the stories we have to bring. You don’t need to be Indigenous to come into our world and experience it, enjoy yourself and learn and grow.”

The filmmaker credits this shift in attitude to the arrival of streaming platforms that aren’t afraid to champion niche, specific stories. She also says a global reckoning in the TV industry has opened doors to underrepresented voices around the world.

“We’ve been able to look at content that was made not that long ago through a critical lens and go, ‘Oh, look at that one perspective and look at how flawed that is,’ because it was a room filled with people from the same point of view, and then it was made by the people with the same point of view,” she says. “It’s lacking depth and sometimes it’s actually quite offensive.

“Myself and my colleagues have been putting out our work and we’re now at a level where we’re playing with all the big kids. We’ve been able to show what they’ve been missing, what everyone’s been missing, and opened everyone’s eyes. And now they’ve come calling.”