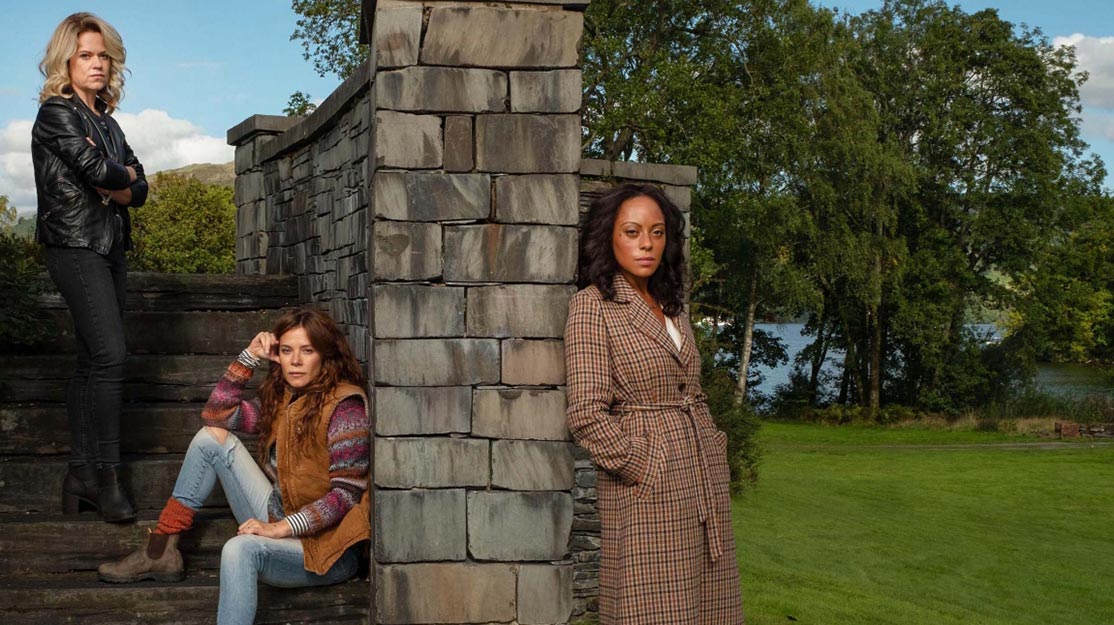 Anna Friel, Sinead Keenan and Rosalind Eleazar star in ITV’s emotional thriller Deep Water. Writer Anna Symon introduces the series, produced by Kudos and distributed by Endemol Shine International, and discusses a key scene in the first episode that lays the groundwork for events to come.

Deep Water tells the story of three ordinary mothers who each go on an extraordinary, emotionally compelling journey. Told through a female lens, it places modern women and their needs and desires at the centre of the drama.

The series is based on two books by Paula Daly: Just What Kind of Mother Are You? and The Mistake I Made. So often in TV drama, the family, and the home in particular, are a place of safety and retreat from where the real story is going on, be it a police investigation, the world of intelligence or a business setting. But in these books, as in most of our real lives, the highest stakes surround the families themselves. The question each woman is being asked throughout the series is: how far would she go to protect her family? It’s a question that, to me, feels highly relatable but also surprisingly under-examined in TV drama.

Paula was born and bred in the Lake District, and when you read her page-turning novels, you really feel you’re being taken to Lake Windermere by someone who understands it from the inside out. By placing our women in this beautiful but, at times, harsh landscape, we hope to have further added to the epic scale of their stories – even if that meant filming the show was often hindered by rain, hail and snow.

Just What Kind of Mother Are You? tells the story of two mothers, Lisa and Kate, while The Mistake I Made is about Roz. In developing the series, I put all three characters in the same world by placing all their younger children in the same class at school. It’s quite a departure from the books, but I have kept the brilliant characters Paula invented and her very authentic vision of the Lake Windermere and the surrounding villages.

One line from Paula’s books that really struck me is: ‘The Lakes have always been littered with two extremes of women – the ones who never work and the ones who never stop.’ That class divide in the Lakes is one of the key themes of the series. Kate (played by Rosalind Eleazar) is one of the women who doesn’t work, whose family own lots of property in the Lake District.

Lisa (Anna Friel) runs the local kennels, so her life is about servicing the moneyed class who leave their dogs with her while they go on holiday. Her husband is a taxi driver, so he’s also in the service industry. Together, they’re busy parents who both work really long hours. In other words, they are very different from Kate, although we soon discover she has real challenges of her own. Roz (Sinead Keenan), a physiotherapist, is in serious financial trouble, so she is also working every hour she can to make ends meet.

In the first episode, Kate invites Lisa and her husband round for dinner. There is already an uncomfortable undercurrent to the invitation because Kate has accused Lisa’s 10-year-old son of bullying her own boy. Intimidated and wanting to please, Lisa accepts the invite. As soon as she and her husband arrive, Lisa gets whisked into the kitchen by Kate. Kate’s sister Alexa is also there, who’s as polished and impressive as Kate – at least in Lisa’s eyes.

Lisa soon feels completely out of her depth, amazed that Alexa can afford to send her four children to boarding school. A very awkward conversation ensues between the three women about how they bring up their kids. It’s the sort of conversation to which many of us have been party in one form or another. As women, we often compare and judge each other’s choices, at least in my experience.

This is a pivotal scene because it’s about who has money, who doesn’t, who works, who doesn’t and how that impacts on your family. As the evening progresses, the scene moves to the dinner table.

Here, Kate and her sister argue about whether you should stay together for the sake of your children if your marriage is in trouble. Kate storms out, and there’s a sense that something very strange has happened in her life. It’s the first clue we give the audience for them to try to work out what has happened to Kate in her past, and what secrets there are within her household.

At the same time, we notice Lisa starts to flirt gently with Adam, Kate’s brother-in-law, and this leads to a major transgression. This kicks off one of our main storylines, examining female desire.

Overall, in this scene, I’m laying down all the themes that are going to emerge throughout the series: class, marriage, parenting and sex, all told through a female lens.