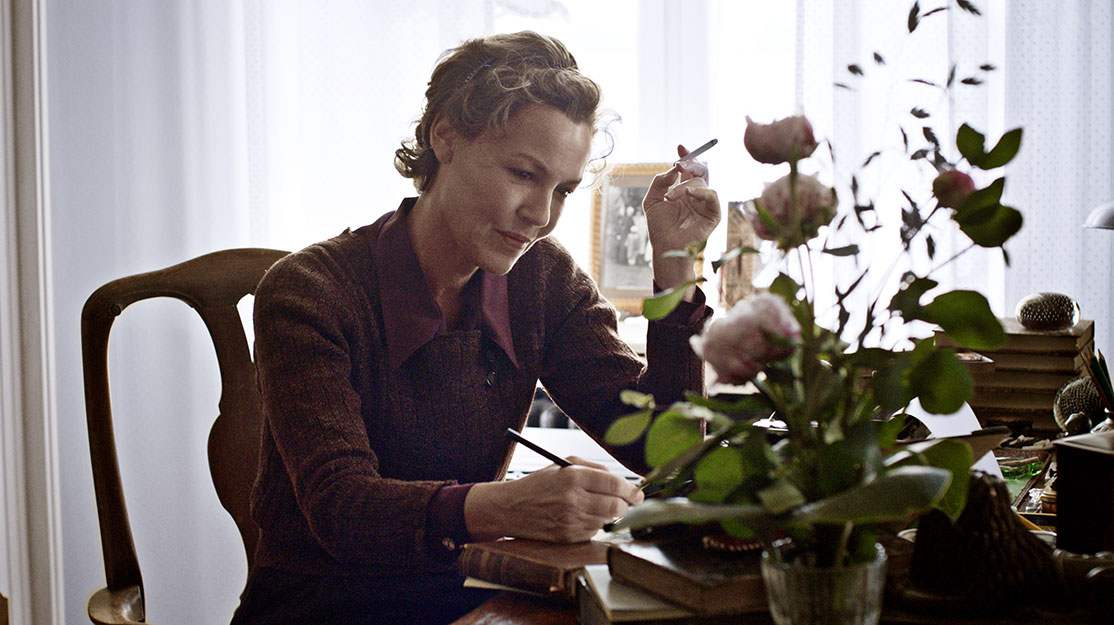 Star Connie Nielsen and writer Dunja Gry Jensen reveal why they were drawn to dramatise the life of Out of Africa author Karen Blixen for Danish drama The Dreamer – Becoming Karen Blixen.

Labels such as ‘icon’ and ‘genius’ can often be handed out without true merit. But when it comes to Danish writer Karen Blixen, actor Connie Nielsen and writer Dunja Gry Jensen are in no doubt that those terms are absolutely appropriate.

Blixen is most famous for her memoir Out of Africa, which charted her life in Kenya from 1914 to 1931 and later inspired the Meryl Streep and Robert Redford film of the same name. She also wrote fiction titles including Seven Gothic Tales and Winter’s Tales.

But it is the period of her life before she became an author that most interests Nielsen and Jensen – so much so that the pair are now behind a six-part series set in the 1930s that explores how Blixen overcame unbelievable and seemingly insurmountable odds when she was forced to return to her childhood home in Denmark from Kenya.

Penniless, sick, divorced and with her dreams in ruins, Drømmeren – Karen Blixen bliver til (The Dreamer – Becoming Karen Blixen) shows her journey from her lowest ebb to becoming a world-renowned writer, featuring visualisations of her thoughts and the magical universe of her stories as well as flashbacks to her years in East Africa.

“She’s a genius and not only is she a genius, people agree she’s a genius,” Jensen tells DQ. “How many women are allowed to be geniuses? Only very few, so she’s very special in that sense.”

Nielsen (Gladiator, Wonder Woman, Close to Me) was first struck by the idea of making a series about Blixen when she spotted one of the writer’s paintings in a museum and learned how she did not become a writer until she returned to Denmark, where she lived under the watchful gaze of her formidable mother – and more formidable aunt. The actor then pitched the idea to series producer Karoline Leth (Avingerne) and was asked to write a concept outline.

“To me, what was most important was that we were going to show the artist creating their art,” Nielsen says. “The actual mechanism of that creative art is something we see all too rarely in films about artists, where we only see their private lives, especially female artists, where it’s the body, the love and the sex that matters. It was important to me we show the mind and the art and the heart of that artist and how it works.”

Nielsen and Leth, who worked together on Africa-set Liberty, then brought Jensen (Norskov) in to create and write the series. “She brought an extraordinary capacity of organising all of these insane things this woman was, but to me one of the most important things I see in the series is the way she’s made this family come alive,” Nielsen says.

“Then, as an actress, I’m on my knees in gratitude that she decided I was going to have to play Karen, making me do a stretch of 30 years in this one series and having to physically go from being very sick and skinny and my face cratered, to having to put weight and muscle back on and become an idealised version of herself. That’s all Gry.”

When Jensen joined the project, the creatives were all clear in their ambition that The Dreamer shouldn’t merely be a factual biopic of a period in Blixen’s life.

“It’s not about the facts,” the writer says. “We know the facts but we wanted to make an interpretation [of her], and in finding that interpretation, we talked a lot about Karen Blixen’s spirit and her ambition, her sense of beauty and her sense of making everything almost miraculous. That kind of vision came into the project from the beginning and in the way everyone worked – the production designer, the costume designer, the director, the photographer. Every little detail has to be special because that’s how Karen perceived life and that’s also what made it hard for her to live, because nothing was coincidental. Everything had meaning.”

Nielsen likens “adventurous” Blixen’s return home to Denmark to entering a prison, imprisoned by the place she called home and then held captive by her ill health.

“In a way, what we are showing is this moment of growth and adventure for her that becomes almost the adventure of her life,” she says. “It’s like, yeah, she did go to Africa but it was when she revisited Africa in her mind that Africa really took on meaning. It was then when she became a writer that her life took on meaning.

“The title, The Dreamer, is obviously about her being able to create from her imagination and dream both in her fiction and her real life. When her life was fenced in, she would compensate in dreaming,” Jensen adds.

The writer admits she was initially ambivalent about the project when she was first asked to join The Dreamer, wondering how she would construct six hours of drama about Blixen’s life. In hindsight, she had no reason to worry.

“The drama comes from her inner life and her family relations, because that’s the community that is part of her,” Jensen says. “She’s very connected to her family in good and bad ways. They’re both her helpers and her opponents.”

“Her most formidable opponents, in a way, are her family,” Nielsen says. “We were so lucky we had access to her letters, where we had access to a family culture Gry mines so well in these set pieces.”

Nielsen had previously worked with Christensen on 2004 film Brothers, about two siblings who must face up to changing roles and shifting family dynamics when one is sent to war in Afghanistan, and particularly remembers her “infectious” sense of humour, which was also present on the set of The Dreamer.

“I remembered her so strongly so when she came in to read with me to play Karen’s sister, I was afraid I was going to laugh,” she says. “There were some times when we were filming our scenes where I could see that look in her eye and I just thought, ‘Don’t make me laugh.’

“Then Joachim, who plays my brother, was a discovery for me. From that first reading with him, I was bathing in this gentle warmth that he has and he, too, is a wickedly funny person. Then they brought in these two veteran Danish actors to play the mother and aunt, and I think for women past 70, there are so rarely good roles.”

As an executive producer, Nielsen’s role went beyond starring in the series, but she says there had to be a very clear division of her roles. “Gry was in the driving seat,” she admits, adding that she was struggling with her wish to defend Blixen from books and films she feels have previously misrepresented the author.

“I just wanted to defend her. But Gry was also adamant we had to show the less desirable pieces [of Blixen’s character] and as an actor, that’s very important to me. I need to show a real person, I don’t want to show a hero. I want to show a real human struggling with humanity. I think it was a great balance.”

Despite Jensen’s earlier fears there wouldn’t be enough material to fill six episodes of drama, the opposite turned out to be true, as some material had to be cut because there wasn’t room to show everything they had initially intended to portray. After making its world premiere at French television festival Canneseries earlier this year, The Dreamer will now launch on Viaplay this autumn.

“The drama is about how to stand up for yourself, even if you’re the only one who believes something, even among your loved ones,” Jensen says. “How can you hold on to what you truly believe?

“I feel also there’s the inner drama of the big ‘you’ and the small ‘you’ – the grandiose, master of the world and on the other hand the suicidal, wounded girl. More or less we all have to deal with that drama on a daily basis. It’s incredibly relevant.”