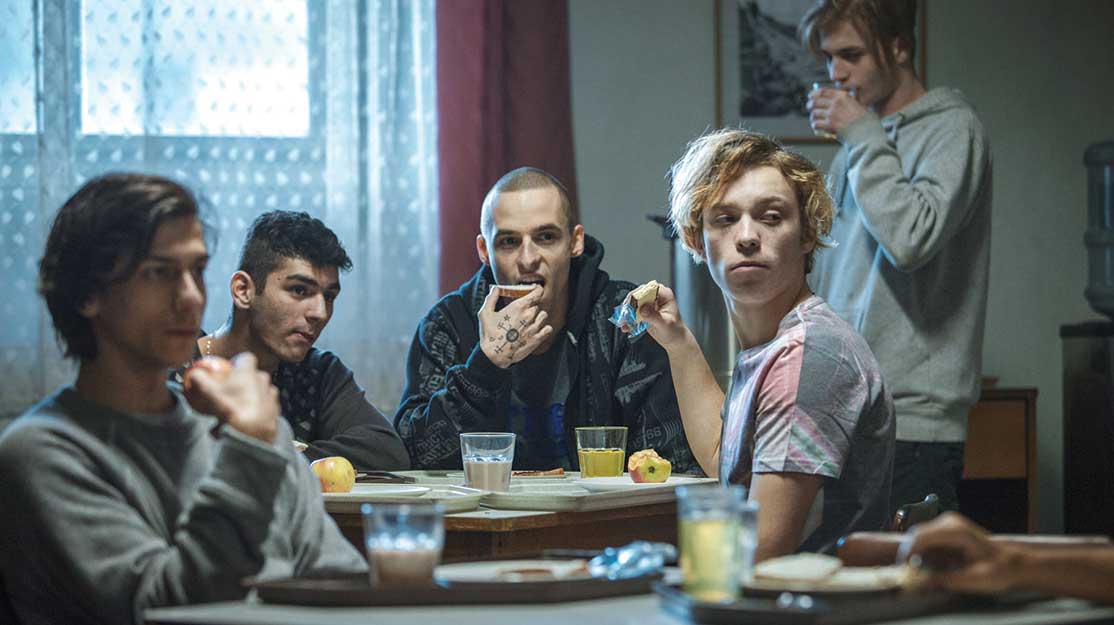 Štěpán Hulík is hoping to repeat the international success of Burning Bush with his next project, Czech drama Pustina. He tells DQ what drew him to the story of a mining village on the verge of extinction.

In 2013, HBO Europe’s compelling miniseries Burning Bush received critical acclaim for the way it dramatised the true story of Prague history student Jan Palace, who set himself on fire in 1969 in protest against the Soviet occupation of Czechoslovakia.

Helmed by Polish director Agnieszka Holland and scripted by Czech writer Štěpán Hulík, the three-part miniseries was the centrepiece of the pay TV network’s push into original series.

Three years on, HBO Europe has reteamed with Hulík for Pustina (aka Wasteland), an eight-part drama set in the Czech Republic that focuses on a mining village on the verge of extinction.

With the village sitting on huge reserves of coal, foreign mining interests plan to acquire it, remove its population and their homes and establish a soulless mining complex. The villagers are divided: some see it as an opportunity for a new life elsewhere, while others want to preserve their homes – and traditional life and the community start to fall apart.

Directed by Ivan Zacharias and Alice Nellis, the series, which launched last month, is produced by Nutprodukce and Etamp, which also made Burning Bush for HBO Europe. Beta Film is distributing the series, which was screened in its entirety at the Toronto International Film Festival earlier this year.

The story, which opens with the search for a missing girl, first emerged with the help of producer Tomas Hruby, who conceived the plot of a community under threat.

“This idea was very appealing to me,” Hulík admits, “so I started to think about it and develop it further. That was the beginning of the process. We were just figuring out what the story was, making up ideas. I was trying to write a script. This process lasted for two years – it was very complicated.

“With Burning Bush, we had set the bar for ourselves quite high and we didn’t want to make anything smaller than that show. We wanted to achieve something as appealing to the audience and as powerful and strong as Burning Bush. So it was difficult but it was also great motivation.”

The writer admits his latest series has a complex opening, with viewers quickly introduced to different elements of the story and a large ensemble cast. “The most difficult thing when writing TV series is to keep in mind all the sub-plots, all the characters. We have 100 speaking parts in the series so it’s very difficult to keep a map of the story in mind. To know where the key points are and to follow them is quite difficult.

“It’s much easier when writing a feature, where you have just a couple of main characters and your basic storyline is much more simple than with a TV series. But, on the other hand, with TV you have great space and time. In some ways, TV series are like a novel.”

Hulík hopes viewers will be surprised as the story reaches its thrilling conclusion. “I hope it will make perfect sense – this is the only possible ending,” he says. “It will be a shot in the dark but a very natural conclusion. I’ve known the ending since the beginning but it was difficult to get to.”

From the opening scenes of Pustina, it’s clear the northern Bohemia location that serves as the visual backdrop to the series will play as important a role as any character in the show, with the English translation of the title – Wasteland – conjuring images of a desolate and foreboding landscape.

Hulík describes the environment as a “living organism” and one of the main protagonists: “You should get the feeling that the mine is ‘breathing.’ It should feel like it expands literally day by day and that, in the end, it will swallow up all the people and the whole nearby village.

“We were using the woods that surround the village in a similar way. We did our best to create the feeling that nature is a silent witness to everything. At least one of our characters – Karel – can feel this. At the end of episode two, he is looking at the trees in the woods and seems to be mesmerised by them. He knows that those trees are saying something to him but he can´t understand what they are trying to tell him – and the viewer can understand this as well.”

Hulík says that while he writes his scripts with visuals in mind, his notes are merely suggestions for how the drama should play out on the screen, rather than instructions to the director. “Each small gesture or small pause in the dialogue I try to write down in the script. But it’s just my suggestion. It’s a way of how to do it but maybe the director will find another option.”

But would he ever consider sitting behind the camera himself? “Absolutely not! I have no ambition to direct,” he insists. “I’m happy as a scriptwriter. My collaboration with Agnieszka Holland on Burning Bush was such a wonderful experience, we became such good friends. Scriptwriters quite often want to be directors when they see some directors spoiling their script, but nothing like that has happened to me. I don’t want to be a director. I’m quite happy!”

Antony Root, exec VP of original programming and production at HBO Europe, recalls that Hulík proposed Pustina just a month after the premiere of Burning Bush. “It’s what the British would call a ‘State of the Nation’ piece,” he explains. “We were very intrigued at the mystery of the missing daughter juxtaposed with the piece about what a community does when someone wants to knock down their village. It seemed to be a very potent dilemma.”

The drama, says Root, works on three levels: the mystery, the socio-political backdrop of the community’s peril and the family drama. “It’s a signature HBO piece with authorship and point of view,” he adds. “It’s not like anything else around in its country of origin and it will have some international reach. It’s a very original piece, certainly something with a voice. HBO looks for atmosphere and point of view and it gives us both.”

It was also a natural decision for the writer to return to HBO after the success of his first project with the network. “They are very open-minded,” Hulík notes, “and they are very smart. I hope to work with them again because it’s been a pleasure.”

He is currently adapting Simon Mawer’s novel Mendel’s Dwarf for the big screen but says he is already turning his attention to his next TV project.

“I hope Pustina will connect with audiences,” Hulík concludes. “I wanted to make something that would be appealing both for our audience in the Czech Republic and also abroard – like True Detective, Top of the Lake or The Missing. This was my hope and our dream. I don’t know whether we will fulfil it, but we did our best.”