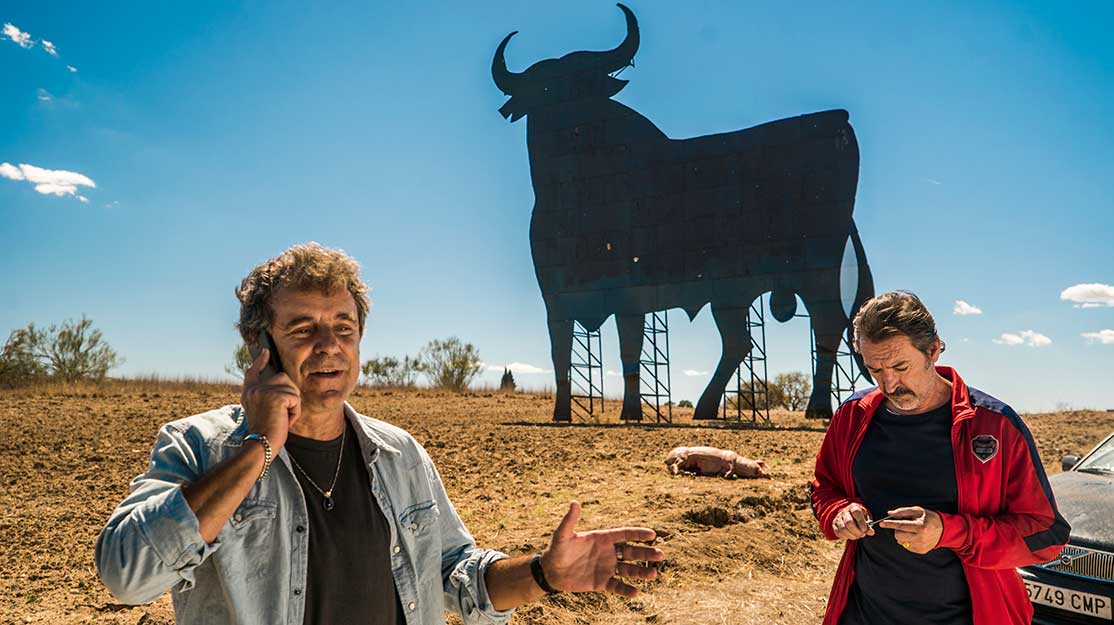 The creative team behind Spanish drama Matadero, a thriller tinged with dark humour, tell DQ about why they wanted to make a series that shows the true character of small-town Spain.

For a long time, Jordi Frades had wanted to make a show set deep in the Spanish countryside and focusing on the people who live there. A meeting with Antena 3 then presented itself as the perfect opportunity for the director to pitch “Fargo in Spain,” and the broadcaster, understandably, was keen to develop the idea further.

Frades then reunited with writer Daniel Martín Saez de Parayuel, with whom he had worked on royal period drama Isabel, to create Matadero, a 10-part series that mixes thriller elements with dark humour. “I gave him a very short story: it’s a thriller in the middle of nowhere,” the director recalls. From that briefest of outlines, de Parayuel went on to build a story around an ensemble of characters living in a small town.

The plot unfolds in Torrecillas, a village in the central Spanish region of Castilla, which is characterised by cereal fields that extend as far as the eye can see. It’s here that lead character Francisco runs a slaughterhouse – or matadero in Spanish – processing cheap, imported meat for sale. He works alongside his brother-in-law Alfonso, a vet by trade.

Blackmailed by Francisco over a secret he has kept from his wife, Alfonso turns a blind eye to the dubious condition of the animals they import and other illicit activites. But what Francisco doesn’t know is Alfonso is secretly a drug dealer – and an unexpected situation will disrupt the quiet life of these anodyne characters.

“I’m lucky to live in the countryside near Madrid, and I know the countryside,” says de Parayuel. “The challenge for me was to make a story that had all the ingredients of Fargo but with our characters and our background, and this was more difficult. But the characters are always pushing the drama.”

While de Parayuel progressed with the scripts, Frades was shooting another Antena 3 series, period drama La Catedral del Mar (Cathedral of the Sea), though he found no reason to interfere with the writing process. “What Daniel writes is what is on the screen. He gets the story and the characters perfectly, and makes it true,” Frades notes. “The characters get crazier and that’s fantastic. I had very few things to say, except ‘How are we going to make it?’ because we had very little time and very little money. It’s difficult.”

The process was made more complicated by the style the creators were aiming for, with a preference for an “ugly” series that portrays what real life is like for many people in Spain. “Usually in television in Spain, characters live in very nice flats, even though they couldn’t afford a flat like that in reality,” Frades explains. “We wanted them to have a horrible kitchen. The other thing I wanted to do was make a tribute to Spanish cinema and Javier Bardem, Penélope Cruz and Pedro Almodóvar, who make films about Spanish-specific characters. We wanted to show that kind of series because all thrillers in Spain pretend to be American thrillers and we didn’t want that. We wanted to make a very Spanish show.”

It wasn’t just the costumes and set decorations that were dialled down. Even Frades’ directing style was simplified as he adopted an “old-fashioned” approach, preferring flat shots to 300mm lenses and highly stylised camera movements. “Everybody asks me, ‘Do you want that shot to be so ugly?’ Yes, I want it to be ugly,” he jokes. “When the DOP saw the kitchen of the house, he said, ‘It’s impossible to shoot here. It’s two metres by two metres, it’s impossible with the cameras.’ But I said, ‘That’s why I like it, it’s real.’ I didn’t want a kitchen bigger than my house.”

That the series is also free of Spain’s popular period dressing is also a relief to Diagonal TV producer Montse García. “It’s really fantastic because Cathedral of the Sea is period and this is very different for us,” she says of the thriller, which will air worldwide on Amazon Prime Video.

Frades concludes: “We were a little stuck in period shows and we wanted something lighter that you could have a good time with. Sometimes this is the more difficult show, but we needed some fresh air after so many kings and queens and battles.”