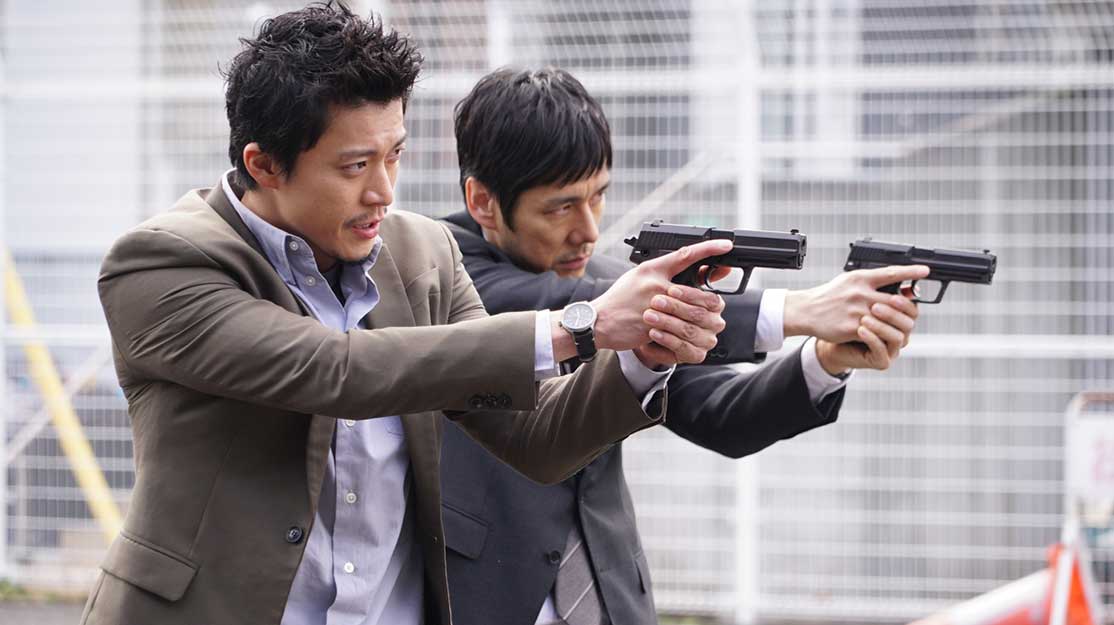 Japanese drama Crisis broke new ground when it became the first ever Asian series to have its world premiere at MipTV in Cannes.

Written by Kazuki Kaneshiro, the action thriller focuses on two members of a secret team of specialists working for the Security Bureau of the National Police Agency. In an age of terrorism and with the nation under threat, the unit handles highly political cases and occasionally carries out the government’s dirty work.

The series is headed by two of Japan’s best-known actors, Hidetoshi Nishijima and Shun Oguri. For the many combat scenes involved, they spent a year practising a martial art known as Kali Silat, under the supervision of Kaneshiro himself.

Oguri plays Inami, an investigator who tackles criminals with flashy moves, while Nishijima’s Tamaru is a serious and stoic detective who remains calm and calculated in his work.

Produced in-house by commercial broadcaster Kansai TV, Crisis is distributed by Fuji Creative Corporation, the international distribution arm of the Fuji Television Network, to which Kansai is affiliated. The series debuted in April following its world premiere in Cannes.

Kansai producer Takahiro Kasagi tells DQ how a partnership with Oguri led to the creation of the series.

Tell us about the story.
This drama revolves around the Special Security Squad, a secret team of specialists put together to handle highly unconventional cases that could lead to national crisis. Their enemies are terrorists, cults, military spies and drug cartels – forces we never imagined would emerge in the seemingly peaceful country of Japan.

What are the origins of the drama?
Three years ago, when I talked with Shun Oguri about making a drama together, he said: “I have a plan for a drama that I really want to do, but I think it would be impossible to make it in Japan.” The creator of this idea was Kazuki Kaneshiro, and Shun asked me to meet him. So I met Kazuki, discussed the idea of Crisis with him, and about a year-and-a-half ago, we agreed to just do it, and so it began.

How would you describe the writing process?
First Kazuki wrote up about 15 stories for the plot, from which we selected 10 stories. Then we discussed with Kazuki which order the episodes would go in. Once the first episode’s plot was decided, Kazuki started writing the actual script. That was the way we proceeded.

How did director Kosuke Suzuki become involved?
The show is very realistic and is of the style and scale of a feature-length movie, and I thought that would fit well with Kosuke, who filmed [Japanese broadcaster] WOWOW’s crime dramas Marks no Yama and Presumption of Guilt. I personally liked these shows and thought that, as Kosuke directed them, he and the cameramen and lighting staff that worked with him would also suit our drama well.

How were Hidetoshi Nishijima and Shun Oguri cast in the starring roles?
Shun, the leading actor, is the one who came up with the idea of Crisis. Finding his perfect co-star was a very important task, as it is a crucial role and another recognisable face would also be key to attracting the general audience. I approached Hidetoshi saying: “It’ll be a gruelling drama but will you join us?” When he said yes, I decided to give the project the greenlight.

What were the biggest challenges during production?
I felt that the scene in the Shinkansen [a high-speed train] in the first episode would really set the tone for the show, so deciding how to actually film that scene was tough.

How did you plan and film the combat scenes?
Kazuki’s script was very detailed, so the action team were able to create a video sample of the combat scenes based on the script. The actors then practiced while watching this video, and once they had mastered the moves, we started filming.

How does Crisis stand out from other Japanese dramas?
There are usually a number of hurdles you need to clear when making dramas in Japan, such as settling on an appropriate theme and adhering to budget restraints. In the case of Crisis, we set all the rules aside in order to create a drama that we – the actors, production team and the writer – really wanted to make.

How would you describe the current state of Japanese drama?
Shows are now being created on a target-based theory. Dramas are made only for a certain slot and for a certain target audience. For many dramas, the cast and theme are decided based on marketing research, and production is done to a limited budget.

What new stories are being told in Japan?
I think you will see more Japanese dramas being produced not only for the domestic market, but with the international market in mind, and that is what we aim to do too.