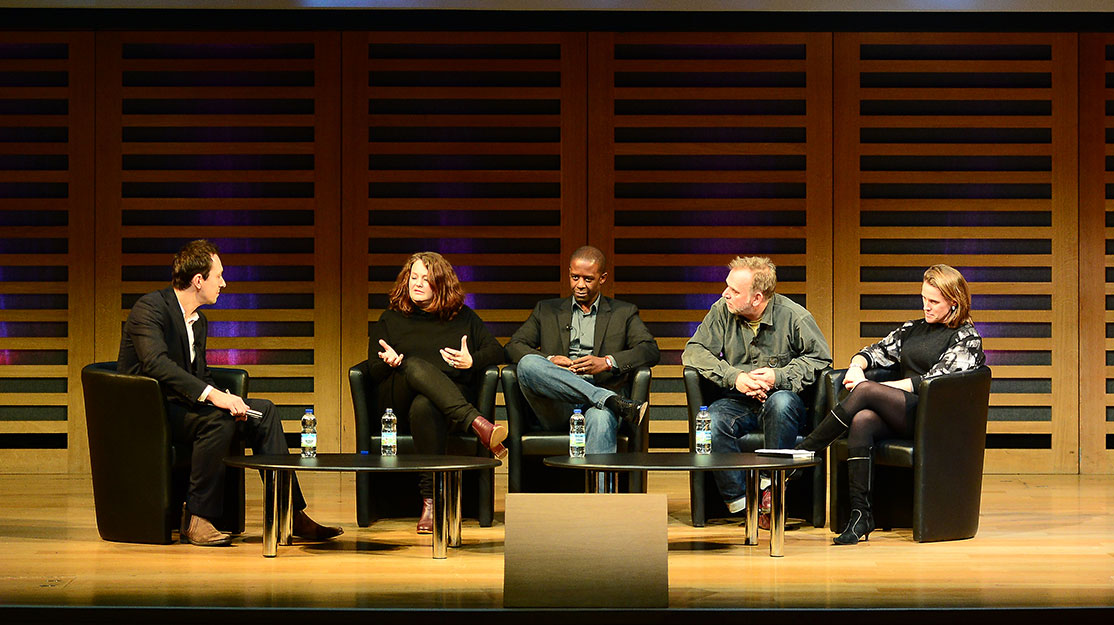 As Content London 2017 comes to an end, it’s clear that talent is now in greater demand than ever. But while a host of A-list names attended the three-day event, delegates also learned about a community of new writers with stories ripe for adaptation.

In its fifth year, C21Media’s Content London this week was bigger than ever before, bringing together more than 1,500 people from across the scripted television business for the International Drama Summit.

Panel sessions covered every corner of the industry, from the challenges facing distributors and how drama producers are changing, to ever-evolving market forces, uncovering new sources of financing and the secret to working with SVoD players.

Executives hailing from Spain, Germany, France, Brazil and Australia also took to the stage to discuss their domestic markets and their strategy on the international scene.

Unsurprisingly, one of the biggest draws at the three-day event, which finished today, was Swedish actor Sofia Helin, who discussed her career, the legacy of Bron/Broen (The Bridge) and new projects including Heder (Honour).

Helin’s appearance capped a line-up that focused heavily on the creative side of making television drama – and with good reason. As more and more money is made available to producers – through coproductions, SVoD players with money to burn and new funding companies ready to invest – financing is available to meet the high-end budgets dramas now demand. The talent attached to a project is now paramount, with the number of shows in development and production meaning actors, writers, directors and other key creatives are more in-demand than ever.

In a separate session, Helin was also joined by fellow actors Alexandra Rapaport and Julia Dufvenius to talk about Heder (Honour), which they have created and executive produced together with Anja Lundqvist, another actor.

The focus on creative talent inevitably led to the subjects of packaging and when to attach talent to projects, with ‘the sooner the better’ emerging as the general consensus.

Euston Films MD Kate Harwood revealed how the BBC snapped up Hard Sun before star names such as Deyn, Sturgess and Amuka Bird were cast in the lead roles, though commissioning the next series from Luther creator Cross was unlikely to be a difficult decision.

In such a congested market, talent is the quickest way for a show to make some noise. For most, however, there just isn’t enough to go around. That’s why it was encouraging to hear the Williams brothers discussing their forthcoming slate, which features series White Dragon and Cheat, both for UK broadcaster ITV and both coming from first-time writers.

With more than 10 years in the business, and being responsible for some of the most talked-about and compelling series of recent time, Harry and Jack Williams are now using their experience in the business to bring forward new voices – something broadcasters always say they are keen to do but rarely act upon.

In their bid to nurture new TV talent, commissioners and producers could also do a lot worse than sign up for a Wattpad account. The social media storytelling platform has a community of 60 million writers and readers, and the company is drawing data down to find the biggest hit stories and working with their creators and partners including NBCUniversal and Universal Cable Productions to bring them stories to screen. With more than 400 million stories uploaded every month in more than 50 languages, Wattpad looks set to become the next major player in the content revolution.

As Netflix warned that its seemingly limitless pot of money might not be enough to lure some series from emerging competitors such as Apple, Facebook and YouTube, talent will be more coveted than ever. In the words of Artists Studio co-founder Justin Thomson Glover: “You don’t know how exciting a project is until a script comes in and you have the talent and director.”