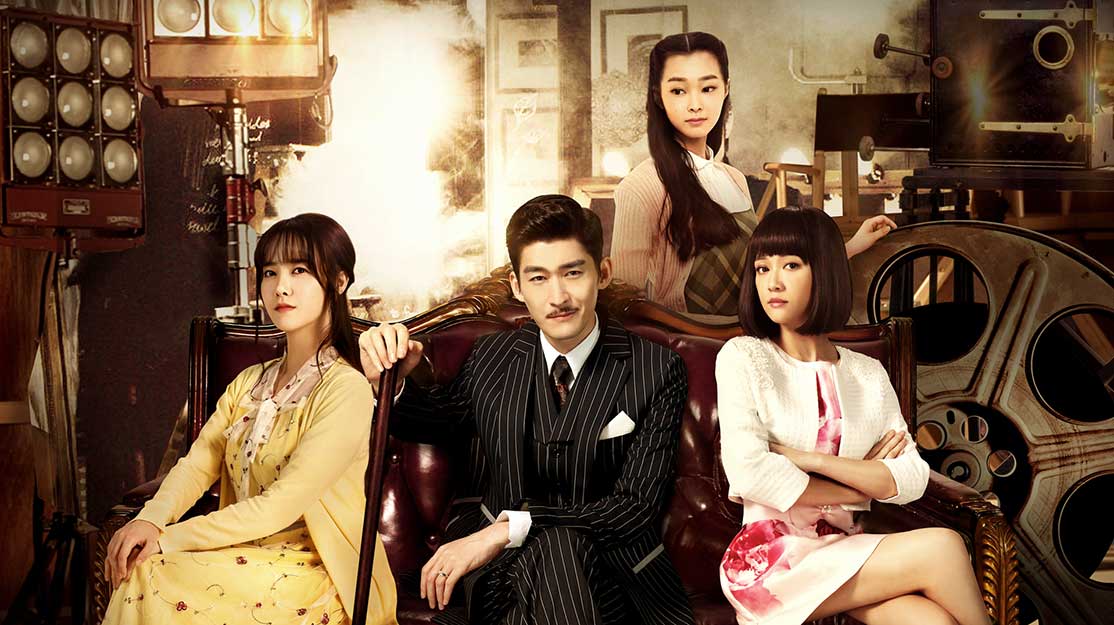 Hans Zhang stars in Chinese period drama The Legendary Tycoon, based on the life of Sir Run Run Shaw. Director Chuang Hsun-Hsin tells DQ about the man who inspired this 45-part biopic.

He has been described as one of the most influential figures in the Asian entertainment industry, building some of the largest film and television production companies in the region.

So it’s only fitting that Sir Run Run Shaw’s life – he died in 2014 aged 106 – is now the inspiration for a television drama produced and distributed by China’s Huace Group.

The Legendary Tycoon tells the story of a film tycoon who never gave up on his dreams of a career making movies, leading him to become a household name across China.

The series has yet to confirm a broadcaster or a premiere date, but it debuted in Cannes when it was screened at TV industry event Mipcom last month.

Here, series director Chuang Hsun-Hsin explains the origins of the series and the challenges of producing it, which included recreating several Chinese cities over a 50-year period.

How would you describe the story of The Legendary Tycoon?
Chuang Hsun-Hsin: It is a story about the entire life of the film tycoon Sir Run Run Shaw. He devoted his life to his film empire and influenced the development of Chinese films for half a century. He was also a famous philanthropist. Since the 1980s, he donated thousands of educational and medical buildings named Shaw Buildings and tens of billions of Yuan across the country. He deeply affected a generation of Chinese people. The Legendary Tycoon is a romantic story that tells how Shaw pursued his Chinese film dream in the 1930s.

What attracted you to the project?
I used to watch a lot of Shaw Brothers films when I was a child, including the early Huangmei operas and the later Kung Fu films. I majored in drama at university so I felt really excited to direct a drama about the story of Shaw. It’s an honour for me to be invited by Huace to join this project.

What are the strongest themes in the series and why are these important?
The most important theme throughout this drama is that everyone has a dream. Shaw had a passion for film and drama since he was very young. No matter what he suffered, he always insisted on this dream. Even when he was arrested by the Japanese army because of the anti-Japanese films he made during the Second Sino-Japanese War, he never gave up his dream. He finally established his own film kingdom and became the godfather of Chinese film, having a crucial influence on the development of Chinese film industry.
He [had close relationships with] three women during his life – including his first lover who encouraged him to pursue his film dream and never give up, his wife who met him in Singapore, and his confidante in his later years – and they all had different influences on him. When he faced a choice between his career and his love or suffered from scandals, he never changed his mind or his love for his wife. It’s very impressive and admirable.

What was the origin of the story?
Shaw passed away on January 7, 2014. He was a film and TV tycoon and one of the most respected philanthropists among Chinese entrepreneurs. He needs no introduction to any Chinese community across the globe. People organised mourning ceremonies for him all around the world. Although he is gone, his films and TV series will still exist, his donation of educational and medical buildings will still exist and his contribution to the Chinese film and TV industry will be eternal.
His entire life was legendary. It is worthwhile showing his story and the “century-old dream of the Chinese” to the whole world.

How do you prepare scripts for a 45-episode series?
The creation of the whole script took about two years. Huace’s dramas always aim to showcase Chinese culture and spread proper values. The key aim of this drama was originally set as expressing humanistic feelings and artistic values.
The Legendary Tycoon not only focuses on the life of the protagonist but also examines the development of Chinese film industry. It will lead the audience to experience the transition of Chinese film in the past 100 years and the film dream of a whole generation. Originating from Chinese opera and crude stage plays, the Chinese film industry underwent changes from silent to sound, from black-and-white to colour and from traditional technology to modern technology. This drama shows the process.

How would you describe your directing style and how did this influence the look of The Legendary Tycoon?
I graduated from National Taiwan University of Arts, majoring in drama. I had actually directed different genres of TV series, including historical drama, martial arts drama, detective drama and modern drama, so it’s hard to define my directing style. In fact, I thought a director was a storyteller. The most important thing for me was how to describe a story felicitously and how to affect the audience. The Legendary Tycoon was a celebrity’s biography to some extent. Therefore, I asked the cast to be more natural in their acting and I gave up the exaggerated style of filming so as to create a sense of reality. I hope the audience can put themselves into the story. I tried to use the classic style of the 1930s instead of the very bright colours of modern times.

Who are the lead cast members and what do they bring to the series?
The lead actor is Hans Zhang. He is very popular among the younger generation in China. It’s his first time playing a role that crosses nearly half a century, from the 1930s to the 1980s. And he was very serious about this programme because, after all, Shaw was such a respectable film tycoon, a famous entrepreneur and a philanthropist. Hans depicted these three identities vividly and naturally and I thought this was one of his best performances in a TV drama.
There were three main actresses: Song Yi played Shaw’s first lover, Ku Hye-Sun (Korea) played his wife and Joe Chen (Taiwan) played his confidante, who was also a famous and award-winning actress. They were all very popular in China and all of them did excellent jobs in this drama. There’s a lot of romance in the show and the audience can see a different side of Shaw.

What were the biggest challenges during production?
This drama spanned quite a long time period, including 1930s Shanghai and north-east China, Singapore, Malaysia and 1950s Hong Kong. The biggest challenge was how to restore the atmosphere of those times. Artistic design was one of the main difficulties. [In addition, we couldn’t use footage from popular films of the time], which was another tough problem for us.

What is the message that you hope viewers will take away from the series?
It’s kind of distant and unfamiliar to a young audience – bu maybe very fun as well. There are a lot of young people around the world who also have a film dream just like Shaw did. Dreams are beautiful but reality is cruel. Through The Legendary Tycoon, I hope the young audiences can feel the hardship and glory of Shaw and never forget about their original dreams and finally have a bright future.