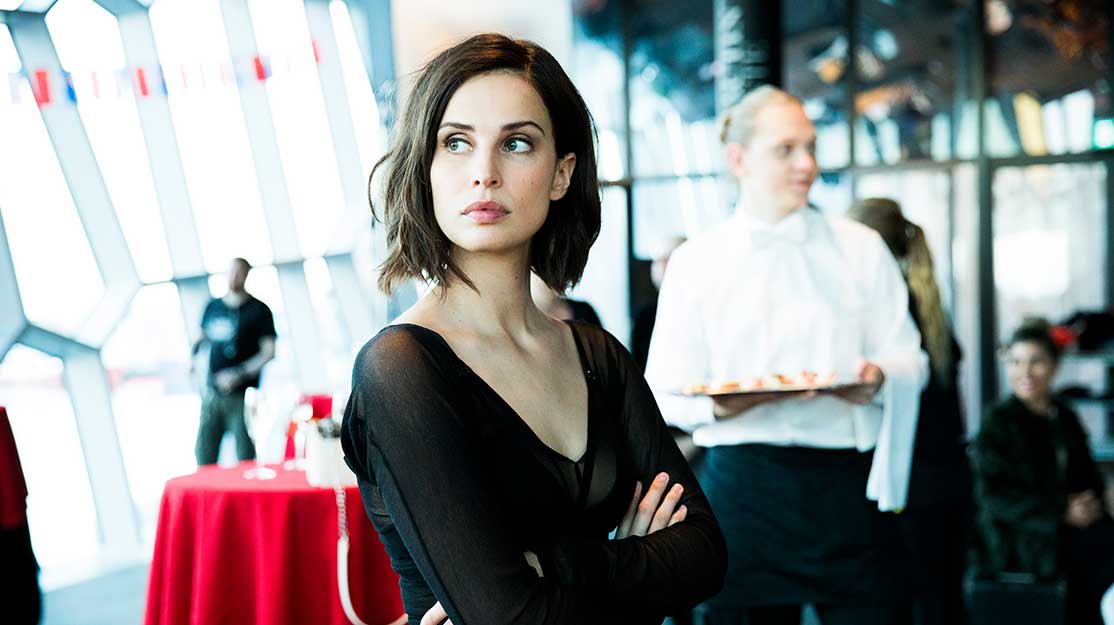 Ten years after Forbrydelsen (The Killing) first aired and with the final season of Bron/Broen (The Bridge) starting next month, Nordic crime drama has dominated the international landscape for a decade. But what does the future hold for the genre and where will those who make it go next?

The impact of Nordic noir has changed the landscape of television drama forever. It gave audiences around the world a taste for serialised TV beyond what comes out of the US, and spawned thousands of imitations, including high-profile Hollywood remakes such as AMC’s version of The Killing (based on Denmark’s Forbrydelsen) and FX’s version of The Bridge (originally Swedish/Danish drama Bron/Broen).

But in an industry that prides itself on ingenuity, the region does not want to be seen as resting on its laurels. In the small town of Lubeck, northern Germany, the film festival Nordic Film Days recently showcased the latest attempts to reboot the crime genre.

“We were nervous about the reviews,” says Bjorn Ekeberg, writer of Grenseland, TV2 Norway’s new series about an Oslo cop who goes to visit his home town only to find his family is implicated in a local murder. But much to Ekeberg’s delight, the reviews were very positive. One newspaper gave it a top rating, though the title of the review read: “Makes you forget you’re watching Nordic noir,” underlining the point not only that audiences at home are sometimes harder to please than foreign ones, but also that the backlash against genre is significant

Ekeberg, who had worked on Valkyrien, another hit from Norway, believes audiences and reviewers received Grenseland well because they were not merely watching a crime series. It’s a “family drama at its core,” he says. “The crime story is the ‘wrapping,’ so to speak.” This twist on the genre was noticed by Sky Deutschland and Netflix, which have bought the rights to air the eight-part series.

Innan vi dör (Before We Die) experiments with a different narrative style from what viewers are used to in Nordic crime. In the series from Sweden’s public broadcaster SVT, detective Hanna Svensson discovers a new threat from a restructuring of power in Stockholm’s underworld.

But the story does not start with a spectacular murder that is then investigated over 10 episodes, a structure familiar to many crime drama viewers. “This is different,” says director Simon Kaijser. “It’s not relying one on question – who did it? – It’s relying on constant tension.”

“The fast pace is different to much of Scandi noir,” adds the show’s writer, Niklas Rockström. “Every scene is moving the story forward. In Wallander [a show for which Rockström also wrote episodes], the audience is always told how you get the information that then leads to the next scene. In Before We Die, we’re trying to jump to the next plot point. The Americans are good at that; we’re trying to use their way.”

Stella Blómkvist (pictured top) is the first original Icelandic show ordered by regional SVoD service Viaplay and was the most dramatic move away from the world of Nordic noir to be shown at Lubeck. “It’s noir,” says director Oskar Thor Axelsson, “but it’s not Scandi noir.”

The femme fatale character of Stella (who is based upon the heroine of a series of books by a mysterious and anonymous author rumoured to be part of Iceland’s political establishment), electronica soundtrack and neon visual style of the show give it an air of film noir on steroids rather than nordic noir’s naturalism. The world has its own rules that are not our reality. “You can get a crazy idea and throw it into the world and it will be fine, because that’s the world,” says Axelsson, a successful feature film director who also directed episodes of 2016 Icelandic hit Trapped.

Grenseland uses some of the familiar visual tropes of Nordic noir, such as beautiful shots of the forest on the border between Sweden and Norway, and thus eases the viewer into a world they are familiar with – but then gives them something different. Other shows, meanwhile, actively shun these tropes.

Before We Die does not make use of the famous aerial shots of lush Nordic landscapes or impressive settings (the classic example being the bridge between Malmo and Copenhagen in The Bridge) that have come to define Nordic noir.

“We did not want to do that. The story is told from the point of view of the mother and son, shot on the ground, from their point of view,” says Kaijser, who is also a feature film director. Kaijser made the acclaimed film Stockholm East with producer Maria Nordenberg, who collaborated with him again on Before We Die.

Hassel, a Swedish series (also from Viaplay), is based on as series of pulp-fiction novels about a cop investigating serious crime in Stockholm. The books were adapted for the small screen in the 1980s and the recently rebooted version is very much in the trend of moving away from the visual style of Nordic noir.

“We have used a warmer colour palette, using reds instead of blues that form the colder world of Nordic noir,” says the show’s writer, Henrik Jansson-Schweizer. “Much of Hassel is shot on location, in particular around the bridges that connect the famous, beautiful old town of Stockholm to the less wealthy suburbs. Again, this is a statement that we are in a different world with different characters.”

“Hassel is not at home drinking scotch and listening to opera,” says director Amir Chamdin, a former musician and music video and feature film director. “He came from the streets, from the same neighbourhood as the bad guys. He’s not a desk cop, he’s a street cop. He’s going to be even badder than the bad guys to get the job done.” This also reflects Chamdin and Jansson-Schweizer’s influences, which include classic 70s films such as The French Connection and Mean Streets as well as the TV cop shows they fondly recall from their childhoods, such as Baretta and Kojak.

Chamdin’s musical background provides an exhilarating operatic rhythm to the show that is in obvious contrast to the moody, brooding and ethereal soundscapes of Nordic noir. Hassel’s hard-boiled titular character, played by Ola Rapace, is certainly taking cops in a new direction from the heroes and heroines of the genre. Symbolical of the changing of the guard, one of Rapace’s early career breaks was playing Wallander’s junior officers in the Swedish series, in which Krister Henriksson played the grouchy detective.

Ironically, however, the show is similar to traditional Nordic noir in that it reflects social issues in Sweden right now. “There’s a big debate going on that the police don’t get enough pay, so we tried to reflect that,” says Jansson-Schweizer. Chamdin adds: “They are not wealthy people. It’s not a fancy lifestyle, it’s a commitment. Cops are struggling, man.”

But not all crime shows screened at Lubeck were trying to escape the Nordic noir tradition. NRK’s Monster is instantly recognisable as pure Nordic noir – the atmospheric and beautiful Norwegian Tundra landscape, the missing girl, a lone female detective. Even the cinematography is done by Jørgen Johansson, who worked on the genre’s most iconic series, The Bridge and The Killing. But somehow the combined storytelling skills of writer Hans Christian Storroston and director Anne Sewitsky have created something completely new.

“We have to keep the strengths but also see where can we push the archetypes, push the conventions, push this art form into something new and figure out where we can go next,” says Storroston. International broadcasters were quick to snap up the rights to air Monster, with buyers including US cable channel Starz.

Crime drama from the Nordic region is certainly going through a transitional period. Some writers and directors are pushing at the familiar tropes of Nordic noir to come up with something new, whie others reject them completely. The level of creativity and experimentation on show at Lubeck makes it clear the Nordic industry is in rude health. It seems Scandi crime drama is on a thrilling journey that viewers from around the world will no doubt be keen to watch.