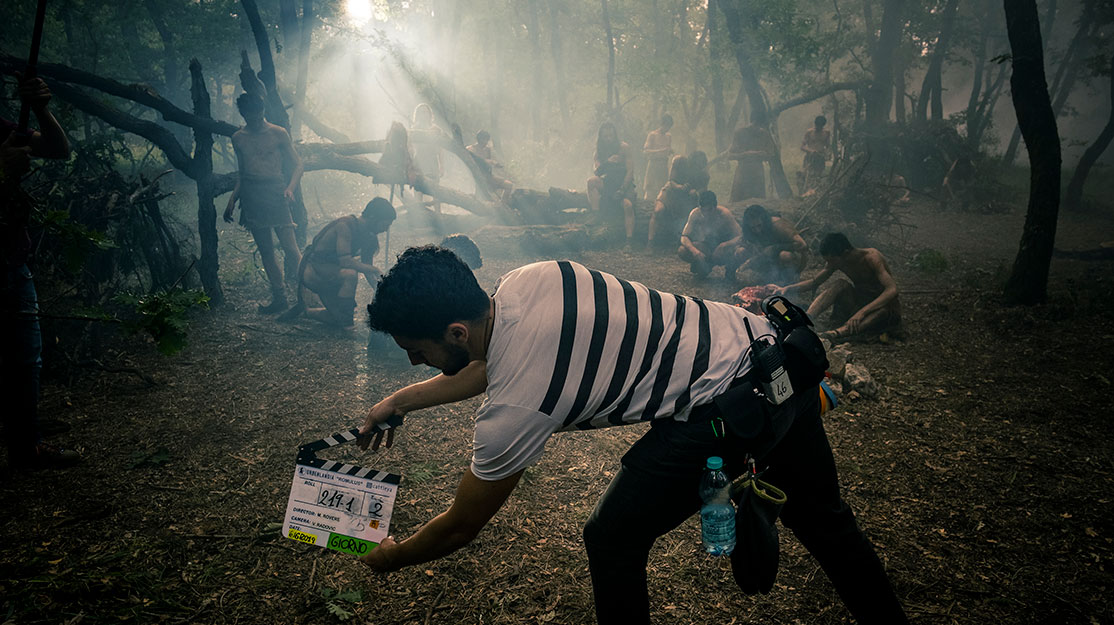 Marco Chimenz, co-CEO of Italian producer Cattleya, introduces DQ to Romulus, an ambitious 10-part series that retells the founding of Rome, all in ancient Latin.

In his 2019 film The First King: Birth of an Empire, Italian filmmaker Matteo Rovere retold the myth of twins Romulus and Remus and the birth of the city of Rome, set in the eighth century BC and with dialogue in archaic Latin.

A precursor to that story now comes to TV in Romulus, a 10-part series created and directed by Rovere in his first work for the small screen. Also told in Latin, it is described as a hyper-realistic and ambitious drama that recalls the genesis of Rome, seen through the eyes of three people marked by death, loneliness and violence in a world where one’s fate is determined by the power of nature and the gods.

As these men and women learn how to shape their own destinies instead of passively suffering the whims of fate, a ferocious and protective female figure leads the formation of a new society, laying the foundations for one of the greatest empires ever.

“This is a story about tribes,” explains executive producer Marco Chimenz, co-CEO of producer Cattleya (Gommorah, Suburra). “We don’t actually get to see Rome in season one. What we see are these almost primitive men and women, terrorised by nature and gods. We follow the stories of three or four characters, all outcasts for one reason or another, and how they survive and take their destinies into their own hands.”

Early footage of the series – which was ordered by Sky Italia and will have its world premiere on Monday on C21 Digital Screenings – is filled with action. One riverbed fight is particularly impressive, while other scenes demonstrate themes of brotherhood between characters and their otherworldly meetings with ethereal spiritual, mystical and religious figures.

“Superstition and religion are very much parts of the story,” Chimenz says. “They were very much part of the lives of these men and . We are not actually narrating the legend of the she-wolf that saves the twins [the then-infant Romulus and Remus, whose story led to Romulus founding Rome].

“We do have a she-wolf but she’s a guerrilla leader, a woman who leads a group of outcasts to fight against the established power. She already has an idea of Rome, which is an idealised place that can free men and women from fear of nature, of gods and constant oppression and slavery. It’s a very modern ideology.”

Brotherhood, and the idea that bonds of friendship are sometimes stronger than those between blood relatives, is a theme that had played out in other Cattleya series, such as crime dramas Romanzo Criminale and Naples-set Gomorrah.

“We have a lot of the ingredients we have already used in other series, but in a universe that was never known,” Chimenz says. “This is done with a realistic ambition to do something that is powerful narratively but has a very realistic approach to the storytelling.”

The series, coproduced by Groenlandia and distributed by ITV Studios Global Entertainment, is based on historical and archeological research, while constructing the sets for the ancient city of Alba Longa took six months. Filming lasted for over 30 weeks and hundreds of extras were trained for the intense battle sequences that involved hundreds of stunt performers and horses.

That Romulus plays out in Latin also makes the series stand out from other ‘swords and sandals’ dramas, with the scripts written first in Italian and then translated into Latin and corrected by scholars. “We have all seen a lot of films and TV series about ancient Rome and they are spoken in English, very often British English, which has become the language for this kind of storytelling,” Chimenz says.

“Doing this series in English was not realistic, but doing it in Italian was not realistic either, so we decided to recreate this language. The actors had to learn all the lines and dialogue by heart, which prevented them from improvising – which is actually a good thing sometimes.”

It’s not the first time Cattleya has produced a series in a distinct language – Gommorah’s Neapolitan dialect forced even Italian audiences to switch on subtitles. “Sometimes we joke and say this is a prequel to Gomorrah,” Chimenz adds. “That’s a bit of a stretch, but there are elements there.”