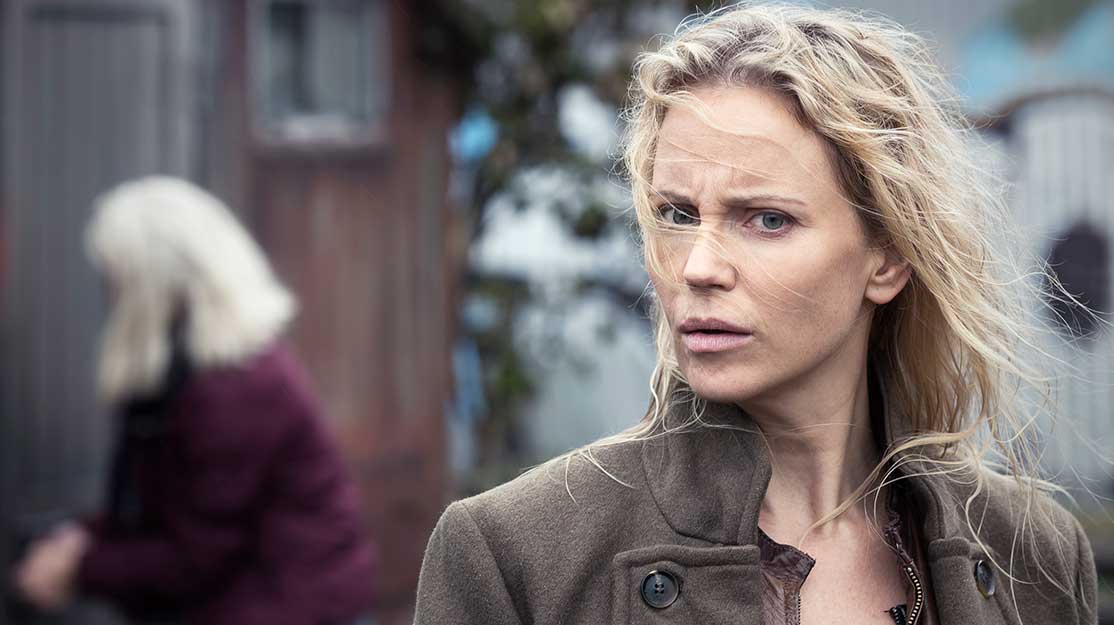 Building on The Bridge: Filmlance’s Lars Blomgren on Nordic drama

As the third, ‘best yet’ season of international smash hit The Bridge approaches, Lars Blomgren of coproducer Filmlance explains why the Nordic drama has travelled so well, and reveals the other upcoming dramas on his firm’s slate.

On air in more than 150 countries and providing the inspiration for two international adaptations, it’s hard to deny the impact Nordic noir thriller The Bridge (aka Bron/Broen, pictured above) has had on television screens around the world.

So when the series’ executive producer says the forthcoming third season is the best yet, plenty of viewers are bound to get very excited.

The Swedish/Danish coproduction, created by Hans Rosenfeldt, saw detectives from both countries unite to solve a grisly murder after the discovery of a body on the Øresund Bridge, which connects the two nations.

Produced by Sweden’s Filmlance and Denmark’s Nimbus Film, it first aired on Denmark’s DR and SVT in Sweden in 2011, and its sequel followed in 2013.

This autumn, viewers can look forward to the third instalment. Plot details are a closely guarded secret, but Filmlance MD Lars Blomgren says there is plenty to be excited about.

“Sofia Helin (who plays Saga) is giving the performance of a lifetime. It’s one of the best performances I have ever seen.

“We have always tried to keep a balance between how complicated the case is and keeping the audience’s attention. The producers and writer Hans Rosenfeldt are a fantastic team.”

The international success of The Bridge led to two remakes – The Bridge on US cable network FX, which transplants the action to the US-Mexico border, and The Tunnel, a UK/French coproduction that centres on the Channel Tunnel.

The former was cancelled last year after two seasons, while The Tunnel is set to return for a second season – called The Tunnel: Debris – in early in 2016 on Sky Atlantic and Canal+.

Blomgren says the new run of The Tunnel “looks brilliant. I’m really happy and proud.” However, he is disappointed that the US remake didn’t get another season.

“One of the best things about the show was they made a late decision to switch the location of the story from the Canada-US border to the Mexico-US border,” he explains. “It took their show in a completely different direction to ours and it meant they didn’t really compete with us. It was one of the few shows in the US that was politically relevant. I think they were really close to picking up a third season.

“The Bridge is the perfect remake model. I’m not in favour of cross-border series because often there’s less depth to the story. But if you take two neighbours, you will always be in conflict and have close relationships. Wherever you put this, it could work. There’s room for a Hispanic version – the question is where you make it.”

With competition for scripted hits more fierce than ever, dramas are being seen as the way to build a brand. And the cheapest way to do this is with returning series. No wonder, then, that with four returning dramas on its slate in 2015, it’s been an “unprecedented” year at Filmlance.

As well as The Bridge, the Stockholm-based company is also back with Beck, its long-running TV movie franchise based on the detective novels by Maj Sjöwall and Per Wahlöö.

Filmlance is also producing season five of Morden i Sandhamn (aka Murder in Sandhamn), the TV4 crime drama based on the books by Viveca Sten and described as “Midsomer Murders on an archipelago,” as well as the latest instalment in the Arne Dahl series, another crime adaptation.

“It’s easier to get a second season than a new series on air,” says Blomgren. “All over the world, with binge-watching and changing consumer habits, it’s almost like the audience doesn’t want to commit to a new series unless there’s a second season.

“Follow-up seasons are becoming more important and it takes time to build a brand. If they’re good, you fall in love with the characters and want to hang out with them more. Currently, it’s so much more difficult to start from scratch and create a new universe. With The Bridge, it’s easier to talk about the reasons for changes in the new season than talk about something completely new. You can do major changes and still retain the same level of quality.”

Will there be a fourth season of The Bridge? “I think there’s going to be more,” Blomgren says. “If you look at the Scandinavian market, there’s a lot of talk about Scandi noir, but the most expensive stuff travels. I don’t think any broadcaster would say ‘we don’t want to do more than three seasons.’ As long as you can keep the same quality and keep the same passion, then I think it’s fine.”

One new series on the books at Filmlance is Spring Tide (aka Springfloden), which began production last month. Based on the opening novel in a new trilogy penned by Arne Dahl writers Rolf Börjlind and Cilla Börjlind, the first 10×45’ series will air on SVT in March 2016. The other titles, Den tredje rösten (The Third Voice) and Svart gryning (Black Dawn), will also be adapted for television, Blomgren says.

He adds: “80% of primetime television is local now – high-end drama that’s local. That’s the thing that travels too.

“It’s very difficult for new scripted projects to break out as it’s easier to order another season. Some countries also prefer to adapt. They see scripted formats as the same as entertainment formats.

“It’s a great time for drama. People are also opening up to subtitles. We have to be grateful to The Killing (aka Danish crime drama Forbrydelsen). Without it, there’s no The Bridge.”